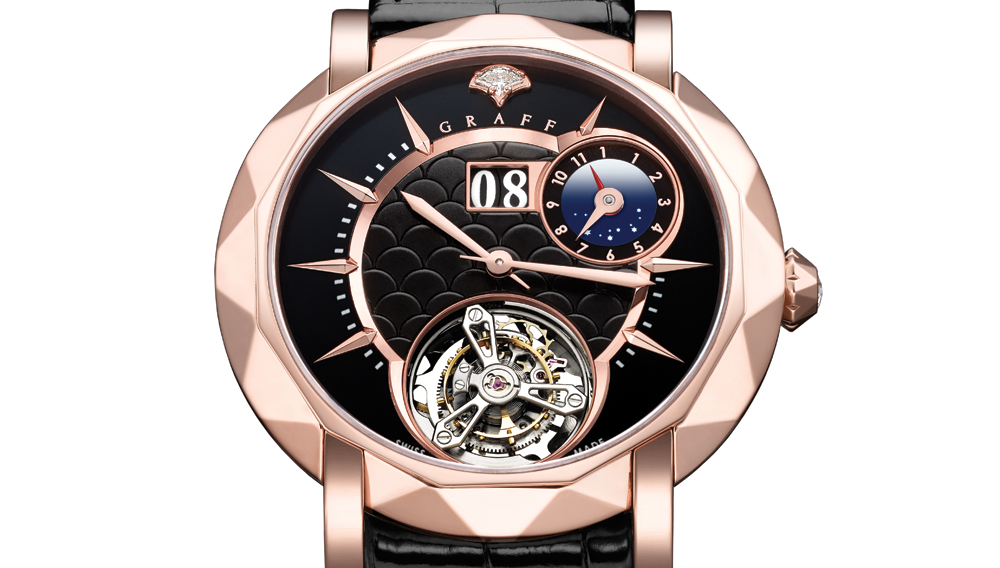 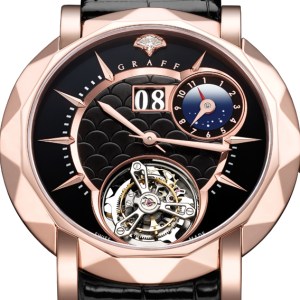 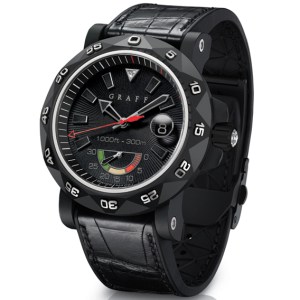 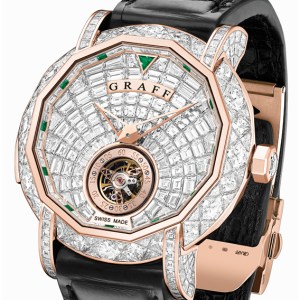 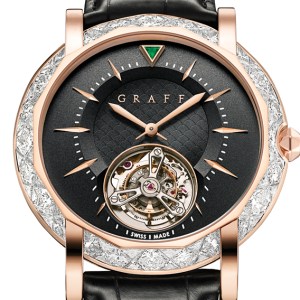 Adept development takes Graff watches out of the stone age.

When Graff, one of the world’s most respected diamond companies, debuted a line of watches, most people expected the virtuoso jeweling displayed in the brand’s first collection. The surprise came later when Graff began to introduce a succession of proprietary calibers—five in six years—including a slew of high complications, two of them world firsts, and 120 new models, including a robust sports watch with a 300-meter depth rating. Even the CEO of Graff’s timepiece division, industry veteran Michel Pitteloud, acknowledges the unusually brisk pace of this acceleration into the high-end—and high-cost—world of caliber development.

“Today we run at 100 kilometers an hour. Twenty years ago, it was only 25 kilometers an hour,” says Pitteloud, without whom Graff may not have been in the race at all. Even an upstart with seemingly unlimited development funds needs a man on the inside who knows the Swiss industry: the movement developers, the component makers, and the watchmakers, whose input is essential to creating a respectable collection.

“For the movements, I went to the best,” Pitteloud says. “Pierre Favre [the head of Geneva-based Manufacture Hautes Complications (MHC), who collaborated on several calibers] was head of complications for Patek Philippe for 25 years. From the very beginning, I wanted the best possible people we could go to, and we invested a lot of money, not only in the jeweling [of the 1,200 to 1,500 watches Graff makes per year, half are gem set] but in the movements.” He hastens to add, “And we developed not only complications but basic useful calibers—a scuba movement and an interesting automatic movement.”

Pitteloud has had a fortuitous trajectory in the watch business, landing in the midst of key milestone moments for the Swiss industry. He began his career 35 years ago as a lawyer for the Federation of the Swiss Watch Industry. After a stint as a brand manager for movement maker Ebauches SA (now ETA), he left to pursue gemology with high-end Swiss jeweler Golay Buchel. After a year, Gianni Bulgari recruited him to manage the Italian jeweler’s watch business. He spent 10 years with Bulgari, followed by another 10 at Harry Winston, extensively renovating the watch collections at both marques. With such a remarkable tenure at two of the most noted diamond watch producers in the world, it is little wonder Laurence Graff recruited him several years later to start the company’s watch division.

Graff’s first collections included both jeweled and technically complex men’s watches like the ScubaGraff dive watch, and were powered by a trio of relatively simple mechanical movements commissioned from a small boutique manufacturer in the Swiss Jura. But over the next couple of years, beginning in 2010, a procession of one prestigious complication after another, including the MasterGraff Minute Repeater Tourbillon and MasterGraff Chrono Tourbillon, made even serious watch collectors sit up in their chairs.

​Pitteloud had been working his contacts in the industry, equipping these watches with complicated movements from well-regarded companies like MHC and Concepto, and encouraging these suppliers to provide ever-more innovative constructions, such as a skeletonized tourbillon with a sapphire crystal bridge.

Given his background, the assumption is that Pitteloud is the force behind the Formula 1 pace of Graff’s caliber development, but Pitteloud says it was Laurence Graff who propelled the enterprise. “From the start, he was the person who really pushed me,” Pitteloud says. “Mr. Graff likes watches, and he has a very nice collection himself. He wants Graff watches to perform as well as the watches in his collection. So it was a push on his side. I would have made complications anyway … but maybe not as quickly.”