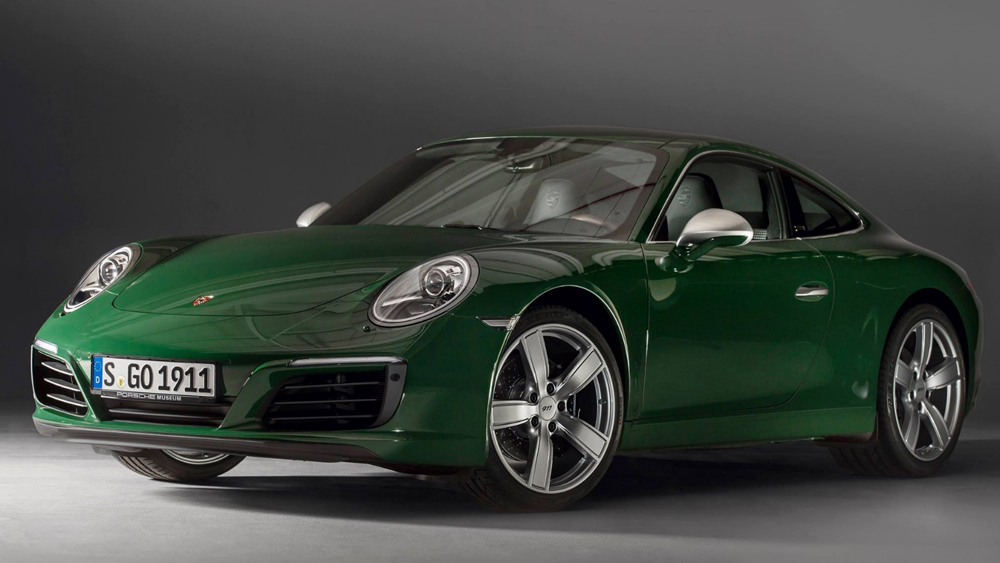 In May, at a facility in Zuffenhausen, Germany, the one-millionth Porsche 911 production-model—a Carrera S bathed in a vibrant shade of “Irish Green”—rolled off the assembly line, marking if not the end of an era, then certainly the fulfillment of Ferdinand Alexander Porsche’s 54-year-old vision: to create the ultimate sports car.

Now, watch enthusiasts besotted with Porsche—and let’s be honest, many of them are—can honor that milestone with the 1919 Datetimer One Millionth 911 ($4,200) from Porsche Design, the company F.A. Porsche built in 1972 to extend his reach beyond the world of automotive.

Housed in a 42 mm titanium case, the timepiece pays homage to the millionth 911 production model with a few subtle but unmistakable design details, including an Irish Green second hand painted the exact shade of the car’s body color, the gold Porsche Design crest on the dial is inspired by the gold coat-of-arms on the front of the vehicle, and the number “1000000 911” to signify the production milestone. The watch even comes on a strap made from the same leather used for the seats of the car.

The wristwatch belongs to Porsche Design’s Bauhaus-inspired 1919 collection. Introduced in 2015, the line was conceived as the horological equivalent of the 911, with its emphasis on clean lines, exquisite engineering, and a form-follows-function design ethos.

The 1919 collection currently consists of five core models: the Datetimer, Datetimer Eternity, Datetimer Eternity Black Edition, Globetimer, and Chronotimer. Each is available in different color and material combinations for a total of 19 variations, including the One Millionth 911 timepiece. Like all 1919 Datetimer models, its chief feature is a slim, large format dial graced by Arabic numerals and indices coated with Super-Luminova for maximum legibility.

Limited to 130 pieces worldwide (including just 20 in the United States), the 1919 Datetimer One Millionth 911 is available for online or at Porsche Design retail stores.