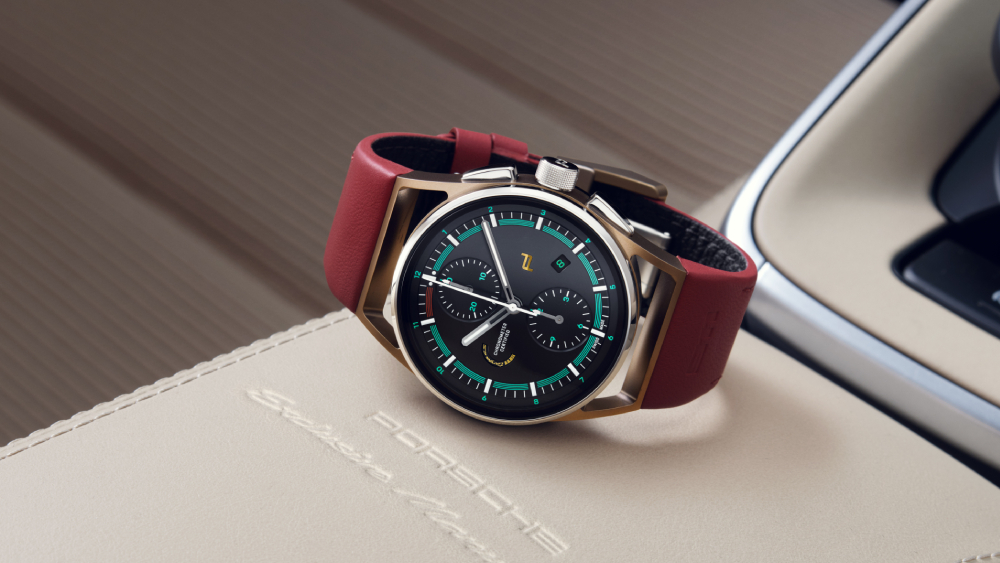 There’s something about finely tuned machines that just always complement one another. Case in point: if you’ve ever wanted the kind of watch that can hold its own against one of the world’s best cars, Porsche Design may finally have your answer.

Specifically created in conjunction with the marque’s launch of the 911 Targa 4S Heritage Design Edition sports car, Porsche Design’s newest chronograph also takes its inspiration from racing vehicles of the ’50s and ’60s. The first of four timepieces set for release, it was developed by Porsche Exclusive Manufaktur as a collector’s item using colorways and patterns taken straight from the company’s iconic cars.

Available exclusively to the lucky owners of the actual roadsters, every element was selected to mirror models from the vast archive. For example, the white second hand and green circles found on the dial are meant to evoke the 356’s speedometer while the embossed leather strap is cut from the same plush leather used in the automaker’s interiors.

The transparent caseback of the Heritage Edition watch.  Courtesy of Porsche Design

The company chose titanium for the case material because of its light weight, corrosion-resistance and durability, not to mention the fact that it is often employed in race car engines for precisely the same reasons. It houses a WERK 01.100 movement which bears a chronometer certificate from the Swiss C.O.S.C.-Institute. Proving that no detail was considered too small to overlook, even the rotor was forged to resemble the Fuchs wheel, developed for the first Porsche 911. The limited-edition number that corresponds to the car is laser-engraved on the elaborate, largely transparent caseback.

Scheduled to go on sale this fall, the 911 Targa 4S Heritage Edition is a nostalgia-filled variant that draws from a bevy of sources in Porsche’s history. The two-seater has a dark, metallic cherry red paint job with crisp white racing stripes trailing from its headlights and a vintage crest fixed to the hood and hub covers originally used in 1963.

Beginning this month, the $14,000 watch will be offered exclusively at Porsche dealerships worldwide to future owners of the Porsche 911 Targa 4S Heritage Design Edition.