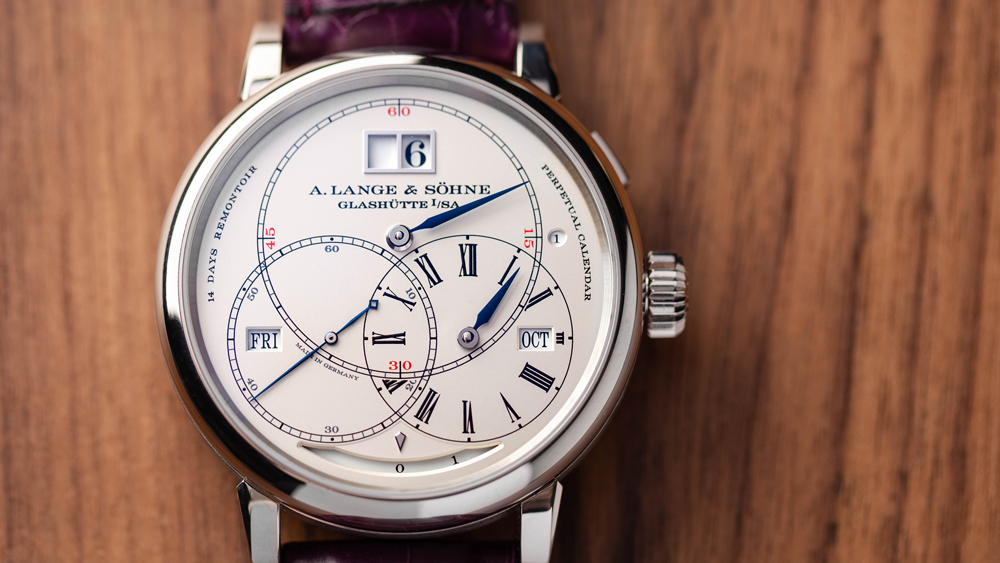 Bored yet with social isolation? Running out of ingredients for quaran-tinis? Craving some retail therapy? There is no need to suffer. Virtual window shopping falls within the realm of isolation protocol, and with prices dropping, you could emerge from this mess with a new pre-owned watch to show off when social gatherings become socially and medically acceptable again.

Dealers say they are lowering prices on some models, and more treasures are coming in by the day, so now may be the time to find the watch you’ve been looking for. We asked a few online dealers to tell us what’s happening in the world of pre-owned and to recommend a few of their coolest picks.

“We’re starting to see an anticipated correction for pieces that were commanding significant multiples over retail prices on the secondary market,” says Justin Reis, global CEO of Watchbox.

“Across all categories, market prices are sliding accordingly. Whenever there is an imbalance or shift between supply and demand, the opportunities to buy great product at great value will rise.”

James Lamdin over at Analog/Shift says he has seen some steep drops on the market for contemporary Rolex and Patek Philippe in the past week. “There is some fear in the larger economic picture right now, so some private collectors are selling timepieces for below market value if they are overextended from a cash standpoint.”

Some collectors are counting on it. Eric Wind of Wind Vintage says that, “since last week I have been getting calls from clients saying they would be a buyer of exceptional pieces, if I see any good opportunities right now. I have a friend who is in the art world and he has been getting the same calls.”

There are plenty of current “it” watches out there on the pre-owned market, including the coveted Rolex Daytona and Patek Philippe Nautilus—pieces you won’t find new at retail for the foreseeable future, virus or not, and that is reason enough to browse the pre-owned sites. Here are some other choice picks from dealers, including a Movado-made Cartier from the 1950s, a gold Rolex with a fun spelling mistake and an incredible Roger Dubuis minute repeater.

F.P. Journe Repetition Souveraine Minute Repeater ($169,500), with a manual wound movement made of 18-karat gold. It has a 40 mm stainless steel case and silver dial with orange alligator strap. Made in 2008, it is the only repeater currently in the Journe collection. With blue hands and numerals and a matching strap.

This gold Rolex Submariner reference 1680 ($35,000), made circa 1971 was the first Submariner model to feature a gold case. This piece is unique in that the word “patented” is misspelled “pateted” on the inside of the bracelet’s diver’s extension.

Jaeger-LeCoultre Polaris ($29,000) made around 1967, is signed simply “LeCoultre” which means it was made for the American market. It has an automatic movement, a tropical (patinated) brown dial and a bracelet made by J.B Champion in the U.S.

This is a rare Cartier made by Movado for Cartier New York made around 1950 ($4,900). It is 33 mm wide, which makes it the perfect ladies’ watch, although at the time, it was intended for a man. The case and the mesh bracelet have been lightly polished.

The Blancpain Fifty Fathoms “No Radiations” ($13,750) carries a prominent no-rad declaration on the dial. It may seem intrusive but it was deemed warranted at the time (1960s), during a transition after the time when radium was routinely used to illuminate watch dials. The 35 mm case is steel.

The gold plated “Flex-let” expanding bracelet on this Jaeger-LeCoultre Triple Calendar Moonphase ($2,950) is unusual and rarely seen. It was made in the 1940s, and like most watch cases made at the time, it is small: 32 mm. It is stainless steel with an 18k pink gold bezel and a patinated dial that was once silver but now roughly matches the pink gold.

If a classic, robust dress watch is what you want, this is the piece to grab. The Rolex Datejust, also known as the President’s watch because it has been worn by several U.S. Presidents, has become iconic since it was introduced in 1945. This one ($4,750), made around 1979, is 36 mm in stainless Jubilee steel, with baton indexes and tritium plots.

The only thing better than a Rolex Pepsi is a Rolex Pepsi with a genuine meteorite dial. This GMT-Master II was made in 2019 ($56,900) and it has never been worn. It contains the new in-house automatic Rolex caliber 3285, which is COSC-certified. A great example of a fairly new watch that might be more easily acquired as slightly pre-owned than new. The model originally retailed for $38,400.

The F.P. Journe Centigraphe Souverain Ferrari, with its Rosso Corsa red dial, is one of the rarest of models from one of the most limited-production watchmakers. A boutique-only edition, it was made in 2017. It contains the manual F.P.Journe caliber 1506 movement with 1/100thof a second chronograph (hence the “Centigraphe” name), which makes it possible to time an object moving at 360,000 km/hr. The case and five-link bracelet are platinum. Power reserve with the chronograph engaged is 24 hours, otherwise 80 hours. For inquiries call: 617-262-9798.

The Patek Philippe World Time 5131P ($156,500) with cloisonné enamel dial was introduced at the Baselworld fair in 2017 and has become a rare collector’s piece. Only two enamel artists at Patek are qualified to paint this dial, which depicts the Arctic Circle, making this model extremely limited. It contains the Patek Philippe automatic caliber 240 HU.