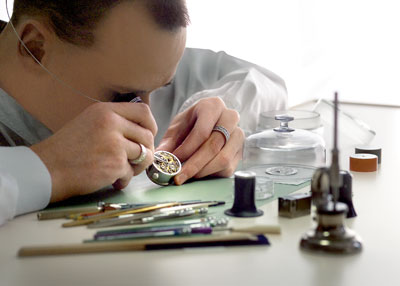 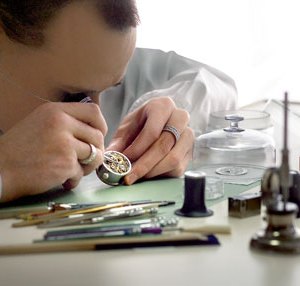 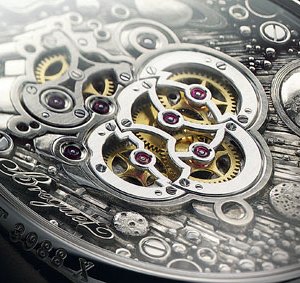 Building on the legacy of a turn-of-the-19th-century watchmaker may seem limiting for a manufacturer during an era when modernism and technology dominate the industry. But when that watchmaker is Abraham-Louis Breguet, the foremost innovator of his time, such a mission enables his namesake brand to create a timepiece that rivals the most fanciful contemporary interpretations of the tourbillon, a mechanism that A.-L. Breguet invented 205 years ago. The Double Tourbillon wristwatch ($347,100), which will arrive early next year, is Breguet’s most complicated and flamboyant undertaking since the Swatch Group acquired the company in 1999.

In recent years, some creative boutique brands have introduced astonishing pieces in this category: tourbillons with cages that orbit around the dial or pieces with twin tourbillons spinning side by side. Breguet’s Double Tourbillon, as if to prove a point, does both. The piece offers improved precision by averaging the rates of two separate timekeeping organs—tourbillon escapements in this case—via a differential gearing system. The carriage that houses the dual tourbillon cages in the center portion of the dial revolves once every 12 hours.

“I told my team to be as creative as possible,” says Nicolas Hayek, Swatch Group chairman and CEO of Breguet. The platinum piece displays the brand’s hallmark Empire styling, with guillochage engraving and a silvered dial. The sapphire case back reveals the gearing of the movement, which comprises 570 components, and shows an engraved scene of exploding planets.

Breguet’s Double Tourbillon will serve notice that this member of the old guard is just as capable of horological fireworks as the newcomers are. “If he were alive today,” says Hayek, “Abraham-Louis Breguet would absolutely have built something like this.”