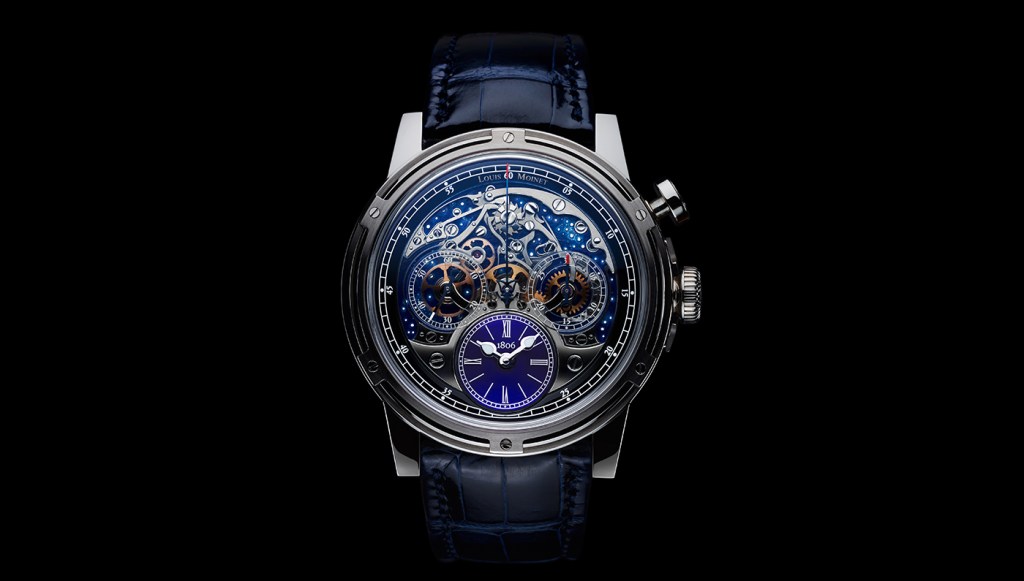 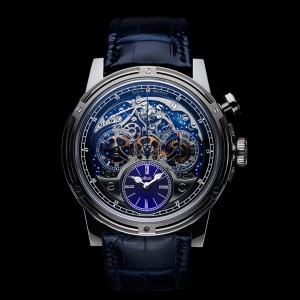 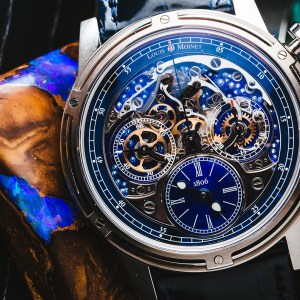 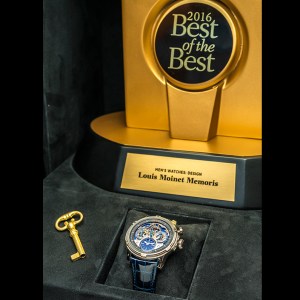 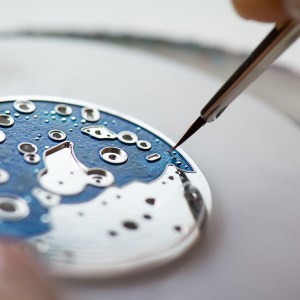 One of the watch industry’s most ubiquitous mechanical complications, the chronograph was originally thought to have originated with Nicolas Rieussec (whose watchmaking mantle is now carried by Montblanc) in 1821. However, history was rewritten in 2012, when a high-frequency pocket watch—created by noted horologist Louis Moinet—capable of recording times to the sixtieth of a second was rediscovered. Completed in 1816, the watch not only predates Rieussec’s contribution by five years, it also more closely resembles the mechanical chronographs of today (Rieussec’s version actually tracked the elapsed time with a dot of ink on a rotating dial).

To honor its founder’s newly expanded legacy, Louis Moinet introduced the limited-edition Memoris 200th wristwatch (winner of the 2016 Best of the Best award in the men’s watches design category) earlier this year to commemorate the bicentennial of the first chronograph. And while the original chronograph pocket watch was sold at auction by Christie’s in 2012, the Memoris 200th anniversary watch prototype will be up for grabs at the Antiquorum Important Modern & Vintage Timepieces sale in Geneva on November 13.

Created in 2013, the Memoris 200th prototype shares the same basic dial layout as the pocket watch that inspired it, though with vastly improved aesthetic sensibilities over the Spartan original, including a blue enamel hour dial, a mainplate decorated with guilloche engraving to resemble the night sky, and a translucent flange and counter bridge. Along with the prototype, the lot includes original copies of two volumes of Moinet’s 1855 Traite d’Horlogerie—a watchmaking encyclopedia in which the master horologist touches on high-frequency movements of a type similar to that found in his chronograph. Rounding out the package is the actual 2016 Best of the Best trophy that Robb Report bestowed upon the Louis Moinet Memoris in June. And to contain this trove of horological treasures together, Louis Moinet is also tossing in a custom black leather travel case.

The Louis Moinet Memoris 200th prototype is estimated to fetch between $41,000 and $61,000. Highlights from the auction’s more than 550 lots are available for public preview in Geneva starting today. (antiquorum.com)