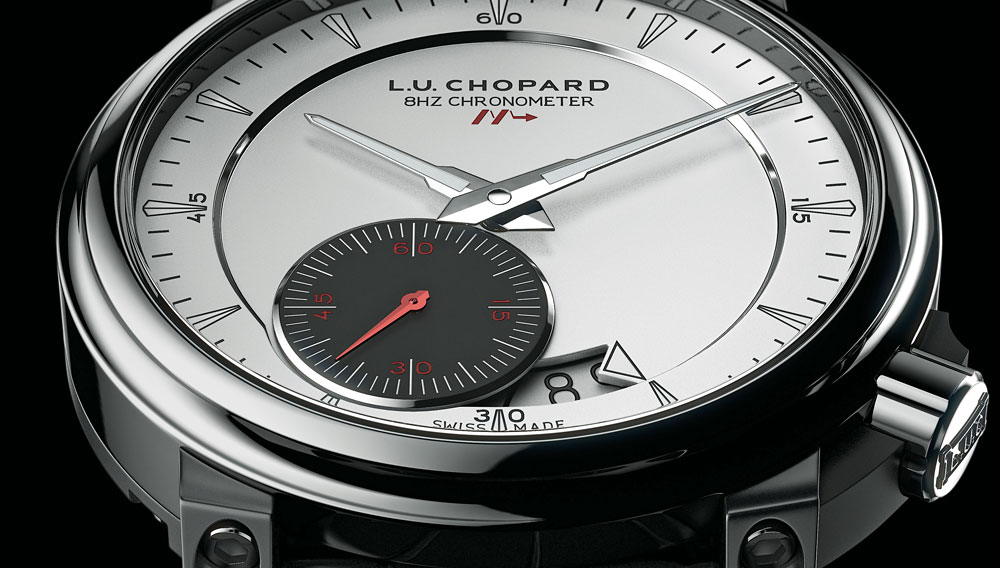 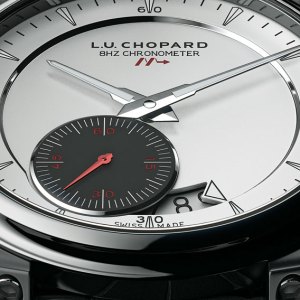 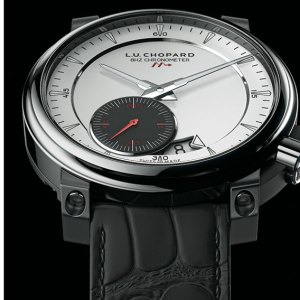 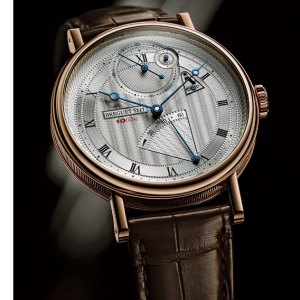 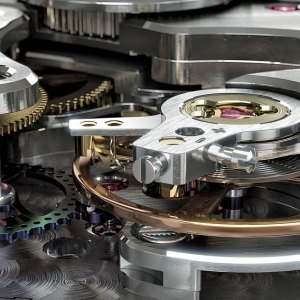 “When Senior was alive, you would never have been allowed to see this room,” says Nakis Karapatis, standing at the door of Montres Breguet’s research and development department, which he heads. “Now we can begin showing off some of the things we have been working on.”

Karapatis refers to Nicolas Hayek Sr., the founder and chairman of Swatch Group, who passed away in 2010. Up until the time of his death, “Senior” personally guided Breguet as its CEO, cultivating the brand, which assumed a leadership role in the field of technical development under his aegis. Now, with the considerable resources of Swatch Group behind him, Karapatis continues Hayek’s quest, engaging in what he hopes will be the most consequential redesign of mechanical watch movements since quartz technology first threatened to make them obsolete. By substantially upping the rate at which a mechanical watch runs (that is, the frequency of the movement), Karapatis and a handful of other engineers in the industry hope to dramatically increase that timepiece’s accuracy.

Other supposedly revolutionary technologies also have been vaunted in recent years. Silicon—or silicium, as watchmakers prefer to call it—has become the material of choice for certain key components, such as the escapement, which allows the watch to release its energy, and the hairspring, a tiny ribbonlike spiral that is crucial to maintaining a steady and accurate rate. When watch engineers first began to experiment with sil­icium, they entertained the possibility that the substance’s low-friction properties might eventually obviate the need to lubricate mechanical movements and, thus, to regularly service them. In practice, silicium parts have replaced only a fraction of the components that require regular oiling, though—even in the relatively small quantities in which they are currently employed—they have simplified some of the industry’s manufacturing and supply problems. Their true significance may lie in the fact that they have served as a springboard for the current wave of research into high-frequency watches.

“Silicium was absolutely the start for us,” says Karl-Friedrich Scheufele, copresident of Chopard, who—with far fewer resources than his rivals at Swatch Group—began his own research into high-frequency movements in 2007. “We wanted to do something with the material that provided a positive added value for the watch. One of the things that interested us was that a higher-frequency watch was able to maintain accuracy far more easily than a conventional watch, especially when it received shocks.”

The industry has conducted research into this aspect of watch performance for decades, and the ability of higher-frequency watches to recover more quickly from rate-altering impacts has been recognized by some companies. “Watchmakers have always striven for higher frequencies from 2 and 3 hertz to the 4 and 5 hertz you see today,” notes Breguet’s Karapatis. But the propensity for escapements beating faster than 4 or 5 Hz (28,800 and 36,000 vibrations per hour) to throw off the oil they require to operate properly has limited speed. With the advent of oil-free silicium escapements, however, this barrier has fallen.

Breguet introduced its first watch containing silicium components in 2006, and subsequent testing of that model by the company’s research department led to some fruitful conclusions. To learn how the silicium components would fare over time, engineers fitted test watches with high-frequency hairsprings and balances to simulate long-term wear. The watches not only withstood the abuse but also performed more accurately, and the company decided to pursue further research.

With more space and equipment for experimentation than most brands have for product development, Bre­guet was able to allocate considerable resources to this scientific study. By breaking out the variables contributing to accuracy—including the power utilized by the oscillating balance and a number of other so-called quality factors relating to the balance’s ability to maintain a consistent rate—Breguet’s engineers concluded that upping the frequency of the movement yields far more accurate timekeeping than other approaches, such as optimizing the inertia of the balance wheel.

Breguet commercialized a form of this technology as soon as it could. The Type XXII 3880 ST—released in 2010 but delivered in 2011—adapted the high-speed balance to a chronograph. This model did not have a separate balance for the chronograph; one 10 Hz balance operated the entire watch, which registered times of one-tenth of a second. “There is a great deal of difference between registration, which allows you to divide the time into smaller increments, and accuracy,” says Karapatis.

Although Chopard did not begin to explore the potential of silicium until 2007, the brand’s comparatively small, three-person research team quickly realized the promise of high-frequency movements. “Our team normally follows five or six projects at the same time,” says Scheufele. “At one point, I singled out high frequency as the most important [project] we were working on.”

This decision may have been influenced partly by Chopard’s previous investigations into the effects of shock on the operation of watches: As a member of the Fondation Qualité Fleurier, Chopard had access to equipment that provided insight into the performance of watches subjected to stress. Nevertheless, the brand’s team settled on its strategy to develop two escapement speeds in parallel—one operating at 8 Hz and another at 10 Hz. Chopard’s L.U.C 8HF—a simple yet modernist timepiece released this year—is the first commercial offering to emerge from this effort. “We worked for a long time with these two frequencies,” says Scheufele. “The 8 will be for normal use, while the 10 will have application in future chronographs because of its ability to record one-tenths of a second.”

While Chopard’s solution adds high-frequency components to an otherwise conventional hairspring and movement, Breguet presents a radically different concept in its latest high-frequency watch. The deceptively traditional case and dial of the Classique Chronométrie 7727 (unveiled this year and available in 2013) houses a 10 Hz escapement with a balance levitated between two opposing magnets. The inclusion of a silicium hairspring and escapement enabled Breguet’s team to make use of magnetism, which is generally avoided in watch designs because of its tendency to lock up moving metal parts. “The silicium [escapement and hairspring] combination was really a great breakthrough, because it solved the magnetism problem,” says Karapatis. “Magnetism today is more of a problem for watches than ever before, because of modern devices. But once we solved the problem, we asked ourselves if there was a way to use magnets, even if we had to break a few rules.”

Though Breguet had successfully incorporated a magnetic regulator into its silicium-equipped La Musi­cale in 2011, the company recognized that magnetism’s application to the pivots of the balance staff of a high-frequency watch offered some critical advantages. “Balance pivots experience different forms of friction, depending on the position of the watch,” says Karapatis. “The problem is very similar to what Abraham-Louis Breguet was trying to do with his original tourbillon idea.”

The magnetic pivots produced positive results from the first experiments. In refining the idea with different-sized magnets, Breguet claims to have neutralized the effects of different positions on the balance and is working toward regulating the watches to a range of +1 to –1 seconds per day. By contrast, watches designated as certified chronometers in the industry must achieve a range of +6 to –4 seconds per day—a much less stringent standard.

Both Breguet and Chopard have established that high-frequency movements effectively improve the accuracy of mechanical watches; but more important than this accomplishment is the fact that this technology has a reasonable chance of being broadly implemented. To date, most technical advances in movements have been limited to a handful of special-edition timepieces, some of which are far too expensive to be of practical use. Other advances are embodied only in well-publicized concept watches that never make it into the hands of collectors. By commercializing this technology, Breguet and Chopard have backed up their research with their brands’ reputations.

“I don’t think [high frequency] represents the whole future of watchmaking,” says Scheufele. “I don’t think it is necessarily compatible with the classic Geneva Seal type of watch. But for people who watch the latest technology—or for sports watches—it will be much more vital.”