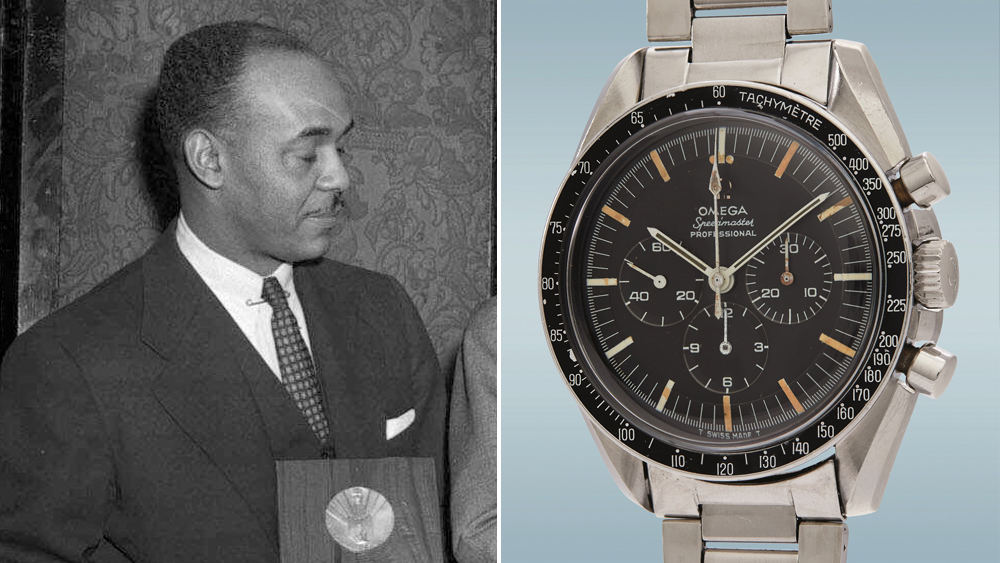 A watch that belonged to one of the most important American writers of the 20th century could be yours before the holidays.

Phillips will sell an Omega Speedmaster owned by the late Ralph Ellison as part of its annual New York Watch Sale next month. This isn’t just a timepiece from the author’s collection, either—it’s the watch he wore regularly between 1968 and his death in 1994.

We know that thanks in part to an article by novelist and watch lover Gary Shteyngart published in WSJ. Magazine on Wednesday. It outlines the length the watch’s consigner, collector Ted Walbye, went to in order to confirm that timepiece belonged to the author of Invisible Man, one of a handful of books in the running for the Great American Novel.

Walbye originally acquired the watch, along with two others, at a 2006 auction featuring Ellison and his wife Fanny’s belongings. Soon after, he began poring over archives and talking to experts in search of proof the watch belonged to Ellison. Eventually, he uncovered photographs of the author wearing a Speedmaster that was missing its upper pusher—just like the one he had acquired. While that all but confirmed the watch’s provenance, insurance paperwork from 1975 that listed the watch and its serial numbers sealed the deal.

Although we know the watch belonged to the writer, it’s less clear why he chose it. Shteyengart writes that many novelists of the era—including Ellison—favored “slimmer dressier” watches. As historically important as the watch may be, the sporty Speedmaster doesn’t qualify as that. Of course, the timepiece had been in the news in 1968, thanks to its association with the Apollo space program. It’s also a watch that is in line with the issues that preoccupied Ellison as an author.

“I’d imagine Ellison, as a writer concerned with social struggles, would have preferred the utilitarian qualities of the Speedmaster,” Petros Protopapas, head of brand heritage at Omega, told the magazine, “as it was a professional tool and not just a showy, decorative piece to display wealth or assert class dominance.”

Despite its famous literary owner, the timepiece carries a relatively modest pre-sale estimate. Phillips expects it to command between $10,000 and $20,000. As we learned recently, though, the auction house’s pre-sale estimates aren’t always on the money—especially when it comes to Speedmasters.