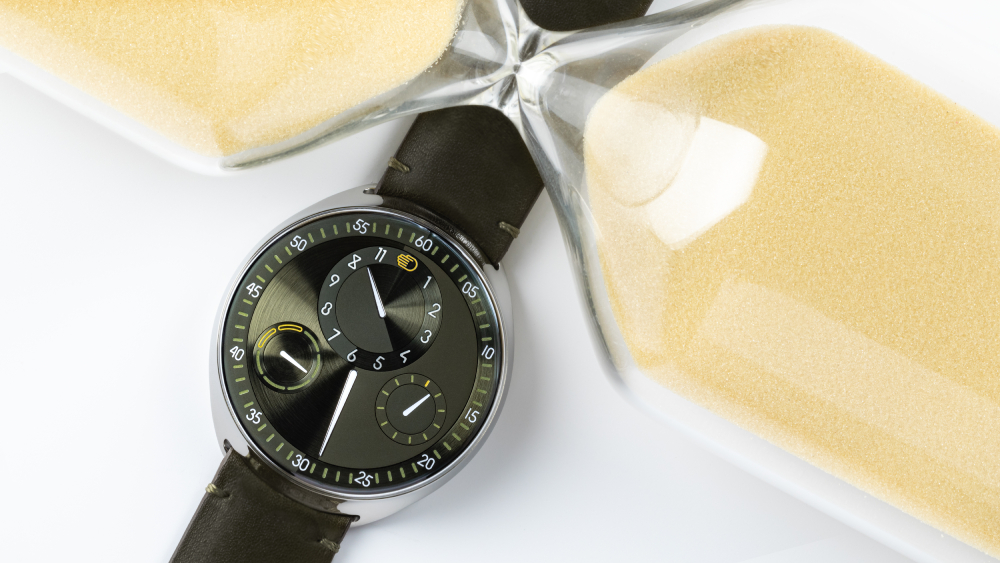 To celebrate 10 years of some of the most forward-thinking watchmaking you can find, Ressence is releasing a commemorative timepiece that showcases the kind of sleek presentation it’s built its reputation on: the Type 1 Slim X.

Founded in 2010, Ressence has set itself apart from the rest of the watch industry by focusing on a kind of everyday wearability, legibility and intuitiveness that’s difficult to find elsewhere. But that trifecta is apparent in the design of this latest release, particularly in the construction of its sleek face.

The brand’s signature Ressence Orbital Convex System (ROCS) is its house-developed and patented horological unit comprised of disks that, as the name suggests, orbit around one another. When it comes to this specific model, the embedded disks in the 42 mm case are also treated with contrasting finishes so when the watch indicates either midday or midnight the timepiece is bisected into matte and polished segments. Because of the different ways these segments catch the light, it creates a subtle variation on its olive green hue.

Beyond creating tonal and textural contrast, the play of light also acts as a graphic extension of the hands. As they rotate, the wearer can literally witness the passage of time, something the brand intended as a modern interpretation of the ancient hourglass. And all of this interplay is easily visible thanks to the domed sapphire crystal that runs from edge to edge.

To allow for improved ergonomics and a left-right fit, the watch has no traditional crown. Instead, it uses a case back that functions as both a winding and setting mechanism. It has a full 36 hours of power reserve, operates at 28,800 vibrations per hour and secures with a buttery calfskin leather strap dyed a matching shade of green.

The Type 1 Slim X is the first in the company’s ‘X’ lineup and its alphabetic moniker has more meaning than first meets the eye. Ressence developed a dedicated symbol for the collection that fuses the X, which also denotes the number 10––the number of its anniversary––in Latin, and an hourglass that sits prominently on the hour disk. Each of the four watches in the initial run are all limited to forty pieces and retail for $21,500.