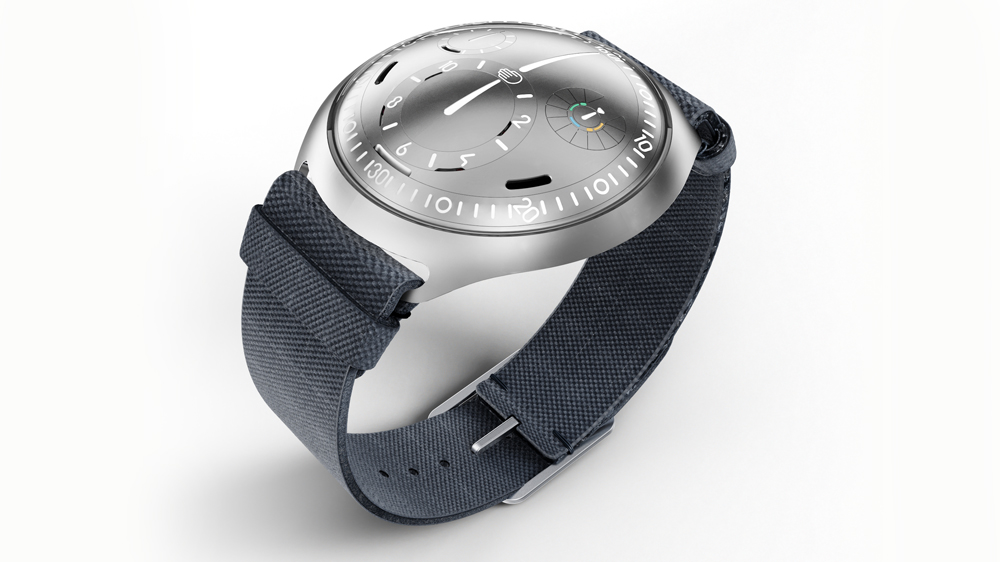 One of the more interesting developments that came to light at this year’s watch shows was a model in the final stages of development from the small design brand Ressence. Their new Type 2 model, which will be available later this year, has a function the brand calls E-Crown, an electronic interface with the mechanical movement that can adjust and set the timepiece via a smartphone app. This kind of technology mixing—in which brands like Urwerk have occasionally dabbled—can be a “red zone” for horological purists. We spoke recently with company founder Benoît Mintiens to explore how this development fits with his concept for the brand and its place in fine watchmaking.

What was your motivation in creating the E-Crown System?

Functionality is key in the watches we make. In this case, by adding electronics, you add a whole lot of functionality. I often ask people with very expensive product on their wrist, “You have a plane to catch and you really don’t want to be late, what do you check to make sure you know the right time?” I can assure you, 95 percent answer, “My phone.” It means that for the one function your watch is meant, you don’t trust it, and that’s fundamental.

In fine watchmaking we have accommodated ourselves with the idea that a mechanical watch should not be precise. After quartz came, the industry decided, “Okay. We cannot be better, so forget about it. We will sell branding. We will sell experience. We will sell good feeling.” Product must be trustworthy. From that point of view I thought, “By adding electronics, you can monitor the time the watch indicates.” If the Type 2 is not running correctly and E-Crown detects it, it will position the hands to midnight. It’s very easy to recognize on a Ressence watch, because all the hands are aligned. The idea there is that as a user, if you check your watch and it’s not at midnight, you can be 100 percent sure it’s correct. If it is indicating midnight, the watch is telling you, “Don’t trust me, I’m not running precisely.”

Did you worry about violating some perceived taboos in the watch industry?

Of course I was afraid, because I feel and I understand the anxiety around the subject. For sure, when Apple came out with the Apple watch, everybody understood that they were tapping into something new. The whole industry was afraid it would be the start of another quartz crisis. Many CEOs from all these big companies said, “Oh, it’s not for us. This is a gimmick. This is gadget. We make real watches.” For a certain part they are right, but we at Ressence are not looking 200 years backwards like most of them do. They’re all doing re-editions now, because they have no clue of what to do for the future. We look to the future. We are a young brand—not even 10 years old. We are a 21st-century watch brand and we are thinking 21st-century. If you look back to the past, you have to remember that the guys who created the historic brands were at the forefront of innovation. They were trying new things and trying new technologies. For me, it’s a logical thing to do. It’s to use technology from today and apply it to a product for the future.

Is there a line you won’t cross?

I think that you could go too far. Sometimes people ask me why I didn’t put a quartz movement inside the watch. As a mechanics lover, I think it’s a bridge much too far. I believe that people have empathy for mechanical watches. It may be a bit philosophical, but I think you can have more bonding with a mechanical watch than with a digital watch and product in general. The strongest bond you can have with product, the better it is, I think. As an industrial designer, you should make products where you can create a relationship. I did not want to touch the gear train between the barrel and the hands on the Type 2. This is pure mechanics. The E-Crown does not interfere in that line of energy. I even pushed it further, just to prove it to the conservatives in the business. You can unscrew E-Crown, physically. You can take it out of the watch and the watch will run perfectly as a mechanical watch.