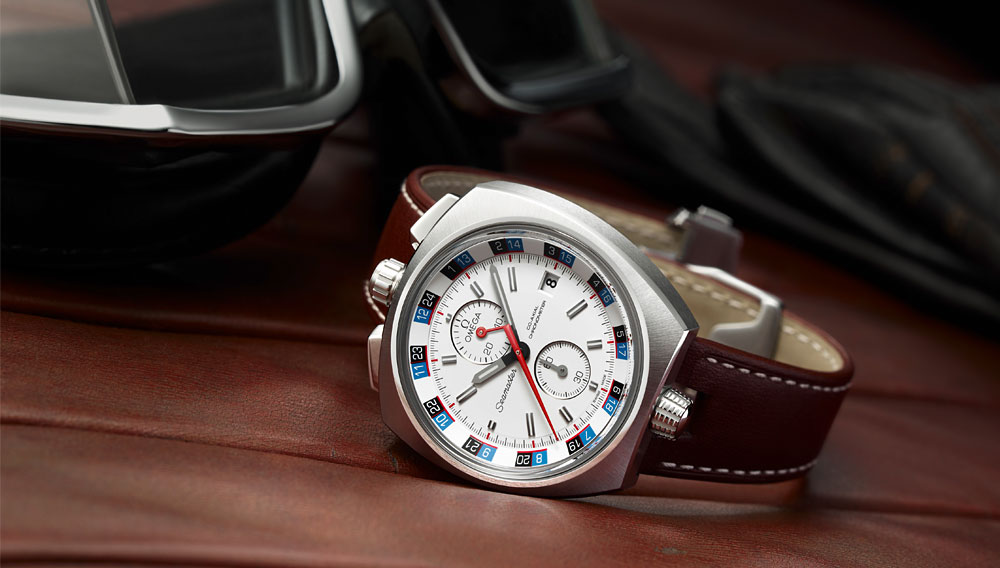 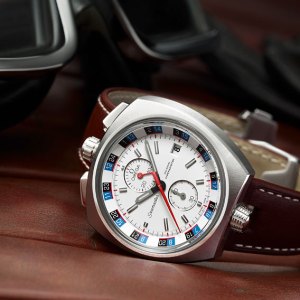 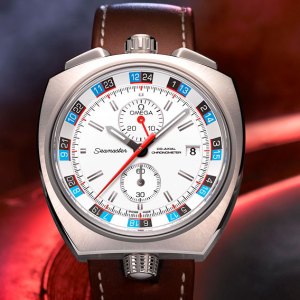 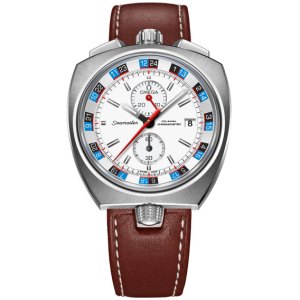 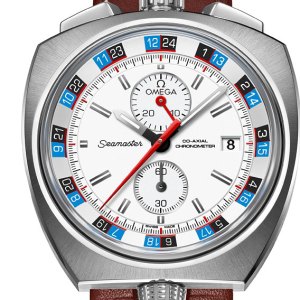 Omega has issued a limited-edition version of its 1969 Seamaster Bullhead chronograph—one the brand’s most sought-after timepieces—with a new automatic movement. The new Co-Axial calibre 3113 movement replaces the manually wound calibre 930 in the vintage model and is equipped with a column-wheel chronograph. Produced in 669 pieces, the new Omega Bullhead chronograph ($9,600) features the same shield-shaped brushed and polished case, inspired by a bull’s head, and has a rotating inner bezel with a 24-hour scale controlled by a crown at 6 o’clock. The winding crown, positioned at 12 o’clock, is flanked by two flat chronograph pushers, which have replaced the rounded ones from the 1969 model. The piece has a white dial, visible through a sapphire crystal, and a date window and a day/night display. The chronograph is water resistant to 500 feet and is fitted on a brown leather strap. (www.omegawatches.com)