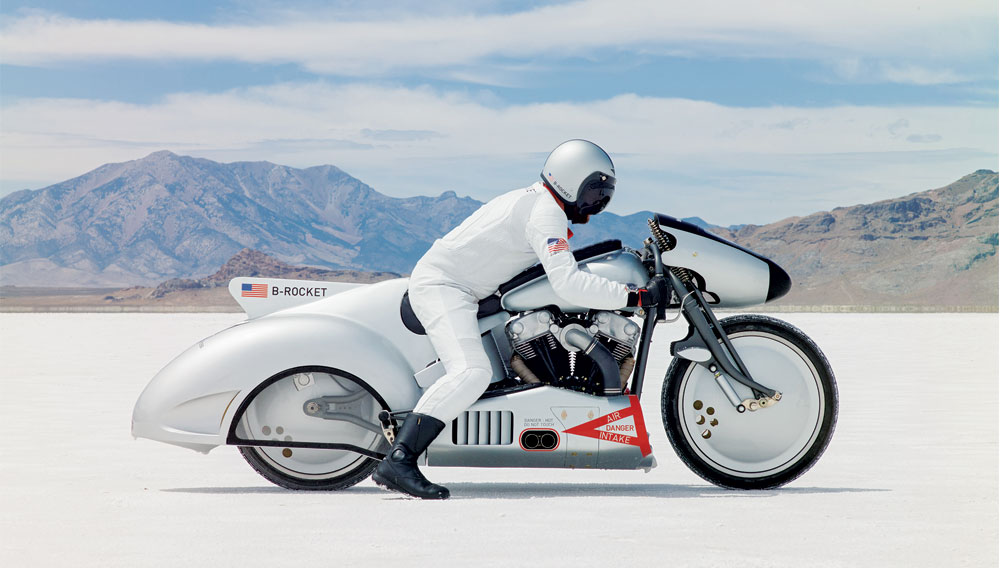 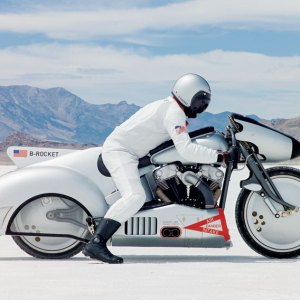 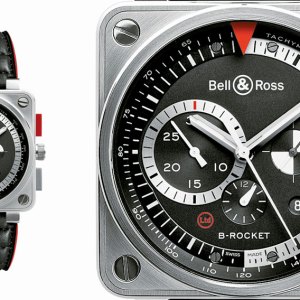 Bell & Ross’s new wristwatches are fueled by a fast-paced past.

Bell & Ross’s new B-Rocket watches debuted just after their namesake, a one-of-a-kind concept motorcycle developed in collaboration with the noted English custom-bike builder Shaw Harley-Davidson. Not surprisingly, given the watch company’s predilection for aviation-influenced design, the motorcycle is loaded with airplane-related design cues; however, the watches created to complement the vehicle are purposely devoid of such touches. The brainchild of Bruno Belamich—a cofounder of and the chief designer at Bell & Ross—the B-Rocket is the most complex and imaginative example of neo-retro design yet to emerge in the field of modern horology.

The motorcycle that serves as the centerpiece of this project was created in the style of a speed bike from the 1960s or ’70s and then embellished in accordance with the aeronautical themes of the Bell & Ross brand. “To me, the Sixties and Seventies were the most interesting period for plane design,” explains Belamich. “It was also a crucial period for the evolution of motorcycles, particularly those designed for speed that were tested on the Bonneville Salt Flats in Utah.” Starting with an aerodynamic teardrop outline, Belamich equipped the bike with elements from the high-performance jets of that same era, including a nose cone, ailerons, and twin turbine nacelles, which actually provide air intake and oil cooling for the bike.

The two 500-piece B-Rocket watch editions, the BR01-94 chronograph ($7,200) and the BR03-90 automatic date ($5,800), share a color scheme with the motorcycle, but the timepieces’ lines are intended to evoke the period that inspired Belamich rather than emulate the bike’s details. “The watch, the bike, and the rider are from a certain period in time when speed records were broken,” says Belamich, who likens the design process to the mise-en-scène of a period film. “The equipment, such as the helmet and the watch, reflect what a rider from a certain epoch would have been wearing.”

In all likelihood, only a handful of people who buy the watches will ever have contact with the one-off motorcycle, which will make select appearances at Bell & Ross boutiques and events. Nevertheless, the adrenaline-driven era that shaped Belamich’s detailed vision for the bike is evident in the padded leather strap, brushed finishes, and stark red accents of the B-Rocket, which is certainly the brand’s raciest model to date. “The nice thing about a neo-retro watch,” Belamich says, “is that after 15 to 20 years, we can say what is a good design.”