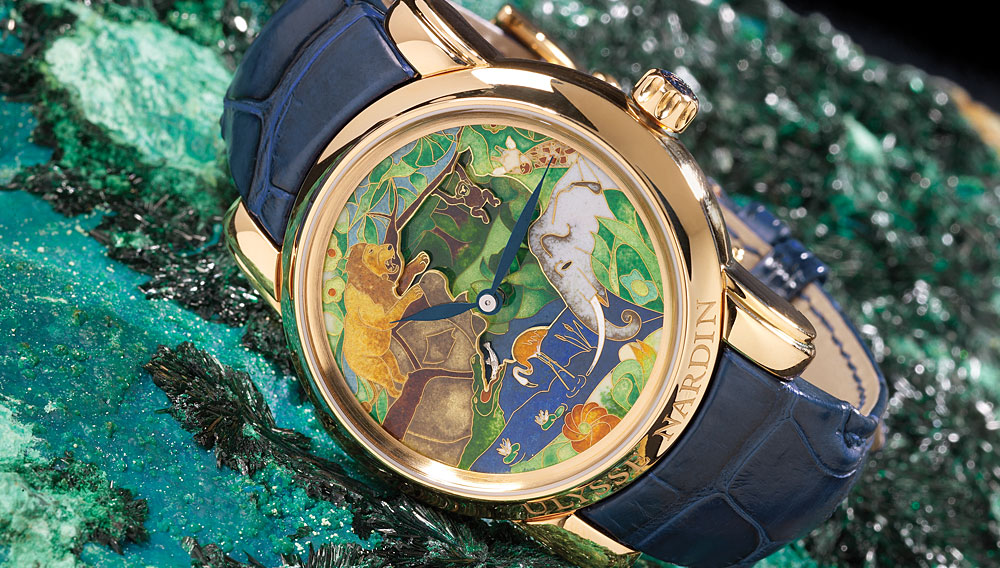 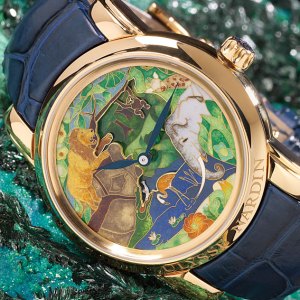 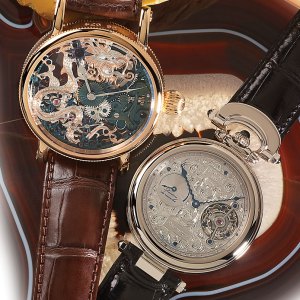 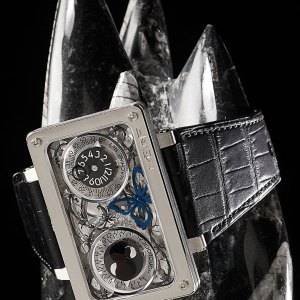 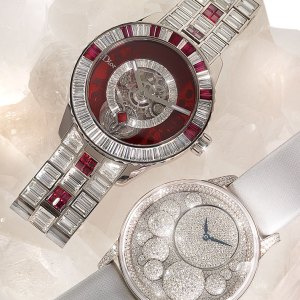 Only a decade ago, it appeared that watchmakers skilled in the traditional arts of engraving and enameling would go the way of the dodo bird. At a time when consumers craved complications and mechanical wizardry, young watch designers expressed little interest in learning the painstaking techniques required to craft designs that many collectors of mechanical watches dismissed as mere aesthetic flourishes.

But times have changed. Today, master enamelers and engravers find themselves in demand by watch companies that have come to recognize the broad appeal that elaborately decorated timepieces hold in the marketplace. “There are many people who do not know their way around a watch movement, but they can immediately appreciate the workmanship that goes into these pieces,” says Jeffrey Khalaf of the Timepiece Collection in Englewood, N.J. “For these individuals, such pieces offer a unique kind of exclusivity.” Khalaf recently sold a Bovet Fleurier tourbillon with Fleurisanne engraving that typifies a traditional artisan style. The watch’s most distinctive feature is not necessarily its complicated movement, but rather the complex swirling pattern engraved in its dial. This particularly deep method of engraving traces its roots to a 19th-century pattern that, over time, has become a signature style for Bovet.

In previous centuries, the creation of such elaborate signature designs was integral to Swiss watchmaking. In 17th-century Geneva, a period in which the crafting of watches became a part of Switzerland’s national character, the decorative arts played as prominent a role as did the mechanical element in the establishment of a watch’s prestige. Traditionally, the industry valued the decorators of timepieces and established working centers where these artisans could practice their crafts together and share their techniques. But over time, style took a back seat to mechanical substance, and watches featuring intricate artistic designs became viewed as specialty items. Particularly during the recent renaissance of the mechanical watch, elaborately decorated timepieces—and the artisans who created them—fell out of favor.

Many brands now are employing artists with traditional enameling and engraving skills to create signature designs they hope will be as long-lasting and admired as Bovet’s. Chronoswiss, for example, hired veteran engraver Joachim Benzinger to create a new series of ornately styled pieces called Sign of the Times. Chronoswiss trumpets Benzinger’s participation. “Benzinger did some top-quality work for many well-known brands, but he never got the credit,” says Hartmut Kraft, president of Chronoswiss of North America. “His name never appeared on those pieces, but one can immediately recognize his talent in the detail.”

Chronoswiss, it seems, has developed a marketing strategy that identifies the company with specific artisans who enjoy some renown among niche collectors. Dior, which is building its fine-watch business, is taking a similar tack. The company engaged an expert in precious stones to help develop a tourbillon version of its Christal watch with rubies and diamonds. Claude Sanz of Bunter, one of the most accomplished specialty jewelers for watches, is generally not acknowledged as an artisan in the same rank as, say, a master enameler. However, his ability to source exquisitely colored rubies and to set the faceted stones so that their upper surfaces form a continuous plane—a practice consistent with the flavor of Swiss artisanal watchmaking—matches the skills of any of the more traditional artisans.

The power of such work can be seen in another trend: the hiring of recognized artists from other fields to create signature watch styles. This year, Romain Jerome tapped the imagination of André Chéca, adding the French artist’s personal touch to the company’s Titanic watch. The result of this collaboration is an enormous, distorted creation that is as shocking as it is intriguing. Moreover, Maximilian Büsser & Friends, or MB&F, solicited the help of American artist Sage Vaughn to create a one-of-a-kind version of the company’s HM2 timepiece. Made for the annual Only Watch auction, which is held at the Monaco Yacht Show each year to raise money for muscular dystrophy research, Vaughn’s oversize, display-oriented watch features a striking barbed-wire motif.

The success of enameled, engraved, and other types of decorated watches led to a revived interest in traditional watchmaking methods. When enameler Dominique Baron started learning the techniques of enamel painting, she had a difficult time acquiring secrets from the old guard of masters; they were very protective of their signature process. Nevertheless, Baron persevered and eventually achieved master status through her work with Roger Dubuis and DeLaneau. But rather than assume the solitary regimen of traditional enamelers, she has built a successful department within Stern Créations, the Richemont-owned dial manufacturer that services many of the Swiss holding company’s watch brands. “We now have collectors who recognize Dominique Baron in particular,” says Louis de Meckenheim, watch marketing manager at Van Cleef & Arpels, one of Richemont’s brands. “They now go out of their way to collect her work.”

André Martinez, an accomplished Spanish artist, has become popular in the watch industry for his miniature paintings. He recently designed fantastically detailed dials for both Corum and Bovet. With watch designs that echo the distant past, Bovet now offers Martinez’s services on a custom basis: The artist will create scenes and depictions of a client’s loved ones or pets on the faces of Bovet timepieces.

It remains to be seen if enamelers, engravers, and other artists will hold on to their newly restored seats at the watchmaking table, or if the industry’s current embrace of their talent is just a passing fancy. For now, however, artists such as Anita Porchet of Switzerland—who works with some of the more committed sponsors of horological artisanship, including Ulysse Nardin and Piaget—are commanding fees commensurate with their talent. Considered by some to be the reigning queen of enamelers, Porchet is attracting serious collectors, as well as countless others who cannot keep their eyes off her exquisite work.