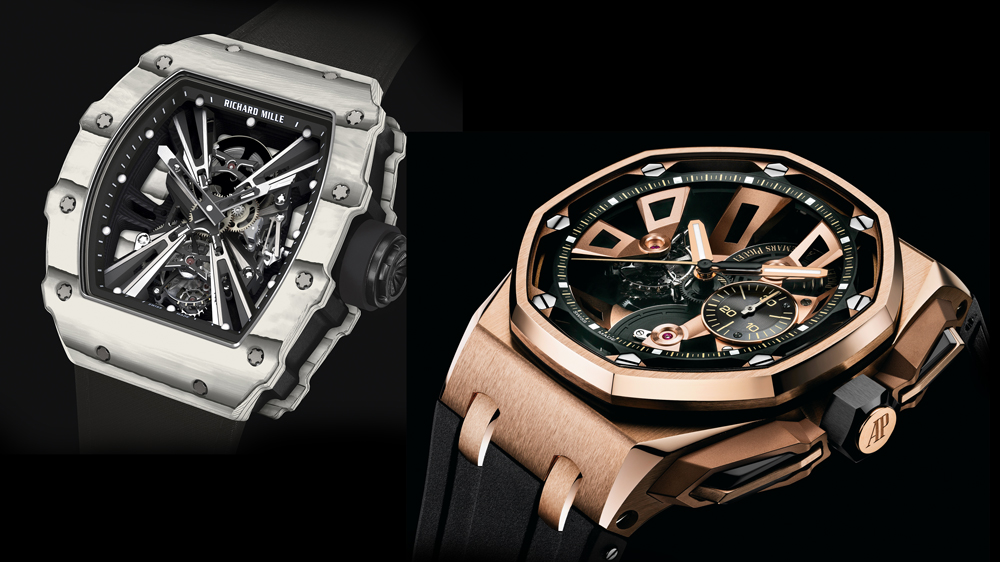 Both Richard Mille and Audemars Piguet announced today that they will no longer be attending Geneva’s SIHH (Salon International de la Haute Horlogerie) watch trade show beginning in January. Richard Mille announced earlier this afternoon that the company would be pulling out of the show; Audemars Piguet followed suit just hours later with a statement that it would also no longer participate in SIHH as well.

In Richard Mille’s statement, the brand said the development of its international distribution network, including its growing number of Richard Mille boutiques, has resulted in the watchmaker drastically reducing its presence with multi-brand retailers and therefore, no longer sees the tradeshow as useful to their strategy.

Audemars Piguet cited the “evolving nature of the watchmaking industry” and the desire to form closer relationships with their clients. Audemars Piguet had been showing at SIHH for nearly a decade.

In short, both brands are going direct-to-consumer. Richard Mille and Audemars Piguet have been leading the charge on the new business model, which has already taken hold in many other industries, including fashion. How they will present and market new products remains to be seen, but other brands such as Bremont, who pulled out of Baselworld (SIHH’s rival trade show in Basel, Switzerland) in 2017, has been hosting big events around the world in townhouse settings where they bring their product and their world direct to press and clients along with plenty of event activations.

Earlier this year Swatch Group announced it would be pulling out of Baselworld due to issues with the show’s management and the brand’s ability to go direct to their consumer globally. The world’s largest watch conglomerate pulling out of the trade show was huge news at a time when the trade show had already seen its attendance cut nearly in half—itself a consequence of other brands leaving the show. Many wondered if it was the beginning of the end for Baselworld; the industry buzzed with speculation about whether or not Rolex and Patek Philippe would remain, as the show simply wouldn’t be able to survive without them in the void left behind by Swatch.

Is this the end of watch trade shows? It’s likely the beginning, but the Swiss watch industry hasn’t been one to quickly embrace the times. It could be a slow death, but with so many top brands choosing to change their business strategy and pull out of both SIHH and Baselworld, we may be seeing dominos beginning to fall. Only time will tell.