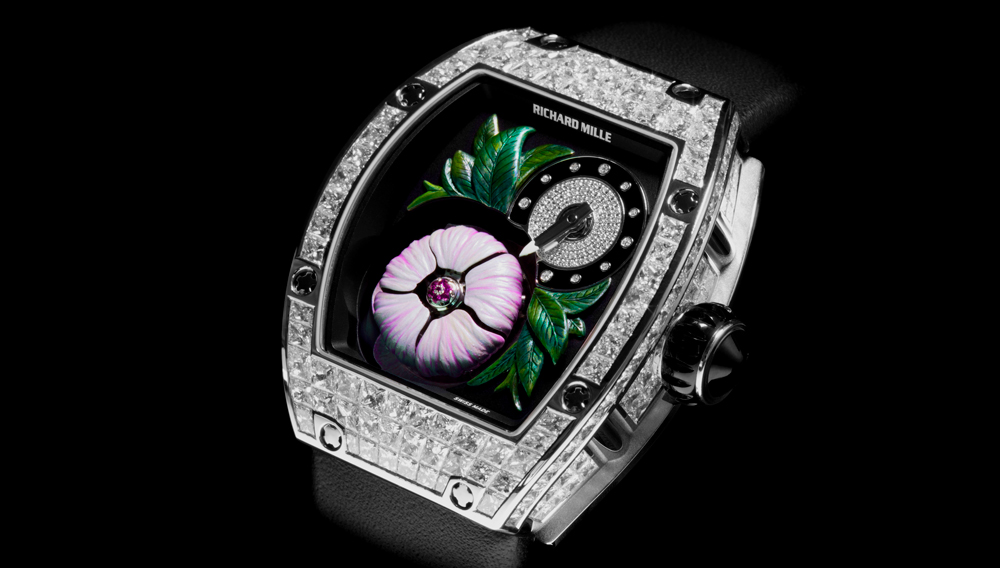 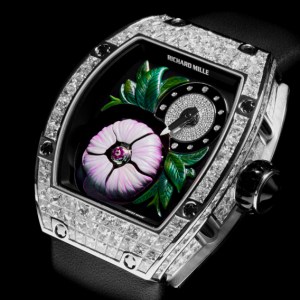 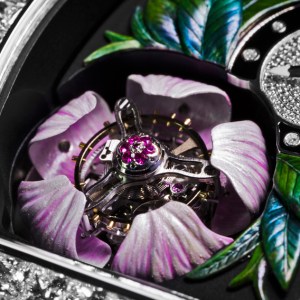 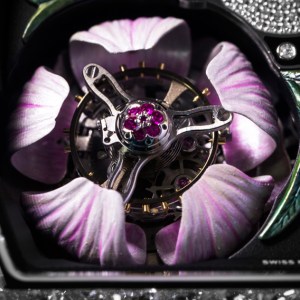 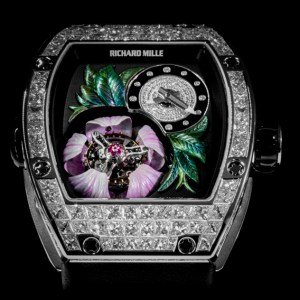 Presented this year at the Salon International de la Haute Horlogerie, the Richard Mille RM 19-02 Tourbillon Fleur is a women’s tourbillon with an artistic twist. Positioned on the dial at 7 o’clock is a representation of a magnolia composed of five 18-karat-white-gold petals hand painted purple. Every 5 minutes, these petals open to reveal the watch’s beating flying tourbillon—a version of the complication that is supported by only a lower bridge. As the petals open, the tourbillon—which is set with seven rubies that represent the flower’s stamens—rises up slightly to allow better observation. The petals stay open for 5 minutes and then automatically close, starting the entire process over again. A pusher on the side of the case allows the wearer to manually open and close the petals if desired.

The watch is equipped with Richard Mille’s signature tripartite tonneau case, which is curved on both the front and back to enhance comfort on the wrist. In the version of the watch shown here, both the case and the subdial displaying the hours and minutes are covered with diamonds. To prevent damage to the barrel, Richard Mille has equipped the watch with a torque-limiting crown, which prevents the mainspring from being overwound.

The Richard Mille RM 19-02 Tourbillon Fleur will be limited to just 30 examples, in a variety of diamond settings; the version show here is priced at $1.09 million. (richardmille.com)