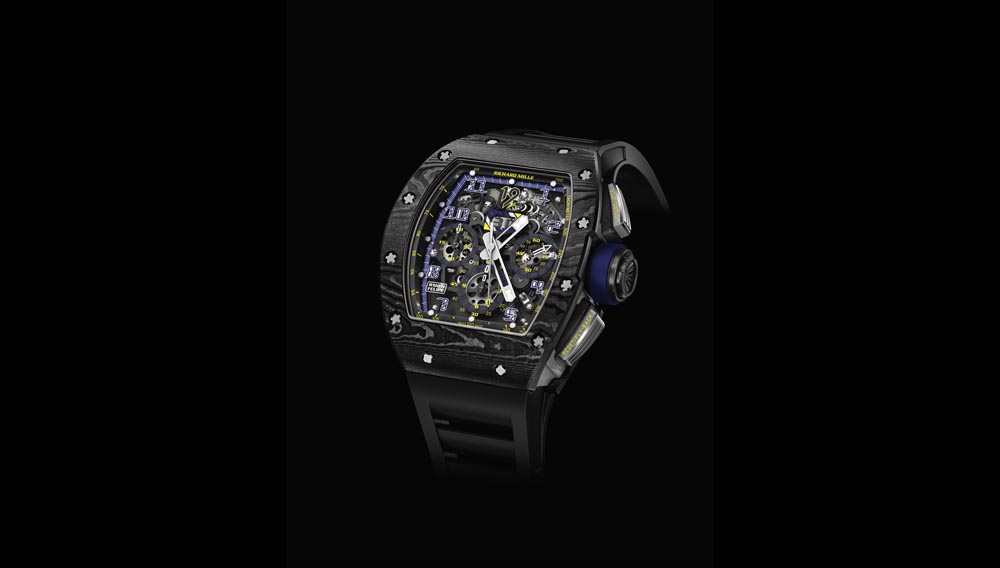 Brazilian Formula 1 driver Felipe Massa is the first sporting figure to have joined the Richard Mille family. A long-time test driver for Richard Mille watches, it was he who enabled the brand to initiate and accomplish astonishing feats in watchmaking development. This collaboration, which became a deep friendship, is now approaching its tenth anniversary.

To mark the occasion, Richard Mille dedicates a special RM 011 Automatic Flyback Chronograph timepiece, aptly named “10th Anniversary.” Its RMAC1 automatic winding movement is crafted entirely in grade 5 titanium and hand finished. It powers an annual calendar, 60-minute flyback chronograph, countdown function and oversize date. The watch is encased in NTPT Carbon, a material unique to Richard Mille offering remarkable resistance and a unique appearance. Flange, pushers and crown are bedecked in blue and yellow (for Brazil); Massa’s race number 19 has been reworked to suggest the number 12 on the dial; and his signature is engraved on the back. A limited edition of 100 pieces, the tenth Anniversary watch is available worldwide.