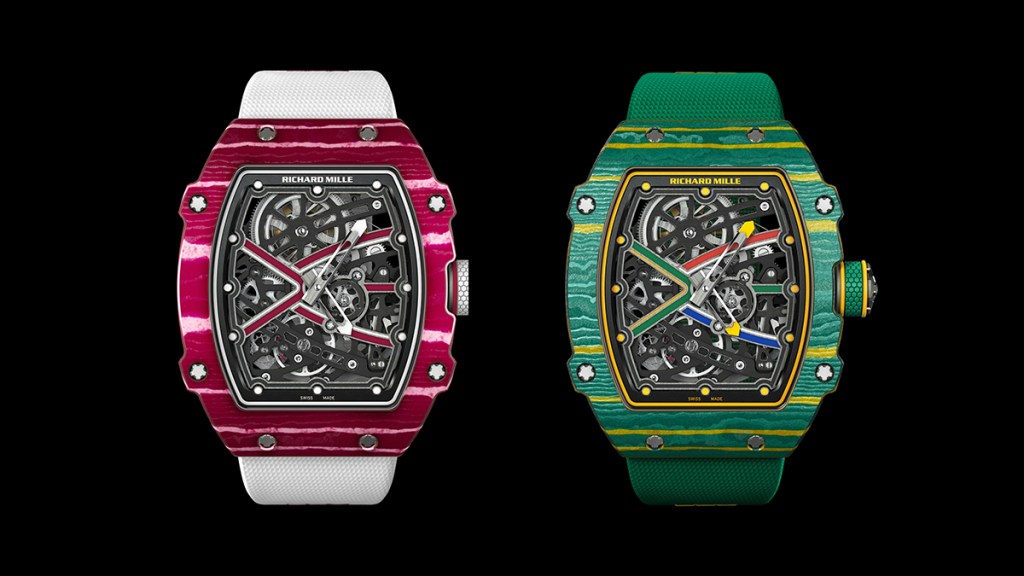 Both Quartz and Carbon TPT composites have been deployed to produce the case, which the brand continues to tout as some of the lightest and most shock-resistant case materials available. Each piece tips the scales at only 32 grams—eight grams less than the astounding RM 50-03 launched earlier this year. And at only 7.8mm thick, they’re as close to a second skin as the master watchmaker has ever come.

These new releases were created especially for Barshim and Van Niekerk to wear in competition at the IAAF World Championships taking place Aug. 4-13 in London. The two world champions will be competing alongside Yohan Blake, who has been a friend and ambassador of Richard Mille for several years.

These two new releases are available now in a limited edition run through Richard Mille retailers worldwide. At time of publishing, the number of pieces slated for production was not disclosed.