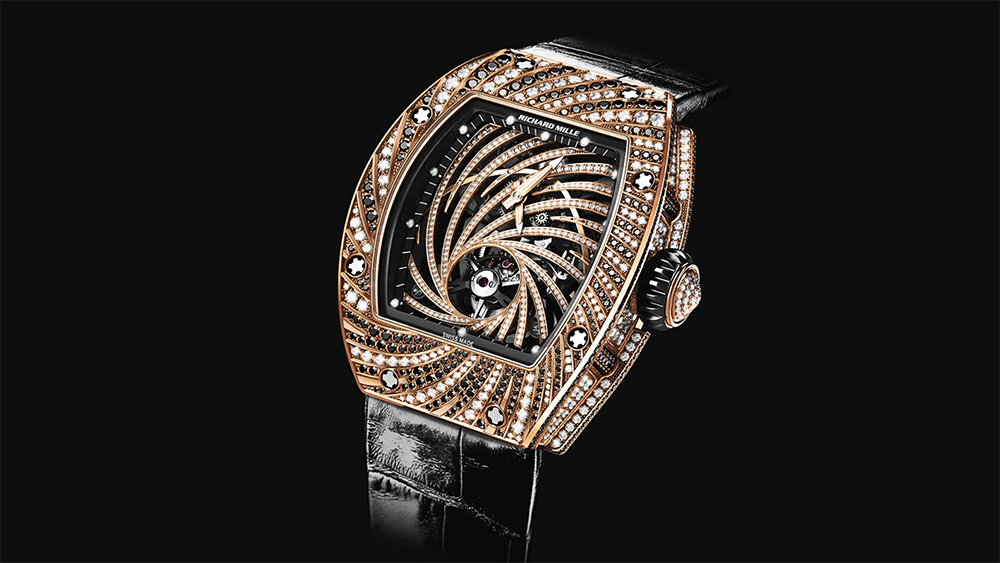 It turns out there is a downside to sporting an eye-catching timepiece—it can be stolen right off your wrist. That’s the lesson a Japanese businessman learned when a thief seized his watch outside of a high-end hotel in Paris.

According to CNN, the victim stepped out of the chic, five-star Hôtel Napoléon—which is a stone’s throw from the Arc de Triomphe and Champs-Elysées—around 9 pm on Monday evening to smoke a cigarette. He was approached by a man who asked him for a cigarette and when he obliged, the thief snatched the watch from his wrist and bolted.

The stolen timepiece was by Swiss watchmaker Richard Mille, a brand that regularly produces six-figure wrist candy and counts big-name celebrities like Odell Beckham Jr. and Drake among its fanbase. The businessman’s model was a doozy: a Tourbillon Diamond Twister, which has every inch covered with diamonds arranged in an alluring spiral. (Apparently, too alluring for some.) It retails for a whopping $830,000 (€757,000) and because of this high value, the case has been transferred to an organized crime task force.

Unfortunately, this is not an isolated incident. The Paris police told CNN that in the first eight months of the year, 71 watch thefts were reported in the city. Most robberies happen in the luxurious 8th arrondissement, where a bunch of upscale shops and ritzy hotels reside. There’s good money in it, too: high-end timepieces can be resold on the black market for around 30 percent to 50 percent of their original value. That means this particular thief could make around $415,000 off the diamond-encrusted watch, which has yet to be found.

But it’s not just the City of Love that’s experiencing watch-related heartache. Earlier this year a thief stole a $1.3 million Richard Mille timepiece off the cuff of a tourist traveling in Ibiza. Fortunately, that watch was an ultra-rare RM 50-03 Tourbillon Split Seconds Chronograph Ultralight McLaren F1, a design Richard Mille only released in a highly limited edition of 75 pieces—which makes it nearly impossible to pawn. Perhaps the best defense against horological thievery is to invest in a truly one-of-a-kind watch that’s near-impossible to resell without getting caught.