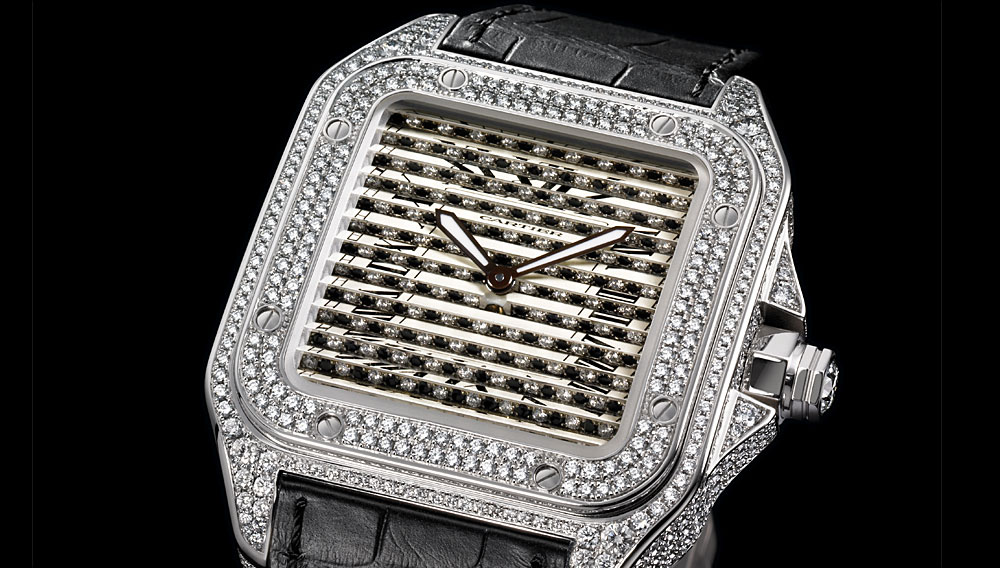 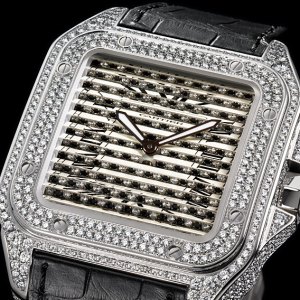 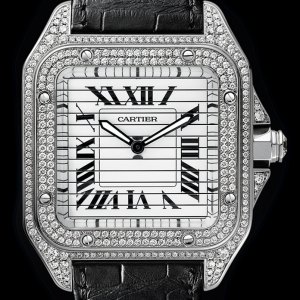 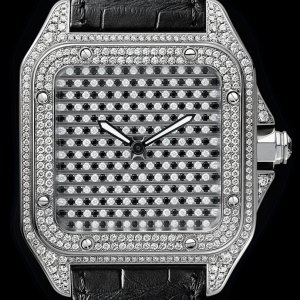 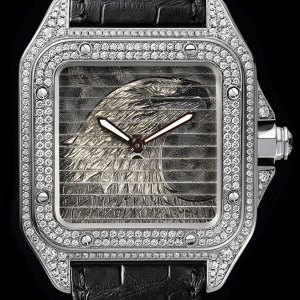 One can easily imagine the moment of creative epiphany that occurred when a Cartier designer looked up at a rotating billboard and realized that the same concept might make an interesting dial for a watch. Cartier’s Santos Triple 100 (800.227.8437, www.cartier.com), priced at $300,000 and limited to 50 pieces, employs a miniaturized version of the rotating-prism system used in these billboards. A gentle turn of the crown brings a conventional Cartier dial into view; another turn serves up a dial set with onyx and diamonds; a final turn reveals the engraved image of either a bald eagle or a grizzly bear. Cartier chose the two American species for this year’s limited-edition watch to mark the 100th anniversary of the company’s entry into the U.S. market. The timepiece’s other surfaces, including its pavé case and skeletonized movement, have received extensive treatment by hand. The watch can expect the same from its owner, who will probably never stop playing with it.