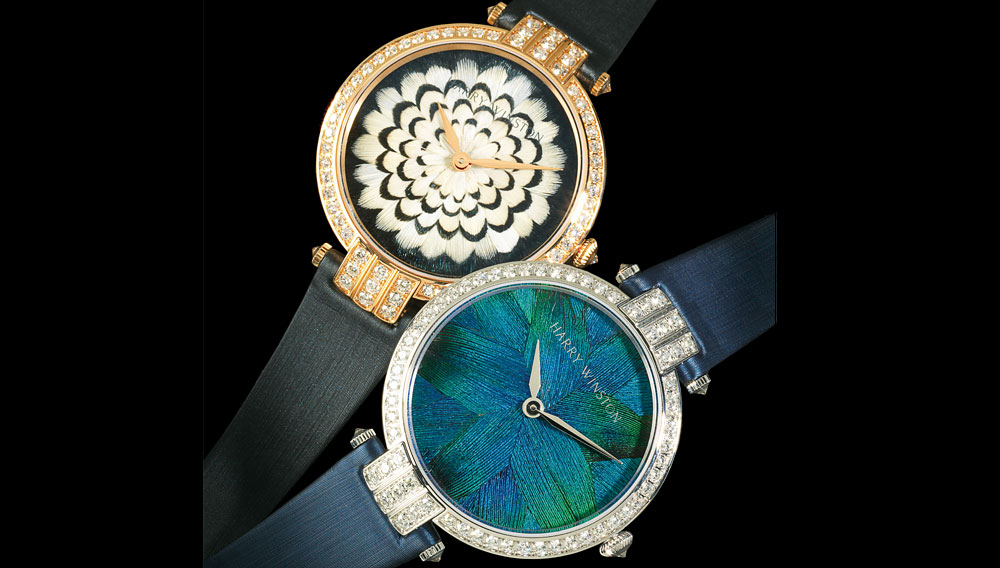 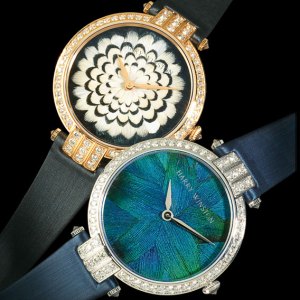 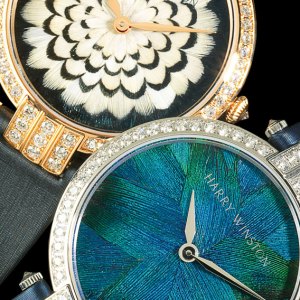 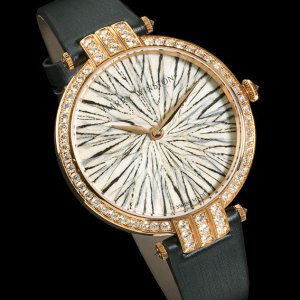 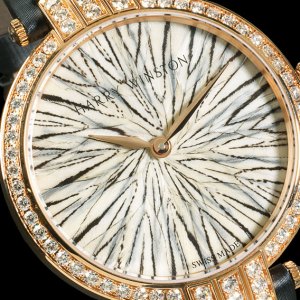 In late-19th-century paris, feathers were all the fashion. Artisans specializing in feather-related crafts flourished, furnishing affluent tastemakers with a variety of plume-bedecked articles ranging from sartorial accessories to picture frames. Today this once-thriving art is not entirely lost: One of its last remaining practitioners, Paris-based Nelly Saunier—best known for her work with couturiers and interior designers—has been commissioned by Harry Winston (www.harrywinston.com) to decorate a series of limited-edition 18-karat-gold-and-diamond women’s watches using her feather-marquetry technique.

Honored by the French Ministry of Culture as a Maître d’art—a title bestowed on only a few modern artisans who have mastered age-old techniques—Saunier creates watch faces whose striking mosaics, at first glance, appear to be composed of enamel; closer inspection, however, reveals that the intricate, slightly luminous patterns are actually arrangements of minute feather fragments. With painstaking patience and remarkable dexterity, she cuts and shapes the fragile slices to form a design, then sprays her delicate composition with a solution to keep it in place within the watch case. Although Saunier developed four different styles for this series of timepieces, each of her ethereal abstracts remains as unique as the avian individual that lent its finery to her cause. Priced at $65,600 apiece, only 100 of these works of wearable art are being made.