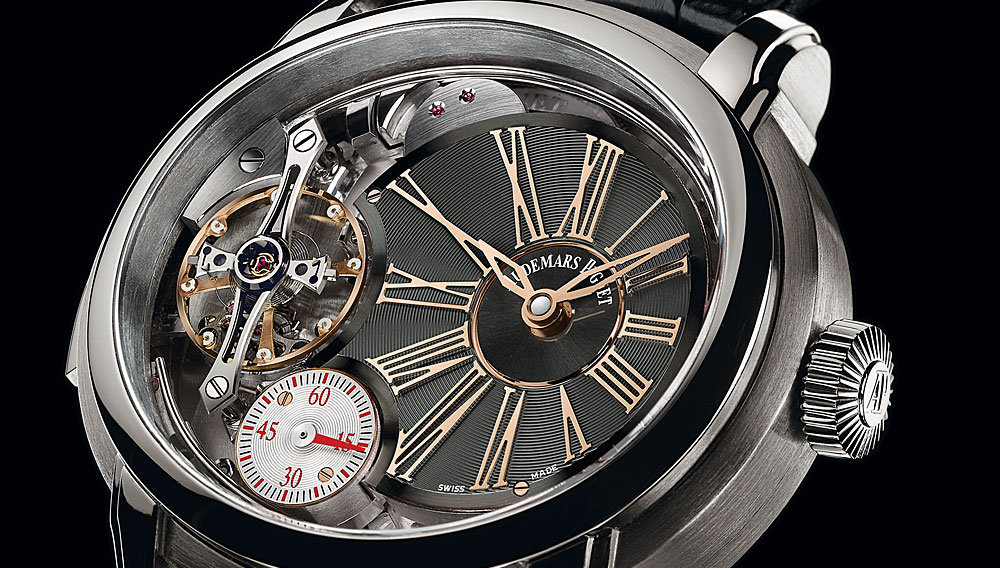 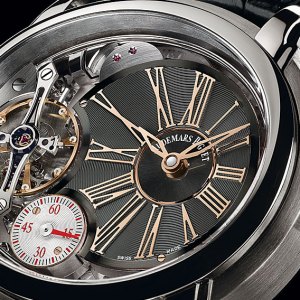 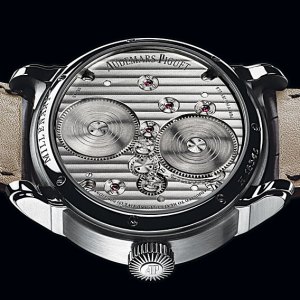 A minute repeater’s appeal usually rests largely on how well the watch sounds. But Audemars Piguet (www.audemarspiguet.com) obviously invested much effort in making its new Millenary Minute Repeater a treat for the eyes as well as the ears. This timepiece, priced at approximately $377,000, is the latest in an unofficial series of complicated watches combining the company’s proprietary escapement with a dramatic design that exposes the movement and emphasizes its depth and form. The first in the series, the Cabinet No. 5 from 2005, was intended as a tribute to the work of industrial designer Raymond Loewy. Recent editions have become canvases for Audemars Piguet movement developer Giulio Papi. Renowned for the fine finishes he applies to metal parts, Papi complements the brushed and polished finish of the Millenary’s titanium case with circular graining, Geneva stripes, and mirror polishing. The Millenary also sports oval-shaped gongs, an unusual feature that enhances the watch’s appearance without hindering its fine sound.