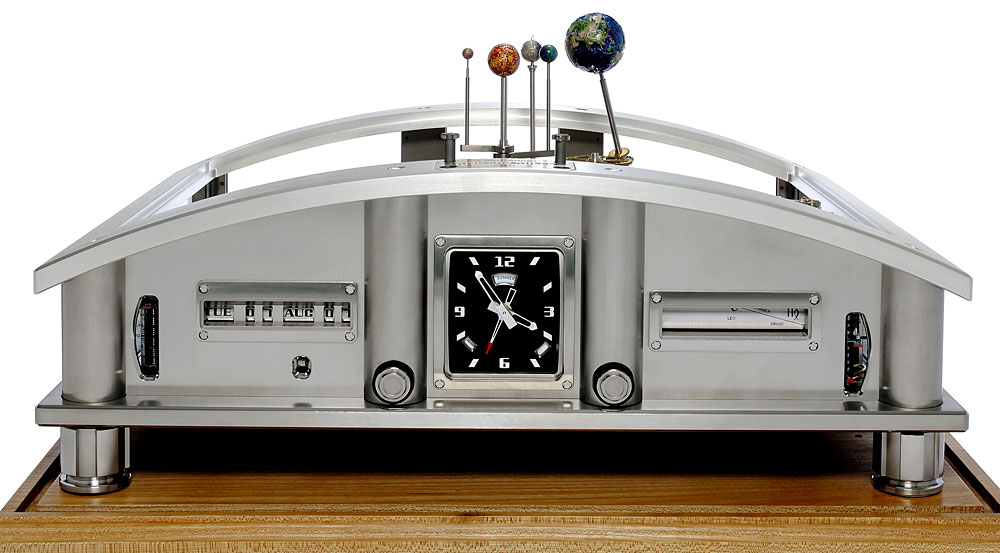 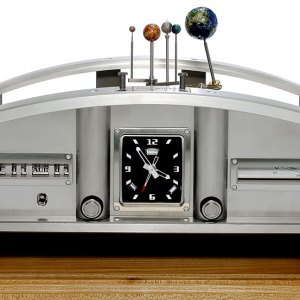 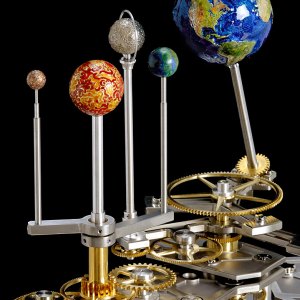 Long before he established his watch company in 2001, Richard Mille (www.richardmille.com) encountered an astrolabe made by the Paris clock-making company Hour-Lavigne. In 1998, he convinced Robert Greubel and Stephen Forsey of Greubel Forsey to oversee the design of a modern variation of this instrument, which is used to determine the positions of the sun, planets, and other celestial bodies. A team of 10 specialists from different companies—and an astrophysicist—then invested 10 years and a total of 50,000 hours creating Mille’s one-of-a-kind Planetarium-Tellurium, which is valued at about $5 million. Despite its highly technical nature, the machine, which also includes a perpetual calendar, is simple to use: Just set a date and time, and it will indicate the positions of the earth, moon, planets, and zodiac constellations at that particular moment.