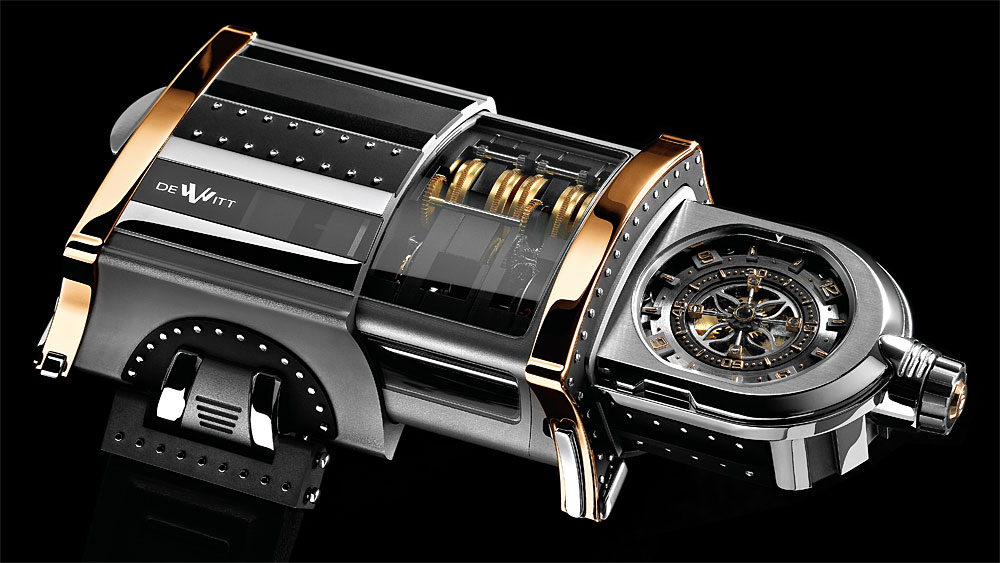 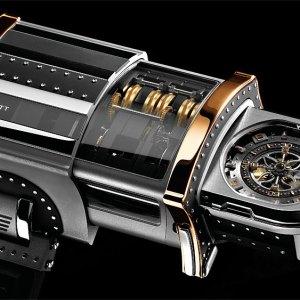 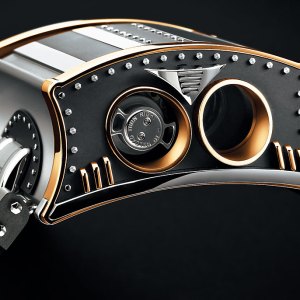 It appears that the Hong Kong collector who paid some $564,000 at last year’s Only Watch auction in Monaco for an empty box—a stand-in for a mysterious and then-unfinished one-of-a-kind timepiece from the House of DeWitt (305.572.9812, www.dewitt.ch)—secured a pretty good bargain. That watch, built in collaboration with architect Jean-Michel Wilmotte, has inspired a 33-piece limited-edition model known as the WX-1, which retails for $650,000. Wilmotte created the WX-1’s flared, riveted case, while Jérôme de Witt designed its unusual movement, which includes a vertical flying tourbillon and five mainspring barrels arranged vertically with shafts to transfer power between them. The shafts allow much of the movement, including the concentric discs displaying the time, to slide out of the watch in a drawerlike assembly for viewing. A powered winding device charges multiple mainsprings to achieve a full 21-day power reserve, for a timepiece that elicits admiration both as an objet d’art and as a practical instrument for the wrist.