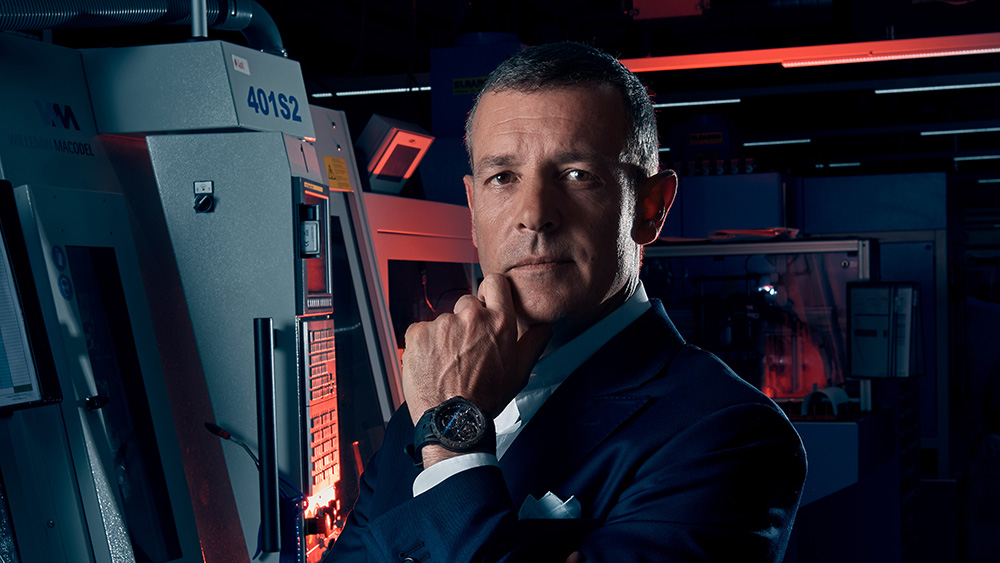 Nicola Andreatta grew up on the floor of his family’s watchmaking manufacture. He also founded his own watch brand, worked with mass timepiece brands in Asia and was a VP in Tiffany’s watchmaking division for almost six years. Now, as a newly minted Richemont CEO, Andreatta is returning to his roots at the high-end watchmaker Roger Dubuis.

How does your history in watchmaking factor into your new role?

What one word sums up the essence of Roger Dubuis?

Excess, because we tend to do everything to the next level.

You recently sold a $1 million Lamborghini-inspired timepiece to a collector sight unseen. How did that happen?

It sold in 20 minutes over the phone, right after we decided to show the prototype at SIHH [Salon International de la Haute Horlogerie]. We have plenty of requests for the same thing, which is not going to happen. It’s unique and we design an entire journey for the client.

Explain what that involves.

We went  to see the customer in Singapore with a mockup of the movement in a much bigger scale to explain how it’s built. From now until November, when we deliver the watch, we will have constant touch points with the client. He’s going to come to the manufacturer to see the making of the different components, and he’s going to meet the people who built the Lamborghini that inspired it.

Will you ever expand the number of watches Roger Dubuis creates?

No, I’m going to reduce the number. It’s difficult  to keep a certain level of craftsmanship and refinement if we go mass. Roger Dubuis is not for everyone and we don’t want to be for everyone.