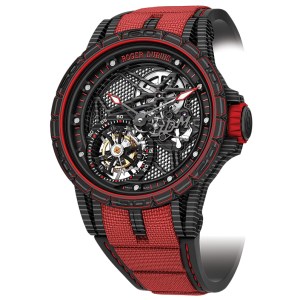 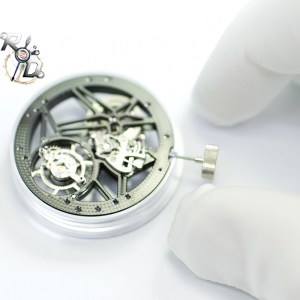 Many high-end watch brands offer bespoke timepieces, but Geneva-based Roger Dubuis (rogerdubuis.com) also provides a custom-watch program it calls Rarities. “Usually our clients will come back every year because it’s a kind of new collection they create with us,” says the Rarities program head, Magali Moreau. “We have some clients who have done more than 10.” Longtime customers seem to be taking particular advantage of this service, to access certain characteristics of Roger Dubuis’s creative output—characteristics to which only collectors were once privy.

Soon after its inception in the mid-1990s, Roger Dubuis exhibited an astounding level of productivity—what one might expect of a couture fashion house, not a staid Swiss watch manufacture. Carlos Dias, who at the time was the CEO and head designer, insisted on creating a slew of sometimes outlandish models and dial variations that mainly enthralled a small, exclusive group of enthusiasts eager to frequently refresh their watch collections. His practices led to several instances of product unreliability—most notably in movements that he rushed into production—and in 2008 he was forced to sell a majority stake of his company to the Richemont Group.

A lasting effect of Dias’s tenure, however, was that loyal customers had developed an interest in a fashion-forward, or at least unique, Roger Dubuis catalog. Today the Rarities program gives those devotees and new clients alike access to the novelties—more tempered but reliable—that the brand now produces.

Although simple customizations are available (think engravings and options picked from a catalog), Roger Dubuis prefers to take a service-oriented, relationship-based approach with Rarities. The program’s top customers can interact directly with technical director Gregory Bruttin, who is occasionally challenged to revive old movements (either in part or in whole) and update them according to the brand’s new design sensibilities. “Instead of the old dial, we opened up parts of the dial,” Bruttin says of a recent project. “It turned out very well, and in fact, it’s a little bit of a problem for us because it’s very, very nice! We’d like to use it in our collection, but we can’t because it’s for this particular customer.”