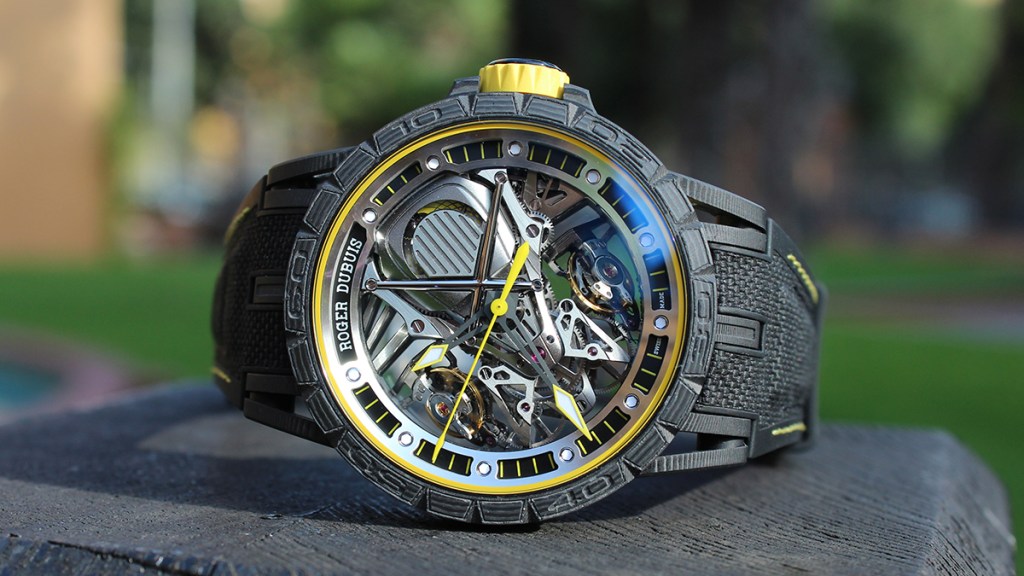 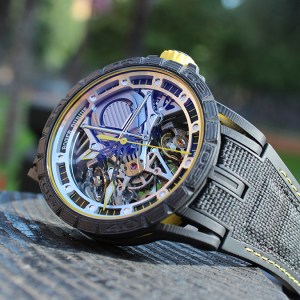 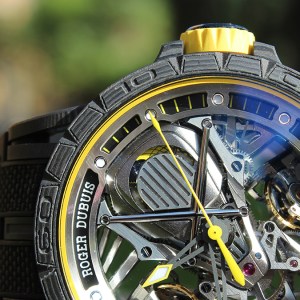 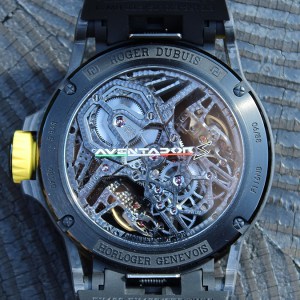 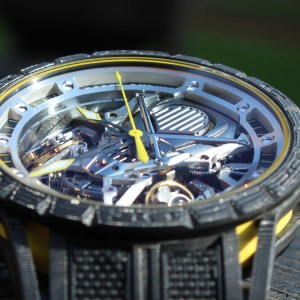 After announcing the end of their partnership with Blancpain at the start of the 2017 race season, much speculation was circulating about who would become the new watch sponsor for Lamborghini Squadra Corse’s racing efforts. In all honesty, the previous pairing always seemed a little off considering the DNA of both brands, and when word came that Roger Dubuis was stepping up to the plate, we couldn’t be happier.

By all accounts, the two brands couldn’t be more perfectly aligned in terms of personality, design language, and clientele, and Roger Dubuis product strategy director Gregory Bruttin knew from day one that simply throwing a logo on a dial would not satisfy either client base.

“There are so many brands out there engaged in partnerships where the extent of the collaboration is the addition of a logo, but we wanted to take things much further. The caliber fitted into these two pieces is specific to the collaboration with Lamborghini, and it isn’t something you will see elsewhere in our model range.” Says Bruttin. “The movement’s layout draws inspiration from the engine bay of the Aventador S, and we worked closely with Lamborghini’s design team to ensure we captured this correctly.”

Further to collaborating on design, Lamborghini and Roger Dubuis engaged in a level of technology sharing as well. In the case of the 8-piece limited edition model unveiled today, Roger Dubuis used Lamborghini’s award-winning carbon composite known as C-SMC carbon to create a thin “cover plate” detail that rests over its power reserve indication. Though challenging to produce at the thickness required for this application, the automotive composite was of significant interest the the brand’s design team who was used to relying on Swiss suppliers for their materials.

The two new releases both feature multilayer carbon cases, and are powered by an all-new double balance hand-wound caliber RD103SQ, which runs at 4Hz and offers a power reserve of 40-hours. The new caliber display hours and minutes, power reserve, and—most notably—a dead-beat seconds indication. The latter is a first in the brand’s recent history, and an underrated addition often coveted by collectors. Much like the balance of the Excalibur line, the movement is finished in Poinçon de Genève finishing.

In our conversation, Bruttin made a quick reference to the fact that the dead-beat seconds complication (or jumping seconds as Roger Dubuis refers to it) was the precursor to the development of the chronograph, begging the question of whether or not a chronograph was in the works for a future Lamborghini model. Providing a slightly veiled reply, Bruttin suggested that a less conventional flyback seconds function was more likely.

The key differences between the two new Aventador S models are nominal; EX613 with yellow accents will be limited to 88 pieces worldwide with a retail price of $185,000, whereas the EX624—identifiable by its orange accents and aforementioned carbon cover plate—will be limited to only 8 pieces ($205,000).

After seeing the first two releases of what is planned to be at least a five-year partnership, we are happy to see another horology-meets-motorsport collaboration coming into the market that actually makes sense. Roger Dubuis did mention that it plans to align future watch releases with upcoming launches at Lamborghini, so we are curious to see if a new watch will arrive in time for the launch of the new Urus SUV in December.