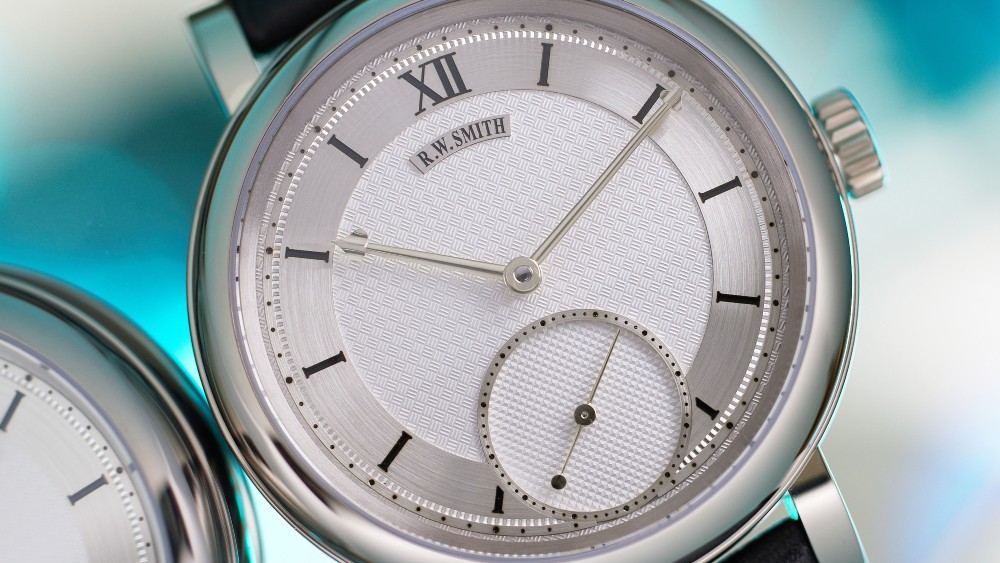 The Series 1, which was designed in partnership with A Collected Man, sold for $800,000 (£660,000) on November 25 in a dedicated online auction held by the London-based watch retailer. The 18-karat white-gold timepiece bears all the watchmaker’s signature design elements, but features a simplistic, stripped-back dial created exclusively for A Collected Man.

“I was a bit doubtful initially,” Smith said about the design. “However, as soon as the designs came through, I was very impressed, and I thought it was a good fit with my work.”

Prior to the sale, only one other Series 1 had ever been offered publicly at auction. That watch hammered down for $730,000 at Phillips in December 2021. As such, last week’s $800,000 sale set not only a record for the watch, but also one for A Collected Man.

To date, only one other timepiece has cracked six figures at A Collected Man auction: An incredibly rare Patek Philippe 3940J doré dial perpetual calendar in yellow gold that sold for $130,000 (£106,000) back in October. The Series 1 eclipsed that figure by a comfortable $670,000. In a nice philanthropic twist, 20 percent of this sale’s proceeds have been donated to the Alliance of British Watch and Clock Makers’ Careers Hub to support horology students.

Since it began hosting online sales in April, A Collected Man has established itself as a force to be reckoned with in the auction space. The British outfit has held five sales this year led by extraordinary timepieces rivaling those on offer at any blue-chip auction house. To give you an idea, previous lots have included an A. Lange & S Söhne Lange 1 “Blue Series,” a Cartier Tank Monopoussoir CPCP, a platinum Daniel Roth Monopusher and an MB&F HM3 Black Frog, to name but a few.

We can’t wait to see what goes under the gavel next.