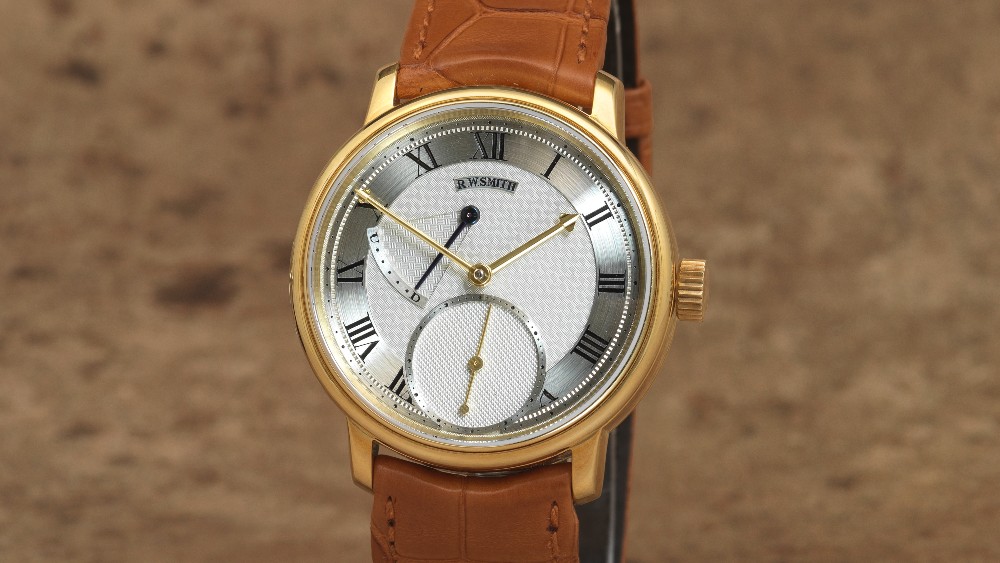 ‘Tis the season for auctions, and there’s an especially exciting one happening across the pond this winter.

Bonhams will host its Fine Watches sale in London on December 14, and it will be led by a particularly remarkable watch from Roger W. Smith: a specially commissioned Series 2.

Roger W. Smith is known for its coveted custom timepieces that are available in extremely limited numbers. The Series 2 was the first model from the brand to be made entirely in-house. Crafted in 2011, this particular example is known officially as commission piece No. 20C. This number indicates it was the 32nd Series 2 ever produced.

The timepiece features an 18-karat yellow gold case that measures a modest 38 mm. The proportions are part of what makes this wrist candy so special. During the latter half of 2011, Roger W. Smith discontinued the production of 38 mm Series 2 models in favor of a larger 40 mm case. As such, this is one of just nine Series 2 watches of this size. It is also believed to be the last of the 38 mm models to have been cased in yellow gold.

The watch has been well preserved over the past decade and is presented in excellent condition, according to the auction house. It comes with all the original accessories, including a finely crafted wooden display box by Linley and the Ownership and Service History booklet. As a result, this collector’s piece is expected to fetch up to $400,000 at the upcoming sale.

It’s not the only humdinger on offer, either. The Fine Watches auction comprises 108 exceptional lots, including a 1972 Cartier Pebble and a single-owner collection of Heuers showing the design evolution over the years from the 1960s through to the ’80s. You can view the full catalog online by visiting the Bonhams website. Alternatively, if you’re in London, you can preview the lots beginning Sunday, December 11 through the morning of the auction on Wednesday, December 14.