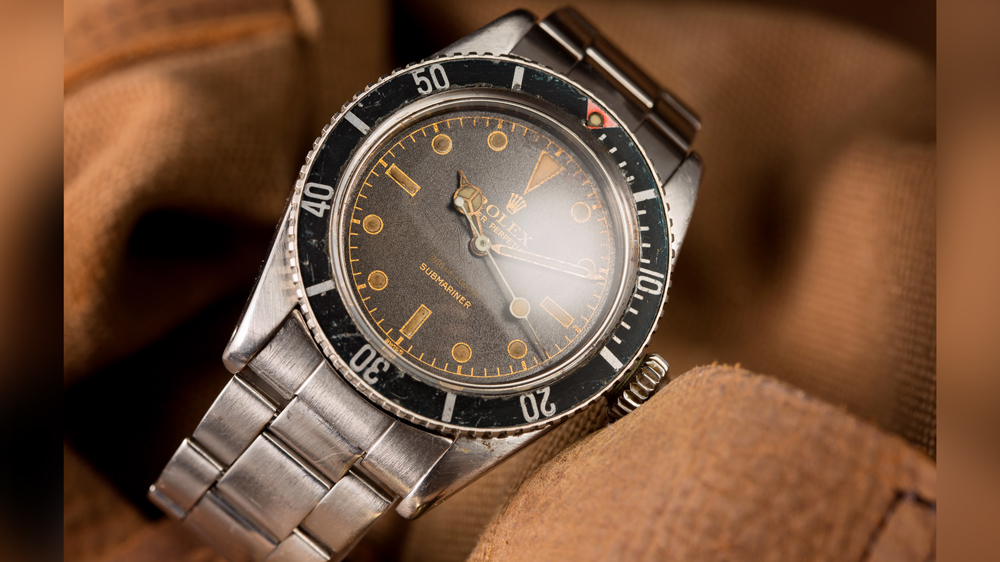 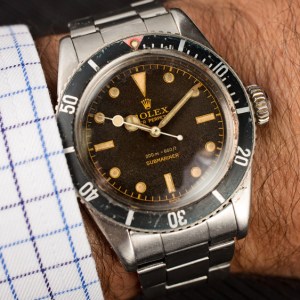 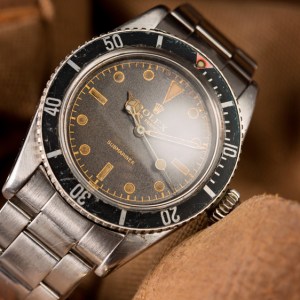 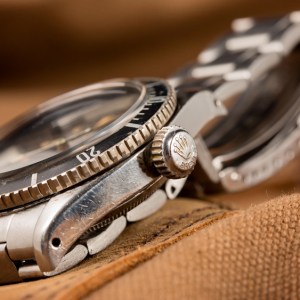 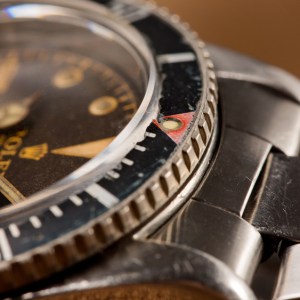 It’s official: We’re getting another round of Daniel Craig as James Bond, sparking the topic of collectible Bond watches around the office. Though there have been quite a few over the years (including his latest Omega Seamaster), the Rolex 6538—AKA the Bond Submariner, AKA the Rolex Big Crown Submariner—remains hugely sought after by collectors.

Connery wore the classic Submariner during the filming of Dr. No, From Russia With Love, Goldfinger, and Thunderball, forever cementing its position as an icon of that era. The watch performed numerous tasks that helped 007 complete the mission at hand, and through each film it appears on a variety of different strap combinations. Produced between 1954 and 1959, few of these gems have survived unscathed, and are often seen fetching between $200,000 and over $500,000 at auction in recent years.

Powered by Rolex’s caliber 1030 self-winding movement, the 38mm cased Submariner’s proportions are falling back into favor in recent years. Other than some heavy patina on its indices and the often scuffed bezel insert, a pristine example is the sort of thing that could almost pass for a modern reissue. After a thorough search we initially came up with slim pickings, with one example being found via Robert Maron in Los Angeles, and a second (pictured here) from the collection of Paul Altieri, whose collection we recently featured here. Paul’s example (listed via Bob’s Watches) dates to 1957 and is one of the cleaner examples we’ve seen recently. Price is available upon request.