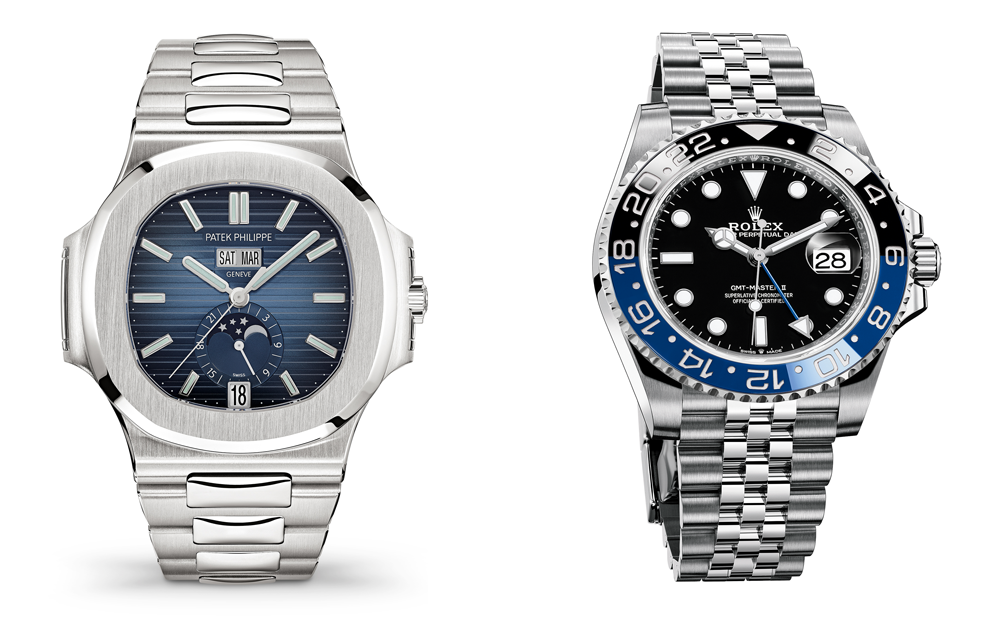 The two most powerful brands in the watch industry have announced they won’t release new products this year.

Rolex and Patek Philippe have both confirmed to Robb Report that they are delaying their 2020 releases in light of the global Covid-19 pandemic. Neither brand will confirm how long they are planning to press pause, but it’s expected that it could be until the end of the year, so don’t plan on getting your hands on the latest GMT-Master, Daytona, Nautilus or Aquanaut anytime soon.

“Following the cancellation of Baselworld 2020 in March due to Covid-19, we had announced that we would unveil our new products at the end of April. Given the global impact of the virus, we have decided to postpone the announcement to a later date,” Rolex announced in an official statement. “We have not currently identified new timing for our releases, but we will get back to you in due course with further information. Our priority at this time is to stand by the people with whom we work and to bring help and support in the best way possible.” Patek Philippe has not yet issued a formal announcement.

The companies are said to confer with each other on business decisions due to the enormous impact both brands have on the watchmaking community and retailers globally. As many brands debated over whether or not to participate in Baselworld 2020 (watchmaking’s largest trade show, which ultimately was canceled this year due to the coronavirus crisis), Rolex and Patek Philippe were rumored to have jointly made a decision not to pull out of the watch fair. If both brands decide to wait and release new product until Baselworld 2021, it will keep the floundering show in business, but should they instead release the product in a new format, away from the trade show schedule, it could be the nail in the coffin for the watchmaking conference, which had been running for over a century before this year’s postponement.

Of course, while there is no official word that the two brands have made the decision to delay product for this year together, it seems likely that the decision made by each brand was not made without consideration of the other and it remains to be seen, in what format, they will handle releasing new timepieces in the future.

Both companies closed their manufactures last month to maintain the safety of its employees, and Patek Philippe recently announced that it would allow its retail partners to sell its watches online for the first time in an effort to help the businesses of their authorized dealers during the indefinite closures of brick-and-mortar locations.

While the news certainly sounds like a major blow to the industry, it may be a good thing for the brands, retailers and buyers alike. It will allow boutiques to play catch-up on lost sales during the pandemic without having to shell out more money for new product. It may also give the brands, Rolex in particular, time to produce (depending on when the manufacture can reopen) more of its high-demand timepieces for hopeful clients.