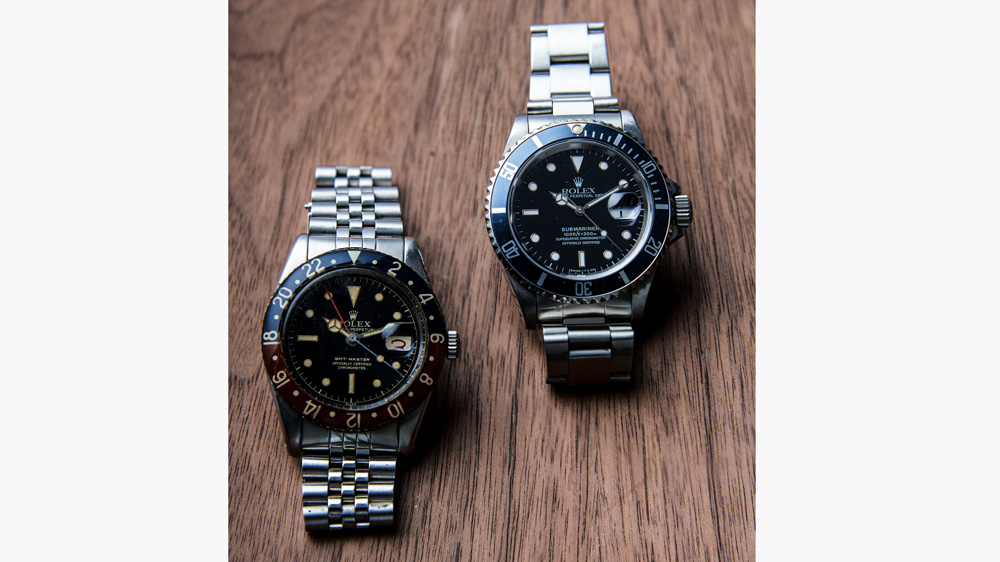 Although Paul Altieri’s obsession with vintage watches took hold a bit later in life, his initial curiosity developed during his youth. “I was a golf caddy at a private club in my teens,” he recalls, “and a lot of the guys—aside from being interesting people and good golfers—wore Rolex watches. They were all quite successful in life, and the whole experience left a lasting impression.”

Rolex remained on his radar for years. To commemorate the birth of his second child, he purchased the Rolex Submariner that continues to be his daily-wear watch. “I wear this thing more or less everywhere,” he says in the boardroom of Bob’s Watches, the high-volume sales platform for preowned and vintage watches he launched in 2010. “Whether it’s to the office, on vacation, or out for dinner, this thing is my go-to.”

When Altieri began to look for a web-based business to invest in, naturally he gravitated toward the watch industry and decided to concentrate his efforts there. However, he never suspected at the time that his choice of venture would give rise to a fixation with the world of vintage watches.

“As we got the business going, the focus was very much on more recent timepieces, but before long this beautiful Rolex 6542 was shipped to us,” he says, pointing to a similar model that is now part of his personal collection. “It was all sorts of wrong. It had the wrong hands, the dial was rough. . . . It was a real project, but I was in love. We restored it, and it stayed in my collection a long time, until I came across a much more pristine example.”

Owning a retail center that buys and sells pieces has certainly contributed significantly to the growth of Altieri’s collection over the years—though unlike many dealers, he is not in the business of flipping models from his vintage collection for profit: “As a rule, when I buy something vintage, it’s for keeps. If someone calls me up because they’ve come across a family heirloom, I want it for myself—not to make a quick buck. The only time a vintage piece will leave the collection is if I wind up with multiples of the same piece. It’s an addictive hobby, for sure, but with markets the way they are, it’s about as good an investment as there is out there.”

Despite the increased scarcity of so-called barn finds in the present environ­ment, Altieri continues to make some remarkable discoveries, among them a Paul Newman Daytona Ref. 6263 and a Padellone Ref. 8171—two of the most sought-after Rolex watches on the planet. But his serious penchant for Rolexes notwithstanding, he has cultivated fairly wide-ranging tastes, as evidenced by his stunning Patek Philippe Ref. 1463 chronograph in gold with an enamel dial. “When I first came across the 1463, I couldn’t help but love it. The case proportions, the raised enamel scale on its dial, and above all, those scalloped pushers. The fact that the Reference is Patek’s very first waterproof chronograph just added to the many reasons I needed to have one in my collection.”