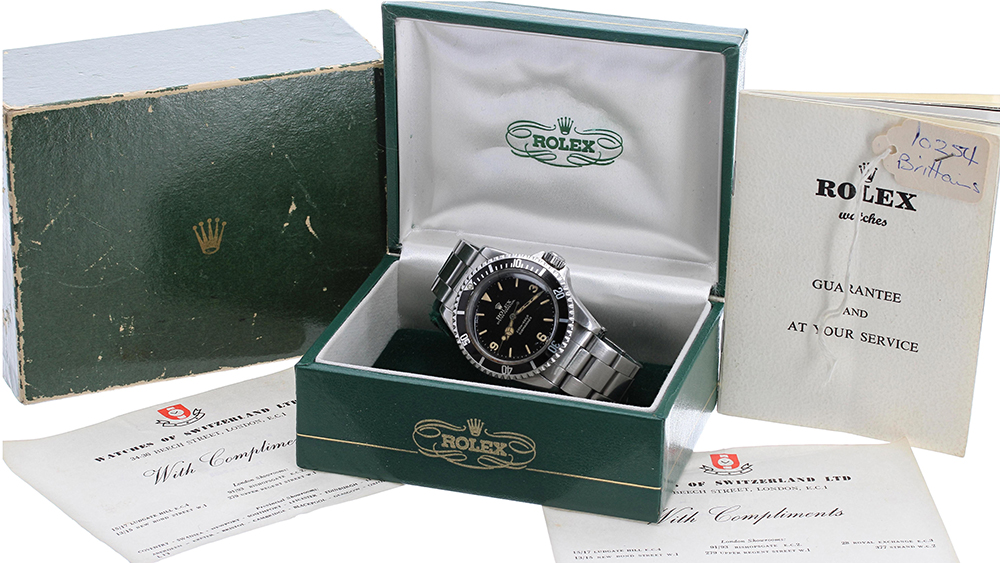 The family of a late miner just struck gold with an inherited timepiece. A Rolex originally purchased for just $90 (£70) in the early 1960s has sold for a quarter mil at auction.

The Submariner 5512, which experts consider to be the Holy Grail of vintage watches, was snapped up by a Hong Kong-based collector during Gardiner Houlgate’s October sale. The watch hammered down for $250,000 (£210,000) in total, leaving the original owner’s family ecstatic.

“The late owner’s family are naturally delighted as this was a very sentimental piece,” David Hare, director and auctioneer at the Wiltshire auction house, said in a statement. “They told us this type of thing never happens to them!”

The special Submariner was bought from Watches of Switzerland by the Mansfield coal miner in 1964 to celebrate his 40th birthday. The watch was then passed on to his daughter and son-in-law—also Mansfield residents—after his death in 1995.

The piece’s new six-figure value is largely due the watch’s exceptionally rare 3-6-9 explorer dial. Submariners featuring this face were only produced for a short period during the early ‘60s, and very few known examples exist with this Crown 62 dial variation. That’s because when the watches were returned to Rolex for servicing, their original dial was typically replaced with a new one. Luckily, this rarity still sports its original. What’s more, it was sold with its original box, guarantee/service booklet and scanned images of the original owner wearing his pride and joy.

Despite being such a coveted piece of wrist candy, Gardiner Houlgate has previously sold nine examples of this model. Back in May of 2016, a Submariner with the same Crown 62 dial went for just shy of $250,000 (£192,000).

“It never ceases to amaze me that, after 60 years, we’re still able to discover such rare pieces,” Hare added. “This sale proves it’s worth checking through your drawers to see what’s there.” There’s no arguing with that wise advice.