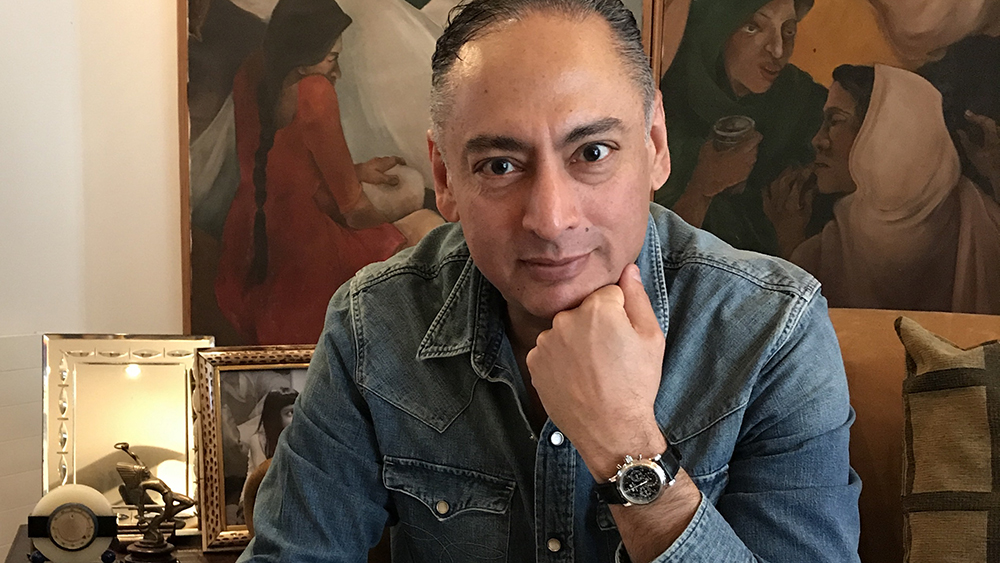 Watch collecting’s usual suspects are typically either big-game hunters after elite complications and provenance pieces, or trophy gatherers working through a Nautilus–Daytona–Royal Oak tick list of predictable blue-chip models. Roni Madhvani is neither. A Ugandan-based entrepreneur of Indian descent, Madhvani has assembled, over the last 30 years, a unique lineup of striking midcentury examples from the golden age of watchmaking. His Instagram fan base of over 24,000 (under his @roni_m_29 handle) tunes in for elegant, predominantly time-only vintage Patek Philippe, Vacheron Constantin, Audemars Piguet and Cartier models outfitted with unconventional cases, lugs and dials. And it’s not just his eye for the unusual: Rising prices for the originals, plus a slew of new releases based on the early-20th-century designs he collects, suggest Madhvani’s singular taste might be spot on the contemporary pulse as well. Robb Report’s conversation with the collector has been condensed and edited for clarity.

How has your perspective on collecting changed over the years?

It’s evolved from acquiring on a whim, gathering a hodgepodge of timepieces—though they did always have an underlying theme of Art Deco—to homing in on watches with an unusual design perspective, mainly from 1945 to 1965. In my humble opinion, that was the Belle Époque era of Swiss watchmaking in terms of creativity.

Which pieces have you been wearing most recently?

The black-dial Cartier Crash as well as some newer acquisitions, including a very rare and unique vintage Cartier Arrondie, a 1950s Vacheron Cornucopia and a unique Cartier Cintrée for which I customized the black dial and the crown with a black spinel cabochon. I’ve customized Cartiers in the past, but after Richemont took over, the brand usually didn’t entertain such requests, and when they did, they were priced at such levels as to discourage collectors. In the last 18 months there’s been a turnaround in terms of considering these. If a custom design is approved, a substantial deposit is paid, and then one may expect the watch approximately 12 months later. I have several Cintrée executions in the pipeline.

You’re currently working on a bespoke commission. What informed the design?

The so-called Chronoscope is based on a pocket watch designed by Robert Cart in the 1930s. It was then produced as a pocket watch by Breguet and Vacheron, and I’ve come across a very early wristwatch version by Breguet that was owned by a World War I fighter-pilot ace. The design embodies Art Deco, and I’ve kept it to a sensible-sized case of 36 mm. I’m not one for the rather large modern timepieces that look like a pressure-gauge dial out of the Titanic boiler room on the wrist.

I’m on the hunt for a retailer-signed Patek Reference 2552, the so-called Disco Volante. Additionally, there’s one remaining Patek designed by Gilbert Albert that’s remained elusive for the last few decades, which would complete my deck of Patek Gilbert Alberts: Reference 3413.

Companies have recently reissued new versions of some of the timepieces in your collection. Do you think that makes you a trendsetter?

Many brands produced very desirable, iconic and classic designs in their pasts. To re-issue them makes absolute sense. However, some insist on a “modern re-interpretation” of a past design. I feel this route doesn’t always work best, though I appreciate the need for larger-sized watches, as past wristwatches were small by today’s standards. I’ve always followed what gives me happiness. I guess today’s trend aligning towards the genre of what I collect is just a coincidence.

How do you organize your collection?

I don’t need fancy watch winders that take up space. I find leather watch rolls that hold six watches or more, to maximize space in safety-deposit boxes. The rolls are organized by brand and metal.

You have such beautiful straps on your timepieces. Where do you find them?

I feel vintage watches with unstitched, unpadded and matte-finished straps exude elegance. I prefer texture, and it’s great to experiment and push boundaries with exotic [hides] like stingray. Such straps are available from the big-name traditional European strap makers, but they’re expensive and take too long. I found a great guy in Vietnam and am happy to share
the details with those that message me on Instagram.

What are some lessons you’ve learned about watch collecting along the way?

One has to be extremely cautious with some brands and models—for example, pre-1960s Cartier. Fakes abound with those. Doing research and learning are essential for vintage-watch collecting, and I think that’s fun. With social media, one has access to some great collectors who are always happy to help and share their knowledge. Lastly, buy quality, always. Avoid compromising on that.