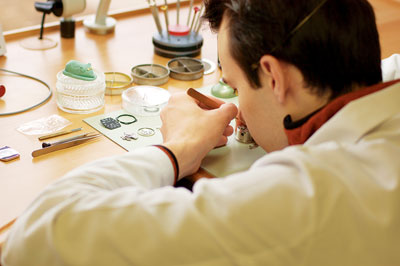 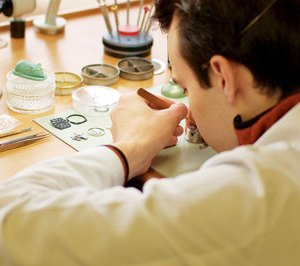 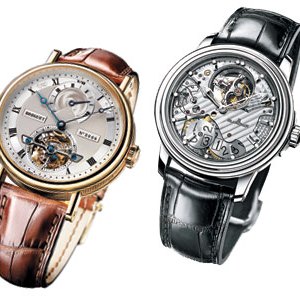 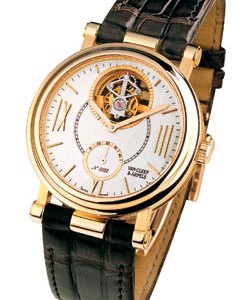 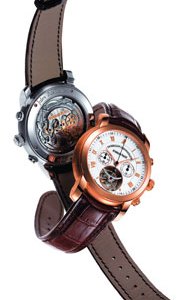 Upon releasing its J12 tourbillon this year, Chanel unwittingly (and perhaps unfairly) became the industry poster child for the commodification of the tourbillon. Some horological connoisseurs shook their heads with dismay: a tourbillon from a fashion brand? More than 100 companies now produce tourbillon watches, a figure unimaginable just a few years ago, and one that has caused consternation in the upper echelons of the industry. Purists worry that Abraham-Louis Breguet’s invention from two centuries ago, which became regarded as the most beautiful and elegant of all watch complications, is being watered down.

The tourbillon, which means “whirlwind” in French, has been revered as one of the most difficult watch complications to execute—one that required the skill of a master watchmaker. The design, which is intended to compensate for the effect of gravity on the watch’s accuracy, demands that the watchmaker enclose the balance and escapement—the beating heart of the watch that contains some of its smallest and most delicate parts—in a self-contained rotating cage. The rotation elegantly cancels the effect of gravity, but to function properly, the entire assembly must be designed and finished with consummate skill, making it both rare and prestigious. The movement’s visual appeal only enhances this prestige and speaks directly to current tastes. “The market for complicated watches has really grown beyond the traditional collector,” says Marc Hayek, president of Blancpain, Switzerland’s second largest producer of tourbillons. “Complicated watches today are trendy, and the tourbillon is certainly the most visibly complicated watch, and that visual appeal probably has just as much appeal as the technical side. The tourbillon also has become a symbol of ‘the very expensive watch on my wrist,’ and there are certainly a lot of people looking to send that message.”

The prestige and profits of complicated watchmaking represent a heady mixture for many middle-market brands whose sales have shrunk along with the middle class. For these companies, the addition of a tourbillon to their lineups means much more than incremental sales. The legitimacy conferred for demonstrating complicated watchmaking savoir faire enables them to demand greater prices for all of their timepieces, making it a small wonder why so many divergent brands have entered the tourbillon arena.

“From the invention of the tourbillon in 1801 until 1986, when we became the first company to produce an automatic tourbillon wristwatch, only some 300 examples of the complication were produced by the industry as a whole,” says Martin Wehrli, director of Audemars Piguet’s museum and patrimony department. Today, 300 is the annual tourbillon production at Blancpain alone.

More surprising than the volume of tourbillons produced is the stunning array of models available from various sources, giving the impression that most watch companies are capable of scaling mechanical watchmaking’s tallest peak. How did the watch industry go from having a shortage of qualified watchmakers just a few years ago to being capable of producing this superabundance of masterpieces? The answer lies in the technology that modern watch factories now employ. “With the digital CNC (computer numerical control) machines we have in the industry, if you are prepared to invest, you can create a large series of tourbillon movements with a very reasonable price,” explains Michel Ferracani, head of watch marketing at Piaget, which two years ago debuted its own ultrathin flying tourbillon movement. “You cannot really compare it with the traditional way to make a tourbillon. The majority of the tourbillon movements you see on the market today are coming from just one or two sources and are not really the creations of the brands themselves.”

In fact, specialty houses such as Christophe Claret and Renaud et Papi are responsible for many of the movements inside the new tourbillon models bearing the names of companies that have little or no experience in complicated watchmaking. Others come from manufacturing brands such as Girard-Perregaux or Piaget, whose aforementioned flying tourbillon movement showed up this year in the Monsieur Arpels Tourbillon from Van Cleef & Arpels, its Richemont sister brand. The exorbitant cost of developing these movements evidently has driven companies to secure returns on their investments by supplying other brands, further proliferating the tourbillon.

But as with most complex devices, not all tourbillons are created equal. A host of criteria, from design to the level of finishing on the movement, can affect the appearance, performance, and longevity of the watch. Accuracy is a particularly contentious point. Although precision was the original objective of the design, the regulation of modern tourbillons often is overlooked or completely ignored. At some factories, tourbillons do not even meet the 6-second-per-day variation standard required for COSC (Contrôle Officiel Suisse des Chronometres) certification.

“Companies often make sacrifices for commercial reasons,” says Peter Speake-Marin, an independent watchmaker who makes tourbillons for Harry Winston and his own brand. “Sticking the brand’s logo or initials across the cage may look cool, but the essence of the technical can be lost. I have seen some movements which could be very precise, but in fact the fault in the watch lies not in the design/construction but in the knowledge of those people making the assembly. A lack of experience among watchmakers and also the pressure by companies to produce can result in a less than perfect product.”

“If a tourbillon is mounted after only a machine finish, it will not work in the same way,” agrees Osvaldo Patrizzi, chairman of Antiquorum Auctioneers, a major force in the secondary watch market. “In this case it is not really a tourbillon, but a gadget with an animated dial. The source of the movement isn’t so important, but the level of finishing is.”

These details are not readily apparent unless you are privy to the manufacturing process of the timepiece. Because watch companies on every level are adept at promoting their histories and heritages in complicated watchmaking, the less experienced watch buyer may have difficulty determining which companies have genuine experience in tourbillon production. “It is quite difficult today to know which brand has what background,” says Hayek. “It is so easy for a company to buy a tourbillon movement and put a case around it.”

While established complicated watchmakers are quick to dismiss some of the new pieces because of technical nuances and accuracy issues, others point out that the essential purpose of the tourbillon has changed with the times and the booming market for mechanical watches. “The fact is, there is no longer really a technical reason to make a tourbillon,” says Piaget’s Ferracani. “The original reason was to counteract gravity in a pocket watch, which sat in the same position for long periods of time. With a wristwatch that moves around a lot, there isn’t the same necessity. [The impetus for making tourbillons] is now far more aesthetic than technical.”

Indeed, the real innovation in tourbillons today is found in watches where the visual usurps the technical. Several of the important makers and a few smaller independents (as well as some unproven neophytes) have been engaged in a race to see who can produce the most elaborate variation on the venerable complication. Franck Muller, Jaeger-LeCoultre, and Gruebel Forsey each developed multiaxis tourbillons that employ a three-dimensional rotation; Roger Dubuis’ double tourbillon operates on the theory that two is better than one; orbiting tourbillons from Jean Dunand and Blu rotate most of the movement with the cage around the perimeter of the dial. All of these concepts have their basis in some technical theory, but their true purpose is to create a dramatic visual presentation.

Whether you believe, as some of the traditionalist brands do, that these flamboyant pieces are little more than flea circuses for the wrist, it is difficult to deny the mechanical virtuosity involved in creating a functioning watch of such complexity. Although these timepieces have their detractors, this has not stopped watch companies from squabbling over whose piece was first, which idea was stolen, and whose watch does not work. Some of these jibes filter into the public discourse through the Internet and the collector community, which only adds to the confusion.

But if innovation breeds controversy, it also produces benefits. “It’s quite important for smaller brands that innovate in complications to come into the market,” says Hayek. “Many collectors will buy things just because they are rare or unusual. I think it is exciting and adds interest to the whole field.”

Interest is one thing many of the newer entries into the market can generate. Consider the aforementioned Chanel J12 Tourbillon, the first highly complicated watch from the brand. Naturally the movement is supplied, in this case from Jaquet, and modified by the La Joux-Perret specialty house. Chanel, however, boldly replaced the baseplate and the bridging with a multipart ceramic construction. Ceramic is used throughout the J12 line, but the tourbillon makes the most extensive structural use of the lightweight material regarded for its heat- and wear-resistance, as well as for its sleek, modern appearance.

Most manufacturers of these new tourbillons make no excuses for emphasizing the visual over the technical. Instead they can justify their entrance into the tourbillon market by pointing to rapid sales. But if the current popularity of tourbillons proves a passing trend, those sales will halt. “Unquestionably, the tourbillon market will contract,” says Gino Macaluso, president of Girard-Perregaux, one of the most respected old-guard makers, which has produced its three gold bridge tourbillon since 1867. “This doesn’t change what we are doing. In the end, the companies with a real heritage in tourbillons will still be valued.” If he is correct, this recent flurry of spinning wheels may soon run its course, leaving 2005 to be remembered as the year of the tourbillon.