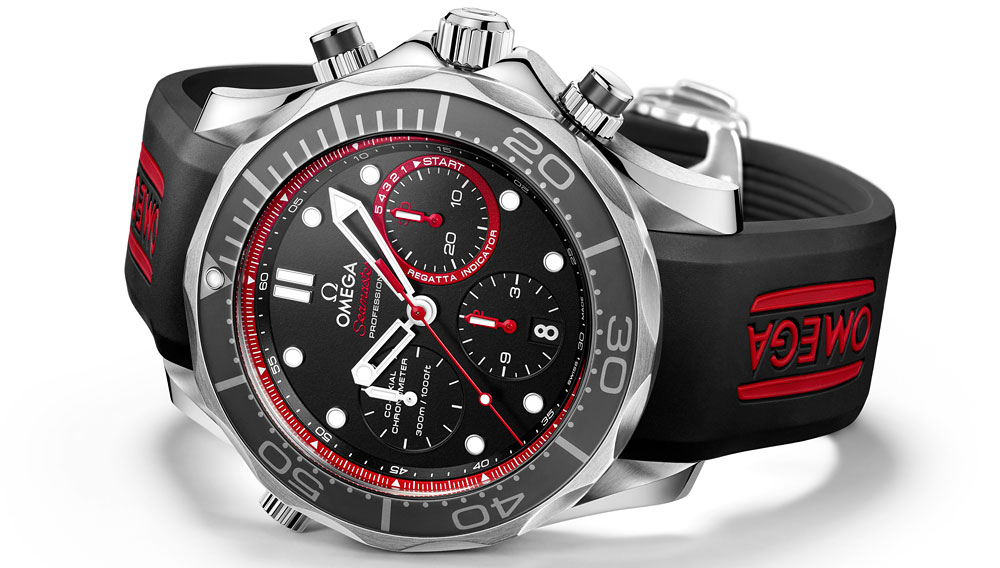 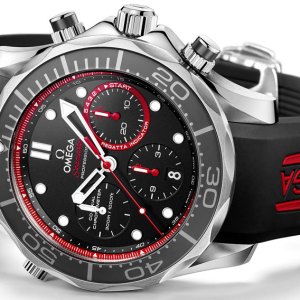 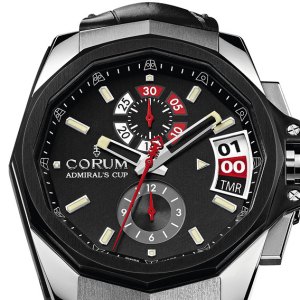 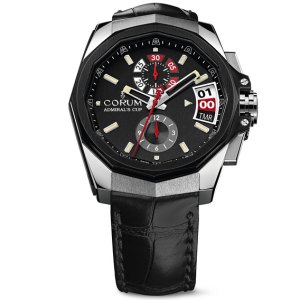 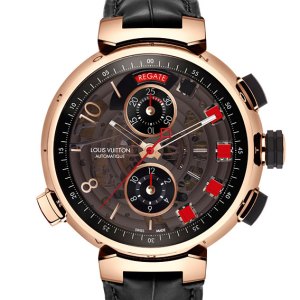 While the boats in the 34th America’s Cup may struggle to make the starting line, watches dedicated to sailing, and racing in particular, have arrived in greater numbers than ever before. The so-called regatta watch, which assists a skipper in timing the start so that the boat crosses the line immediately after—but not before—the gun sounds has become a specialty complication area, with enough differences between the various mechanisms to be interesting. Like all mechanical timepieces, the practical application of the regatta watch is debatable. Serious sailors rely on a variety of often less exalted timing devices for starts. Nevertheless, if you value your time on the water and are interested in something related, stylish, with occasional practical value, one of these marine timepieces may be for you.

Corum’s newest addition to its longstanding sailing-oriented Admiral’s Cup line is the most technically complex regatta watch released in the last several years. Corum built a programmable countdown function operated through the crown. When it is engaged, the countdown minutes at 3 o’clock jump every 60 seconds until the start, after which they stop even if the chronograph is left running for the duration of the race. (954.279.1750, www.corumtimepieces.com)

Omega has taken its most complete water-oriented timepiece—the Seamaster Diver chronograph, rated resistant to water for 300 meters with a helium-escape valve—and wrapped it in the livery of the Emirates Team New Zealand America’s Cup campaign the company sponsors. A simple red countdown scale placed over the first five minutes of the chronograph minute counter neatly (and minimalistically) takes care of the regatta function. You can interpret Omega’s approach as one of purity regarding the functioning of its chronograph or one of realism about the true efficacy of a mechanical timepiece in a technology-driven event like the America’s Cup. (www.omegawatches.com)

As the longtime sponsor of the Challenger series during the America’s Cup, Louis Vuitton has incorporated yachting, like travel, as one of the themes it pursues in watchmaking. This it does with a decided bent toward luxury. The rose-gold version of the Tambour Spin Time Regatta uses an adaptation of the company’s rotating-cube time display for the countdown function of a regatta watch. Like all such timepieces, the function is based on a chronograph movement. The spinning-cube display is just as accurate as the others in its class, but presents itself—if your taste runs to imaginative displays—in a much more stylish manner. (866.884.8866, www.louisvuitton.com)

Just as the defending champion Oracle Racing is the heavyweight in this year’s America’s Cup, the team’s watch sponsor, TAG Heuer, can be considered to hold a similar position in the world of sports watches. Its Aquaracer Cal.72 Countdown Chronograph, with a ceramic bezel and modern detailing, looks the part in this year’s technology-laced America’s Cup. However, many elements, including the five-position “streak” countdown display, echo those of some of the 1970s Heuer regatta watches. The look has subsequently become one of the most widely used formats for regatta timing. (800.321.4832, www.tagheuer.com)