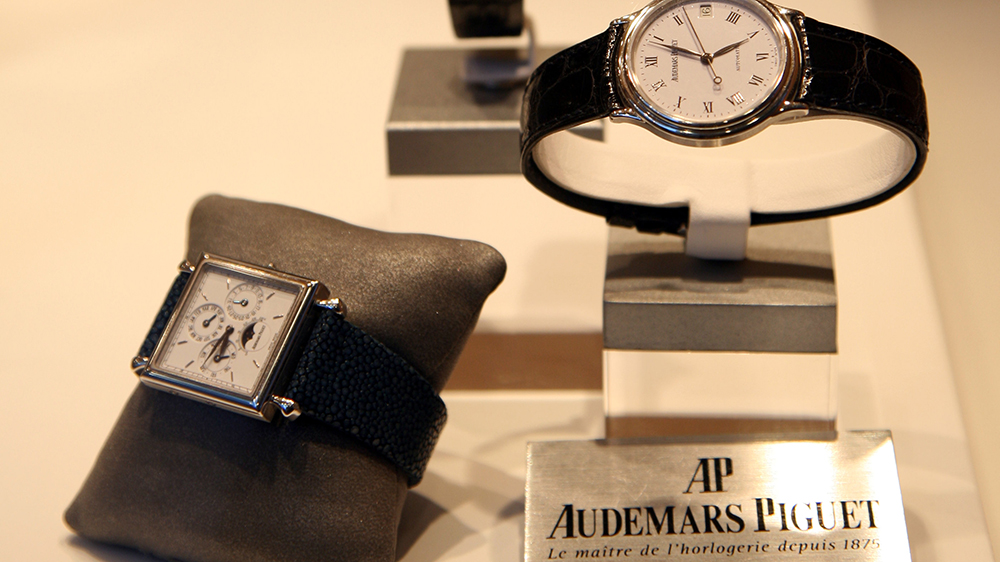 It looks like Russia is countering Switzerland’s sanctions by targeting one of the country’s top watchmakers.

Russia’s secret service has seized millions of dollars worth of luxurious Audemars Piguet timepieces in Moscow following the Swiss government’s implementation of economic sanctions against the country.

Special agents from Russia’s FSB took the high-priced timepieces during a raid on a local AP boutique, as reported by Bloomberg. The haul was said to be worth in the ballpark of several million dollars.

Russian officials said the watches were seized due to customs violations, but Swiss foreign affairs department officials believe the move was “most likely an arbitrary repressive measure in response to the sanctions,” according to a confidential memo.

Audemars Piguet’s watches are meticulously handcrafted in Switzerland and can cost more than $800,000 apiece.  Courtesy of Audemars Piguet

In response to Russia’s attack on Ukraine, Switzerland bucked its signature neutrality earlier this month and joined the US, the UK and Europe in banning the export of luxury goods (including watches) to Russia. The widespread Western sanctions aim to increase economic pressure on Putin and the Kremlin to help put an end to the war.

Bloomberg said Switzerland’s Department of Foreign Affairs declined to comment on the incident in Moscow as it needs to “ensure the safety of the employees of these companies.”

Audemars Piguet also did not immediately respond to Robb Report’s request for comment, but the independent watchmaker appears to have already taken a stand. The family-owned outfit, which has been around since 1875, paused retail operations in Russia and halted exports to the country earlier this month.

A luxury watch mecca, Switzerland is home to heavy-hitters Audemars Piguet, Patek Philippe, Rolex and Jaeger-LeCoultre, to name but a few. Russia imported approximately $280 million in Swiss-made watches last year, according to the Federation of the Swiss Watch Industry. Furthermore, it ranked as the world’s 17th-largest market for these timepieces in 2021.