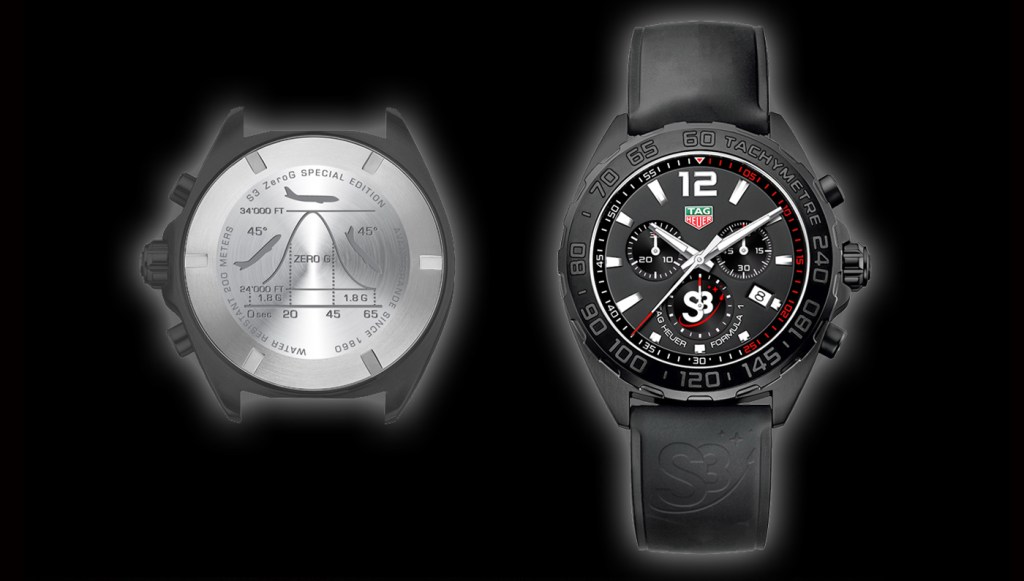 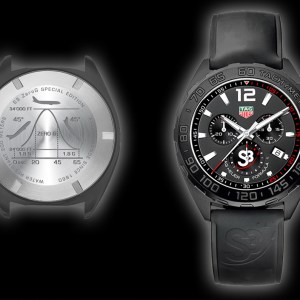 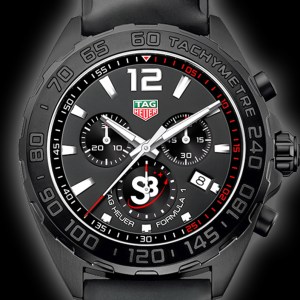 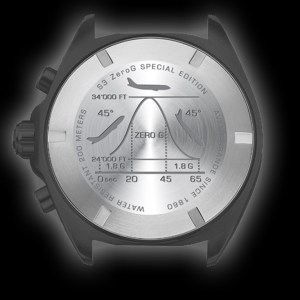 Twenty-five seconds of the sensation of total weightlessness: That is what S3 (Swiss Space Systems) is promising armchair astronauts with its new aerospace program, S3 ZeroG. Partnering with TAG Heuer, S3 has acquired a custom Airbus A340-300, bearing the watchmaker’s livery, that is capable of performing the parabolic descent and ascent arcs needed to simulate weightlessness—the same technique used in the filming of zero-gravity scenes for movies like Apollo 13. Flights will begin as early as September in Switzerland before moving on to the United Arab Emirates and eventually launching in Asia and North America.

To celebrate the endeavor, TAG Heuer has created an exclusive black TAG Heuer Chronograph Formula 1 watch that also serves as a boarding pass onto the plane. Powered by a quartz movement accurate to within a 10th of a second, the watch is coated in titanium carbonite and features a red mark at 25 seconds on the minute track—the length of time spent in weightlessness during each descent. The S3 logo not only sits on the 6 o’clock counter on the dial, but also is embossed on the black rubber wrist strap. To mark the grand adventure, TAG Heuer engraved the plane’s parabolic arc on the back of each watch for the posterity of those who participate in the out-of-this-world experience. (s-3.ch, tagheuer.com)