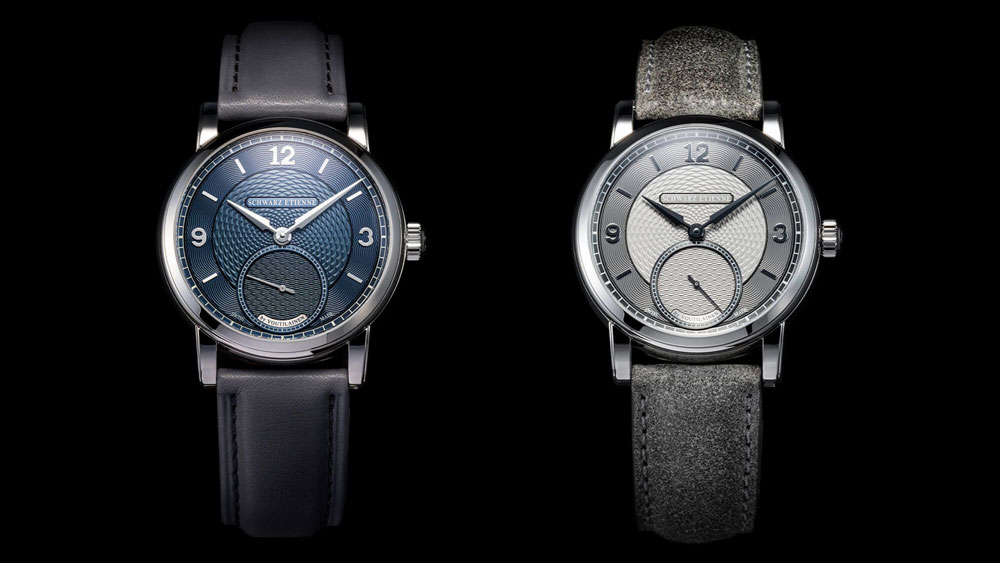 Broadly speaking, there are two types of watch collectors in the world: One is drawn to the mechanics of a timepiece and the other to its look and feel.

In a collaboration sure to make both types sit up and take notice, Schwarz Etienne, a 118-year-old boutique Swiss watchmaking firm known for its modular manufacture movements, and the Finnish master watchmaker Kari Voutilainen have joined forces.

Their collaborative timepiece, the Schwarz Etienne Roma Synergy, comes in a 39 mm steel case and features both names on the dial. And what a dial it is. Created by Voutilainen’s workshop in Switzerland’s Val-de-Travers using a manually operated rose engine lathe that dates back to 1907, the guilloche work on the dial reflects the watchmaker’s singular reputation for exceptional finishing.

Boasting three forms of decoration—including écailles de poisson, a fish scale motif, that appears on the central area; a soleil pattern on the hand-guilloché hour track; and vague guilloché on the small seconds display—each dial requires two days to complete.

Offered in two dial colors, “ocean blue” and “sand gray,” the Roma Synergy is equipped with an automatic movement featuring a micro-rotor, an Etienne Schwarz signature. Voutilainen has applied the same finesse to the finishing of the movement as he did to its dial, including embellishing the ratchet wheel with diamond drops and snailing, hand-bevelling the bridges, and adding guilloché decoration to the balance’s shock protection system, as well as all of the bridges. Beyond all that, the movement has 86 hours of power reserve.

The co-created timepiece is the fruit of a friendship between Schwarz Etienne chief executive Mauro Egermini and Voutilainen, who met a couple of years ago. “He was already aware of the Finn’s exceptional work and reputation, but when the two men chatted, Mauro was struck by Kari’s endearing modesty and immediately felt at ease with him,” said a brand statement. “The two men spoke again on a couple of occasions and, ultimately, they explored the possibility of collaborating in some way.”

The Roma Synergy retails for 27,400 Swiss francs, or about $30,000, and is available in a limited edition of 50 pieces, available in early October.