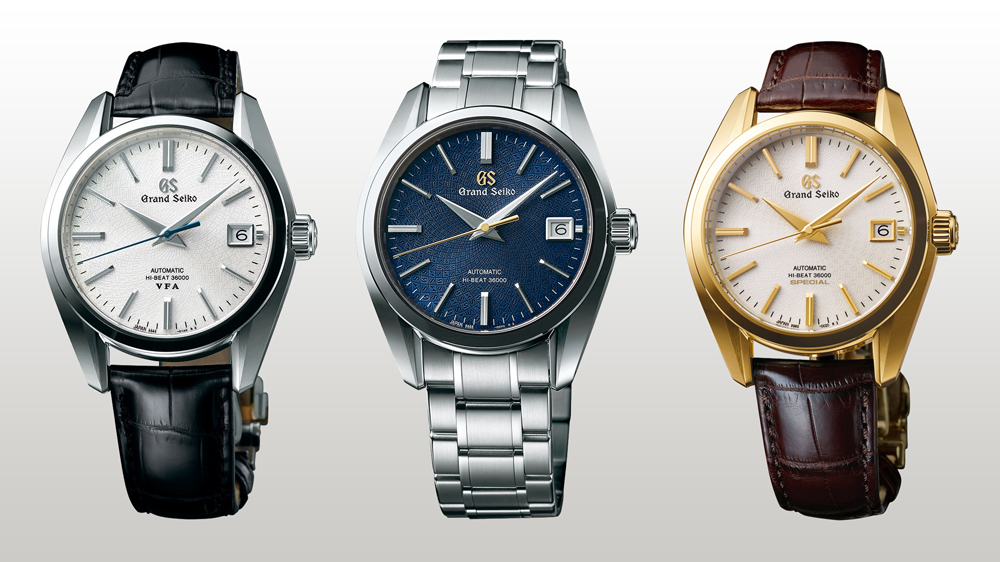 To fully appreciate the authenticity of the Grand Seiko Hi-Beat 36,000 V.F.A., it should be noted that Seiko was always a mechanical watchmaker. It is known as a quartz watch company, which is not surprising since it was the brand that introduced quartz technology to the commercial watch market in 1969 and then reigned as the king of quartz for the next three decades. The transition left Swiss mechanical watchmakers in the dust; those who did not convert to quartz did not survive. But like the Swiss heritage brands, Seiko began life as a mechanical watchmaker, and was an important innovator of mechanical technology. The company started making its own balance springs and mainsprings since 1910, and took home several top prizes in the competitive observatory competitions for mechanical accuracy in the ’50s and ’60s.

The anniversary edition Grand Seiko celebrates two things: the Grand Seiko collection first in 1960 and the brand, formed just last year. Grand Seiko was intended to represent the company’s premium, mechanical-only models, and from the beginning Seiko made it more precise than COSC standards (Official Swiss Chronometer Testing). The Hi-Beat 36,000 V.F.A. commemorates one of the premium movements assigned to the collection 20 years ago, the caliber 9S, which has been continuously improved ever since. It represented the first mechanical caliber Seiko had made in 20 years.

The goal of the 9S was always precision, and one way to achieve that was with a high-frequency movement, something difficult to do because the higher the frequency, the more stress there is on the components of the movement. By 2012, Seiko had found a way to solve the problem by using a highly durable material called Spron for the mainspring. It allowed the movement to deliver more torque, resulting in a more efficient use of power from the mainspring. In 1998, Seiko introduced the Grand Seiko Special Edition Hi-Beat, with Caliber 9S85, beating at 36,000 vph (vibrations per hour) – a higher rate than the standard 28,800 vph. It had an accuracy rating of -2 to +4 per day, which out-performed the COSC accuracy rating of  -4 to +6 daily rate. The 20th anniversary limited edition, the Hi-Beat 36,000 V.F.A. has a precision of  +3/-1 seconds per day.

The V.F.A. designation, which stands for Very Finely Adjusted, is used to define a Grand Seiko with an escapement that is micro-adjusted for high precision. The spiral pattern on the dial alternates the GS Grand Seiko logo with the mark used by Seiko to designate watches made by the team at Daini Seikosha, the company now known as Seiko Instruments Inc., which developed the first Grand Seiko Hi-Beat watch in 1968, 50 years ago. The platinum version of the anniversary edition is limited to 20 pieces, and is priced at $53,000.