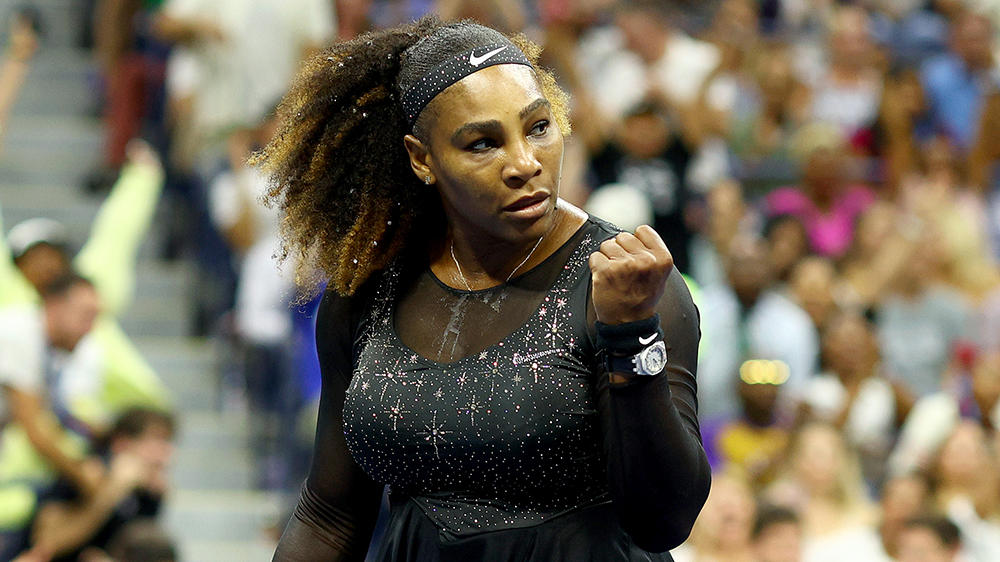 Serena Williams is leaving tennis on her own terms.

The 23-time Grand Slam winner has dressed to the nines for her final US Open. While her on-court looks have dazzled, what really caught our attention at this year’s tournament is the watch she’s been wearing during the first two rounds—an Audemars Piguet Royal Oak Offshore Quartz.

If you watch enough tennis, you’ve probably seen a champion or two strap on a high-end Swiss watch following a big win. That’s not what Williams has been doing, though. She’s worn a Royal Oak during the entirety of the three matches she’s played in the tournament—her singles victories over Danka Kovinic and Anett Kontaveit on Monday and Wednesday, as well as her and sister Venus’s doubles loss to Lucie Hradecka and Linda Noskova on Thursday.

The specific model that Williams has been wearing is a time-and-date Royal Oak Offshore Quartz (Ref. 67540SK.ZZ.A010CA.01). It has a 37mm stainless steel case (which is only 11.1 mm thick) topped with glare-proofed sapphire crystal, as well as a white rubber-clad bezel set with 32 brilliant-cut diamonds. The silver-toned dial features a “Méga Tapisserie” pattern, blackened gold hour markers and luminescent-coated hands.

As the name states, it’s powered by a quartz movement, which may seem sacrilegious to some watch aficionados, but makes sense for a once-in-a-lifetime athlete like Williams. It’s hard to imagine that swinging a racket as powerfully as she does wouldn’t affect the timekeeping ability of even the most robust automatic movement. A representative for Audemars Piguet told Robb Report that the timepiece, which was sold with a white strap, had been customized with a black rubber strap for Williams.

Her choice of wristwear during the 2022 US Open shouldn’t come as too much of a shock, though. Williams has been an ambassador for the brand since 2014 (which happens to be the same year the Royal Oak Offshore Quartz was first made). She’s actually worn the watchmaker’s timepieces on the court since then. It hasn’t affected her performance—she’s won six Grand Slams in that time—so why stop now?