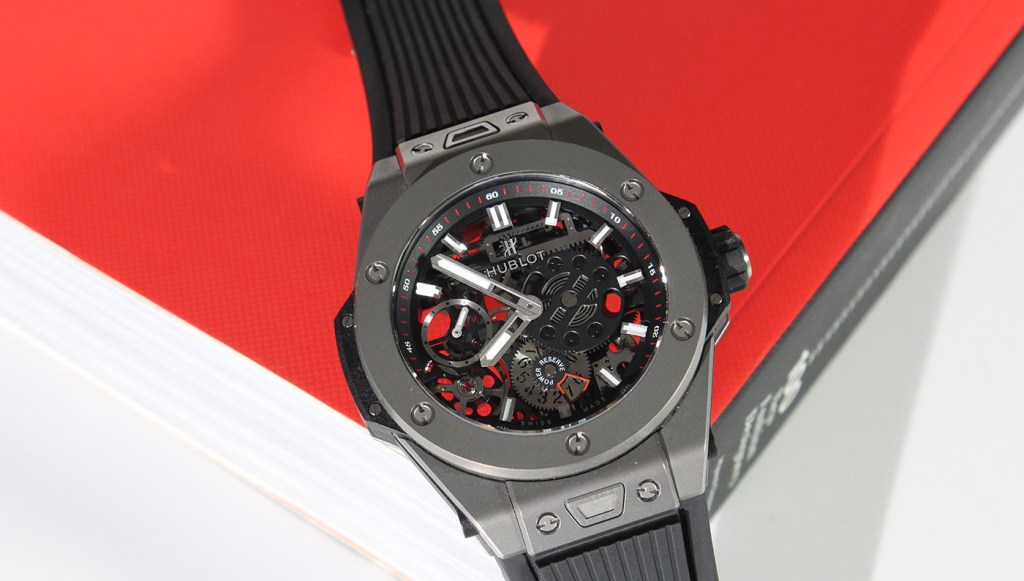 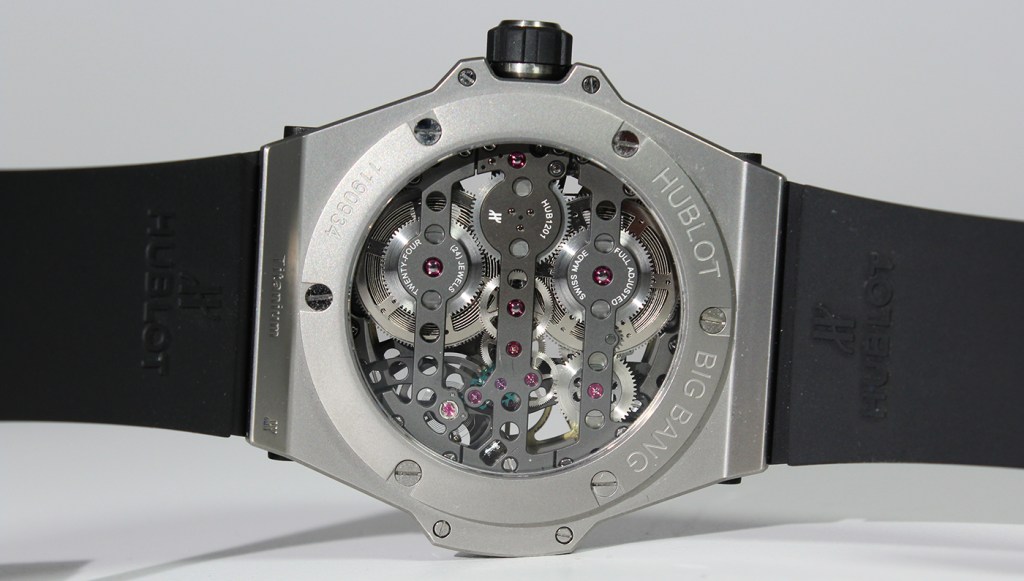 Considering it had been nearly a year since the last time I had crossed paths with the Meca-10, I’m happy to say that the second impressions certainly lived up to the first. The micro-blasted titanium of the Big Bang case is a perfectly understated match to its skeletonized inner workings. The Hublot HUB1201 manual-winding caliber was the talk of the town at Baselworld in 2016, being one of very few in-house designed and built skeletonized calibers to boast such an impressive level of visual appeal—not to mention its significant power reserve. The brand’s movement designers drew inspiration from the vintage Meccano sets so many of us played with as children, including round cut-outs in bridges and a cleverly executed subdial/gear wheel at the three o’clock position that doubles as a secondary power reserve indicator. After an initial examination, suddenly the idea of relying on a single watch for 10 days wasn’t seeming all that difficult after all.