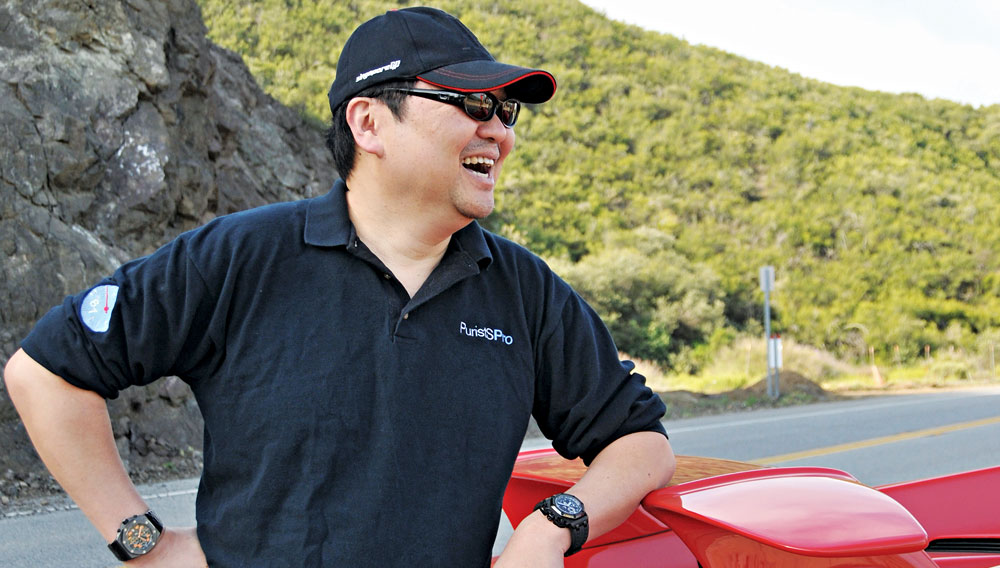 A doctor of psychology, educator, economist, management consultant specializing in consumer psychology, and self-described “serial entrepreneur,” Thomas Mao prides himself on bridging cultures as well as professions. His wide-ranging skill set and boundless energy exhibit themselves in a frenetic schedule that has him traveling continually between his home in China and regular destinations in other parts of Asia, the United States, and Europe. Amid this flurry of activity, his interest in watches remains a constant.

Mao bought his first watch when he was in his early teens. It was a primitive chronograph that he saw advertised in the back of a comic book. A few years later, in the mid 1970s, he was able to afford his first serious watch, a slim Vacheron Constantin. Since then Mao has become an authority on highly complicated watches, particularly those with acoustic features.

Watch companies now court him to help them promote their wares in foreign markets, and a website he started as a sideline, ThePuristS.com, is now a well-trafficked collectors forum. As such, the website reflects Mao’s desire to foster greater dialogue among collectors and other watch customers and thus give them more influence on the watch industry. —James D. Malcolmson

When I began collecting, my trajectory probably was a little bit different from most collectors’. I was very young then, still in my teens, so I had a lot more time to do research before acquiring my first significant piece.

When I made that first purchase, it was based on Vacheron Constantin’s reputation as the best brand in the Swiss watch pantheon. Later I switched my focus to Audemars Piguet because, as a young man, I found the brand’s designs more appealing. I tended to prefer watches that were less well-known, as opposed to seeking a kind of social validation from owning a more renowned watch.

My collecting modalities have evolved over time, though I’ve been interested in high complications almost as long as I’ve been interested in timepieces. As a young guy, I was attracted by high mechanics, by awesome metal finishing, by mechanical function, so therefore I preferred chronographs. One of the many reasons I now like minute repeaters is because they’re the most romantic complication, versus a tourbillon, which is an intellectual complication. Beat Haldimann makes the purest expression of the tourbillon by cutting each central tourbillon cage by hand, the old-fashioned way.

It has been a little bit haphazard jumping from one complication line to another, but I have had the financial ability to acquire whatever has moved me at the moment.

Collectibles are objects that people seek out nearly always with the goal of monetary appreciation. Collectibles are viewed as repositories of value. “If I buy this,” people say of collectibles, “in the future I’ll have something that’s going to be worth 50 percent more or three times more than it is now.”

The punters, the speculators, they’re the ones who measure their ROI in terms of market appreciation, because they buy to sell. They watch collectors and see what they seek out.

Value Should Be Subjective

The rose-colored-glasses view of the world holds that you can gain access to the most coveted watches by developing good relationships with the authorized dealers who usually get first crack at the best pieces. This is what the watch industry wants you to believe. But the reality is if you’re the best customer of an authorized dealer, he won’t necessarily call you first. Instead, he’ll contact people who might become his new customers. Such a dealer deserves no loyalty.

It is best to define for yourself what intrinsic value is. That’s something collectors can do only for themselves. Depending on the individual collector, a watch’s intrinsic value might lie in its patrimony, its finishing, its reliability.

The prices of some great, classic column-wheel-based lateral-clutch chronographs represent tremendous value, because traditional chronographs are not in vogue today. Collectors can make some of the most raving, incredible deals for Audemars Piguet sonneries, which are many times more costly and difficult to make as a minute repeater. When you can pick up an AP quarter repeater sonnerie with provenance for $65,000, that’s like buying an Aston Martin for $25,000.

The deals are where the widest deltas exist between intrinsic value and market value, the latter of which is usually defined by the punters and speculators. Collectors who know what they’re after can capture that value.