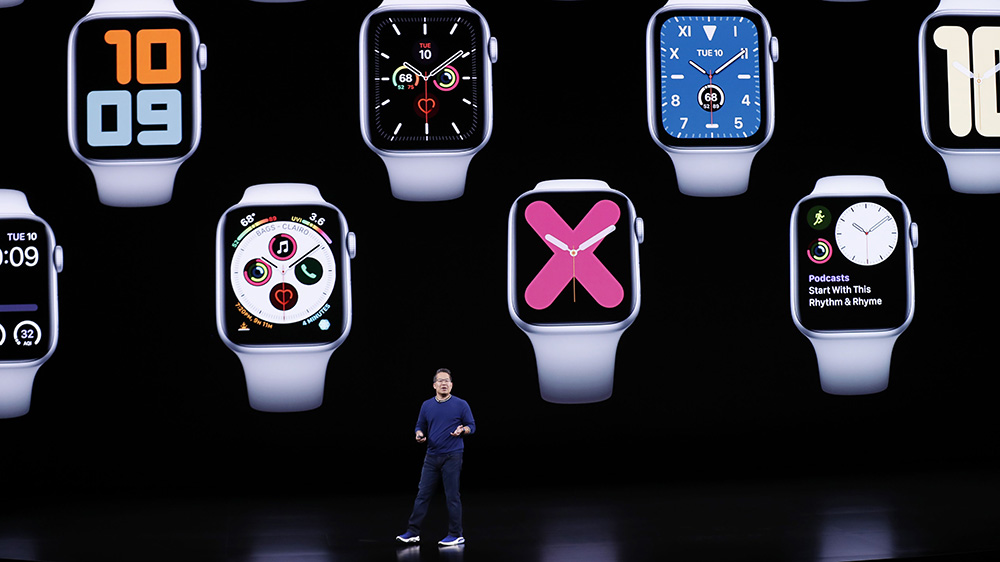 Smart watches are here to stay. And that’s not an anecdotal statement, that’s based on new research showing that the category is now outselling traditional timepieces in America. The industry’s three leading names—Apple, Samsung and Fitbit—are now among the top five best-selling watch brands in the country by value.

According to a new study by the market research group NDP, smartwatch sales are soaring: they’ve risen by over 24 percent in the first half of 2019 compared to the same period last year, according to a breakdown of the study by Hodinkee. Additionally, the group now estimates that the smartwatch market is now worth $5 billion in the US alone.

The 24-percent jump during the first half of 2019, comes on the heels of a 51-percent increase in dollar sales and a 61-percent increase in unit sales for 2018 as a whole. The success of the last 18 months leads NDP to believe that smartwatches have turned a corner in the US and are now part of the mainstream. The group estimated that one in four Americans aged 18 to 34 now owns a smartwatch.

“The ability to be truly connected via built-in LTE without the need to have a smartphone nearby proved to be a tipping point for consumers,” Weston Henderek, director and industry analyst for NPD Connected Intelligence, said in February after those numbers were released. “They now recognize the value in being able to complete a wide range of tasks on the device, including receiving notifications, messaging, accessing smart home controls, and more.”

As impressive as these numbers are, the clearest sign of the smartwatch’s ascendance is that smartwatch brands now make up three of the top five best-selling watch brands by value. While NPD would not disclose estimate sales numbers, they rank the top five brands as follows: Apple, Rolex, Fitbit, Patek Philippe and Samsung.

Of these brands, Apple appears to be out in front by quite a margin. Another study, from IDC and Strategy Analytics, estimates that the company shipped 23 million Apple Watches in 2018, about half of the smartwatch shipments worldwide. And with the company having just announced the latest iteration of its watch—the Series 5, the first to feature an always-on display—earlier this week, these numbers might just be the start of that dominance.