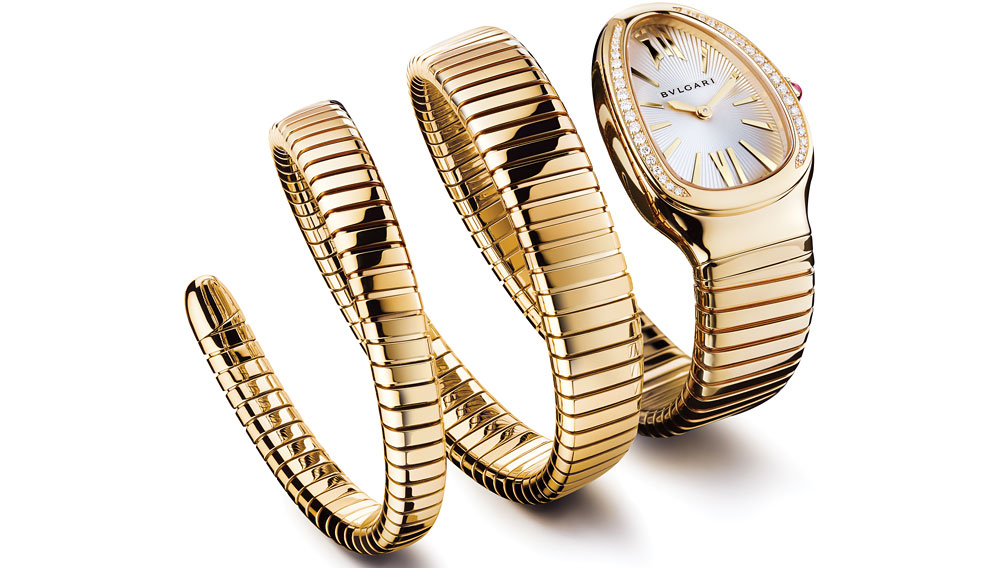 The technique behind the snakelike coils of Bulgari’s Serpenti watches may be older than the company itself. The tubogas technique—which involves interlinking long strips of metal around a removable form—first appeared sometime in the 19th century and remained popular until the 1940s, a period when Bulgari applied the construction to some of its early snake watches. While snakes have remained an important motif for the company, Bulgari did not use tubogas again until the 1970s. More than 30 feet of gold strips go into a double-coil Serpenti, and its flexibility makes it perfect for a woman who has no fear of bold design, or of reptiles.