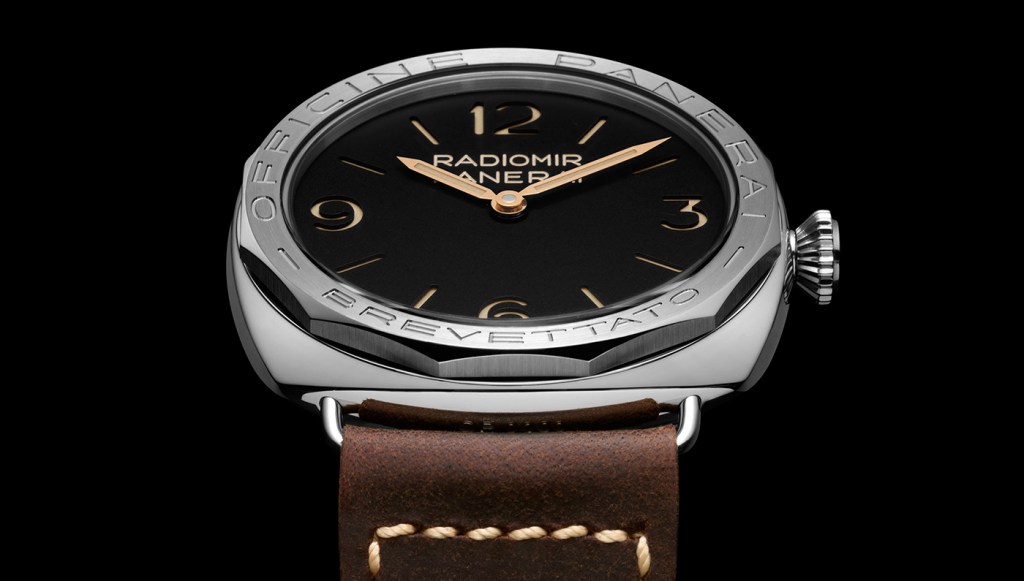 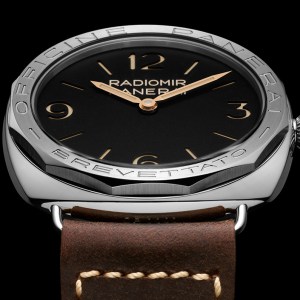 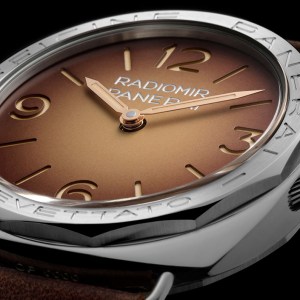 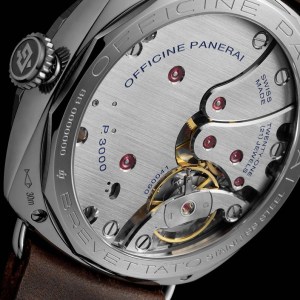 As the big watch brands gear up for January’s annual Salon International de la Haute Horlogerie (SIHH)—the annual event where a selection of high-end brands unveil the year’s new timepieces—Panerai has dropped cover on a pair of special-edition timepieces that pay homage to the brand’s military heritage, the Radiomir 3 Days Acciaio with either a black or a faded-brown dial. Of the pair, there’s something quite charming about Panerai’s execution of the brown model (the PAM687) and its ability to replicate the kind of dial fading that can occur with vintage watches over the course of decades. The trend of reissuing past vintage models is by no means new, but using a browned luminous material to give a piece that aged look is not particularly common. And in the case of this new Panerai, it works extremely well.

Both watches are fitted with a 12-sided bezel engraved with the words “Officine Panerai—Brevettato,” a reference to the patented luminous material Panerai developed in the early 20th century. The pieces are a nod to a series of watches the brand presented to the authorities of the Royal Italian Navy in the 1930s as they began testing new watches and other underwater instruments.

Both watches boast hefty 47 mm stainless-steel cases, thick untreated leather straps, and most notably, are powered by Panerai’s in-house P.3000 hand-wound mechanical movement, which has a power reserve of 72 hours. Pricing has yet to be announced for either model, although we expect further details to be announced in January. (panerai.com)