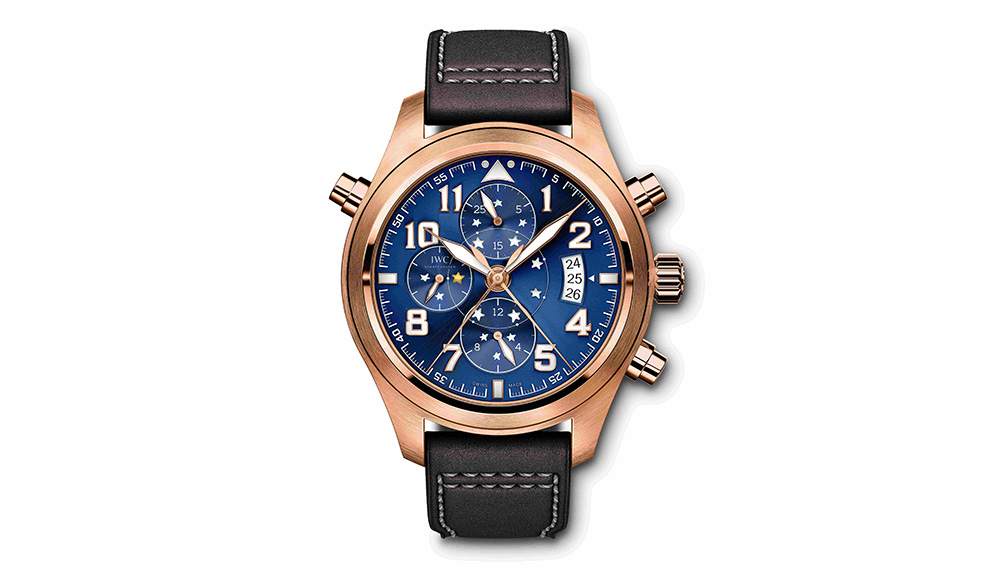 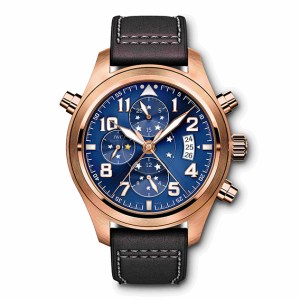 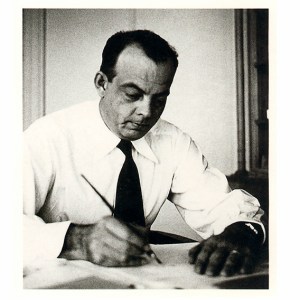 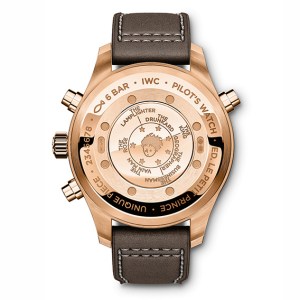 London, October 6, 2015 –Sotheby’s Geneva and Swiss luxury watch manufacturer IWC Schaffhausen are proud to offer a stunning unique piece, which will be auctioned during Sotheby’s sale of Important Watches on 10 November 2015 in Geneva. The Pilot’s Watch Double Chronograph Edition “Le Petit Prince” (Ref. IW371810) in red gold combines the technical sophistication of an impressive split-seconds mechanism with a wonderfully whimsical feature made up of seven stars – echoing the famous tale of „The Little Prince” and the personality of his creator. All the proceeds will benefit the Antoine de Saint-Exupéry Youth Foundation, the charitable organization dedicated to supporting disadvantaged young people all over the world through local initiatives, providing education and training.

Looking ahead to the sale, Tim Bourne, Sotheby’s Worldwide Head of Watches said: “It is a pleasure to offer this specially-designed IWC timepiece as part of our November 10th auction in Geneva. The watch combines a wonderfully striking design with technical workmanship of the highest order. We are delighted to once again join forces with IWC Schaffhausen in support of work of the Antoine de Saint-Exupéry Youth Foundation.”

The much-loved tale of “The Little Prince” has been told and re-told through generations, and has been translated into more than 260 languages and dialects. At the heart of the celebrated young character’s allegorical odyssey are his journeys to seven planets, upon which he meets an array of seven unique inhabitants: the king, the vain man, the drunkard, the businessman, the lamplighter, the geographer and finally a rose.

Each stage of the little prince’s journey is incorporated into the design of this specially-created Pilot’s Watch Double Chronograph Edition “Le Petit Prince”. The midnight-blue dial of the watch includes a surprising and playful feature: a jumping star display is arranged inside the faint line of the circle at its centre. Each day of the week, this captivating display lights up a different star in glittering gold, symbolizing the different planets visited by the Little Prince. They, along with the names of their inhabitants, are engraved on the back of the watch. The reverse side of the case also features a portrait of the prince himself, allowing the wearer to know which realm the little boy is visiting at any given moment.

As well as the poetry of the “jumping stars”, the Pilot’s Watch Double Chronograph Edition “Le Petit Prince” combines all the features of a watch designed for flying. Among them, the chronograph split-seconds hand complication – also known as a double chronograph – whose sophistication is often underestimated. Its two stop-watch seconds hands mounted one on top of the other present watchmakers with a challenge, and allow the owner to reliably record intermediate times, even within the same minute.

Further impressive functions in this fascinating variant include automatic winding, chronograph with aggregate time recording up to 12 hours, and a soft-iron inner case as protection against magnetic fields.

The proceeds from the sale will benefit the Antoine de Saint-Exupéry Foundation, in support of a hospitality and catering school in Mae Sot in Thailand. The centre offers training and a comprehensive education programme to disadvantaged young people from the region, in particular those of Thai Karen origin. Those attending the school gain professional experience as well as formal education, giving them vital tools and access to a better future.