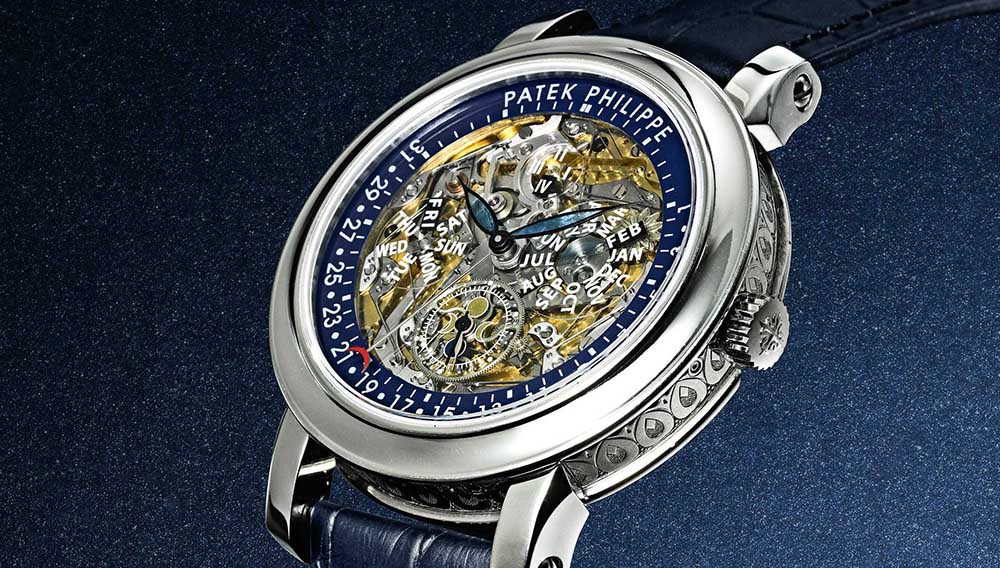 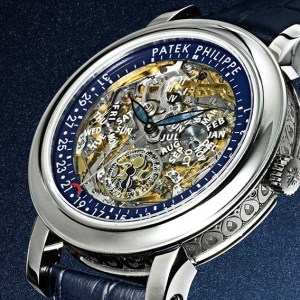 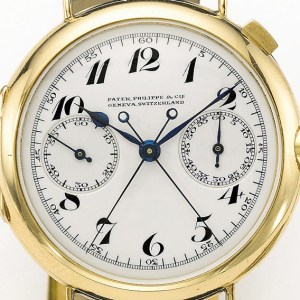 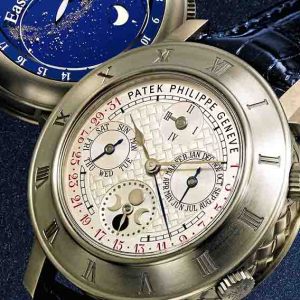 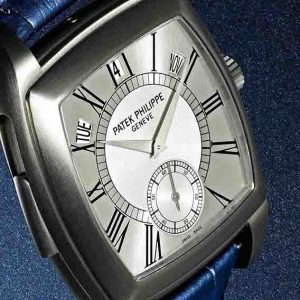 On June 10, Sotheby’s New York will bring an impressive selection of timepieces to the auction block in for its Important Watches Including the Titanium Collection sale. Most notable among the sale’s 175 lots is the Titanium Collection, a selection of 10 previously unknown Patek Philippe timepieces accumulated by a private collector with an apparent predilection for titanium—five of the pieces feature custom titanium cases. Holding a presale high estimate of $1.5 million, the auction’s top lot is a one-of-a-kind titanium version of the Patek Philippe Sky Moon Tourbillon, an extremely complex horological achievement that features 12 complications, including a tourbillon, perpetual calendar, sky chart, moon-phase indicator, and minute repeater. Another highlight is a vintage 1923 Officier, Patek Philippe’s first split-seconds chronograph, which carries a presale high estimate of $1.2 million.

An auction standout that came as quite a surprise to the Sotheby’s team was one of the custom titanium Patek Philippe models—a relatively unremarkable watch, previously unknown (like the other titanium pieces). During their research, the team had the crystal on the back of the watch’s case tested, only to find that instead of quartz or rock crystal, it was in fact a 9.44-carat, internally flawless D-color diamond. This discovery immediately shot the watch’s presale estimate, which had been in the tens of thousands of dollars, up to a high of $500,000, making it one of the auction’s top lots.

In addition to the Titanium Collection, the sale will also offer exceptional pieces from many of the world’s top manufactures, including Jaeger-LeCoultre, Hublot, Audemars Piguet, and Franck Muller. Beginning June 7, Sotheby’s will display all 175 lots, which have a combined low estimate of $6.4 million, at its New York showroom. (www.sothebys.com)