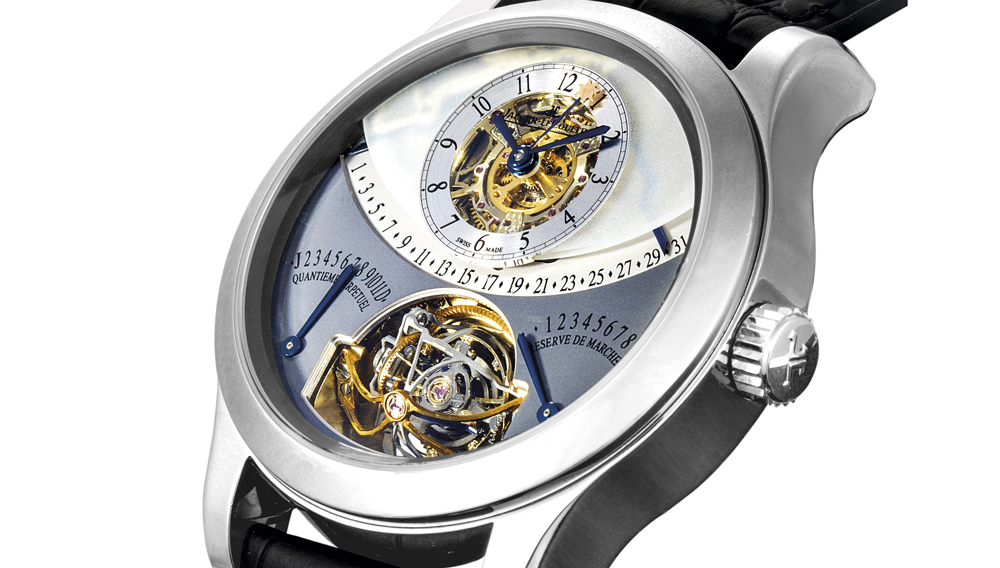 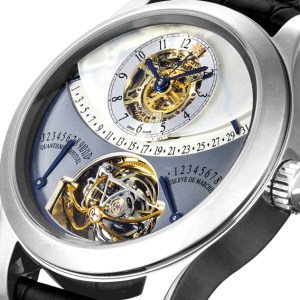 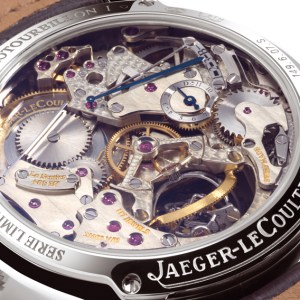 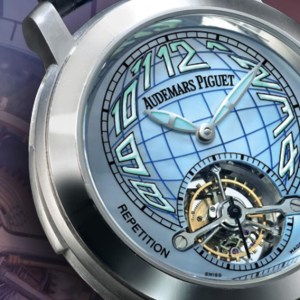 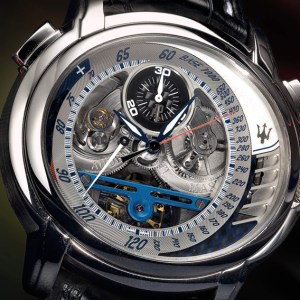 More than 400 exceptional timepieces are set to cross the auction block April 7 at Sotheby’s Important Watches and Important Wine & Watches sales in Hong Kong; the latter sale features items from a collection amassed by a single horological aficionado (and wine enthusiast).

Among the most outstanding lots from the sale—one of the largest private single-owner sales of wristwatches Sotheby’s has ever held—is the Jaeger-LeCoultre Gyrotourbillon 1 platinum perpetual-calendar watch, which features the world’s first-ever spherical tourbillon. One of just 75 examples (each made from start to finish by a single Jaeger-LeCoultre artisan), the watch has an eight-day power reserve and nearly 700 parts. The gyrotourbillon inside is crafted from ultralightweight aeronautical aluminum, weighing just over 1/1,000 of an ounce. “The extra-light material enables the outer carriage to finish a complete turn within 60 seconds,” says Sharon Chan, head of watches for Sotheby’s in Asia; “the inner carriage rotates even more rapidly, completing a turn every 24 seconds. This is highly impressive and technically challenging to achieve.” Chan also praises the watch’s visual appeal: “It manage[s] to radiate absolute slenderness and elegance. The watch astonished the horological world when it was first launched and represents a very important milestone” for Jaeger-LeCoultre. The watch is estimated to fetch between $150,000 and $250,000. Despite the large number of items being offered by the private collector, Sotheby’s says that these pieces represent just a fraction of his full collection.

The Important Watches sale will offer a number of other impressive timepieces, including a limited-edition 2011 Richard Mille skeletonized tourbillon—estimated to bring upwards of $300,000—and a vibrant platinum-and-pink-gold perpetual-calendar minute repeater by Patek Philippe valued at nearly half a million dollars. (sothebys.com)