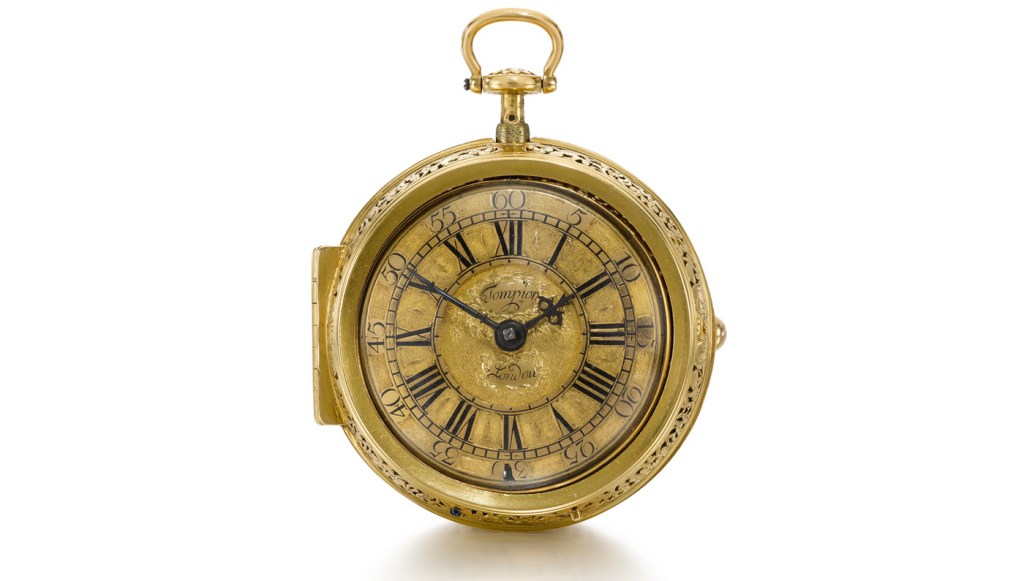 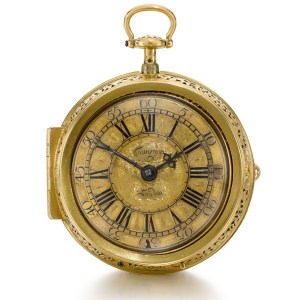 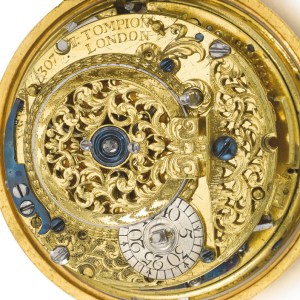 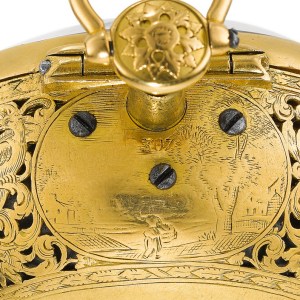 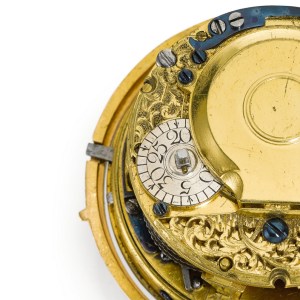 A stunning example of horologic history found a new steward when an extremely rare Thomas Tompion Gold Pair Cased Quarter Repeating Verge watch sold through Sotheby’s for more than $233,000 on December 15 in London. Dated 1708, the timepiece is numbered 307 and represents one of fewer than six complete examples of a gold repeating watch known to exist from the pioneering British clockmaker.

Dressed in gold champlevé, the dial features concentric circles that display roman numerals and half-hour divisions on the inside ring and Arabic numerals and minute indices on the outside. The face is also graced with blued-steel beetle and poker hands (common to the period) as well as two cartouches (ornamental ovals) displaying the words “Tompion” and “London” that are bordered by cherubic children bearing flowers.

The coupled cases are pierced for sound clarity and adorned with engravings of a fisherman on a lake, trumpeting angels, lush foliage, birds, dolphins, and other whimsical elements. Timekeeping is controlled by a verge escapement, one of the first mechanical versions of the component. The movement also presents an artistically accented balance assembly, diamond endstones, and Tompion’s own specific take on a repeater complication that chimes to denote the hour and quarter-hour with a pair of polished steel hammers on a bell.

Sotheby’s itself has played an important part in the timepiece’s provenance, as the auction house has had it cross the block before—once in 1955 and again in 1973, in London and Zurich, respectively. This time around, the prized collectible was part of a sale titled the Celebration of the English Watch, Part III, the Genius of Thomas Tompion. The 60-lot selection also included two others from the master along with a gold pocket chronograph from 1902 by Charles Frodsham. Originally commissioned and given as a gift by industrialist J.P. Morgan, Frodsham’s finished work fetched about $368,000. (sothebys.com)