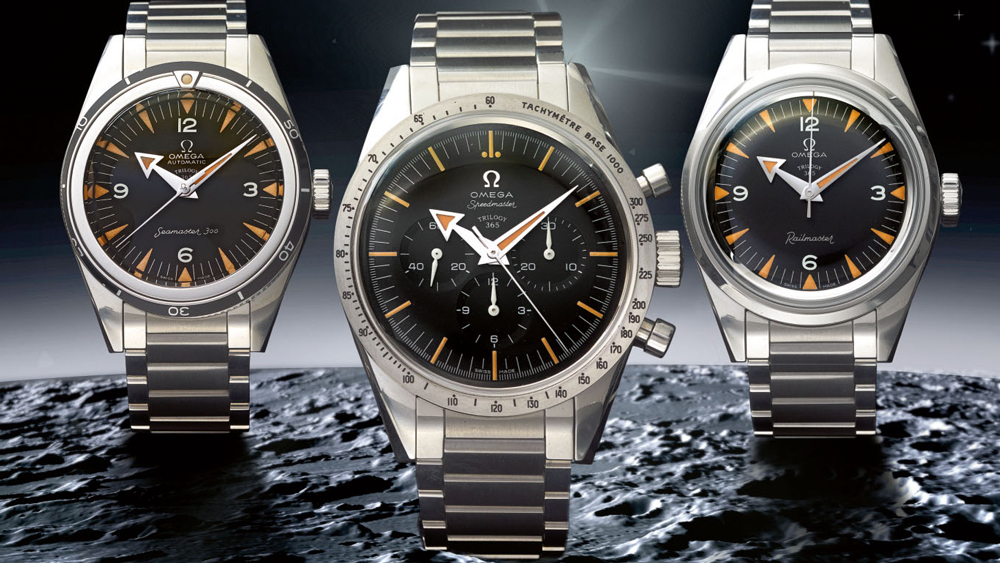 The hoopla over this month’s 50th anniversary of the moon landing is about to reach full tilt. On July 19, the day before the big day, Sotheby’s is holding a sale, “Omega Speedmaster: To the Moon and Back – Celebrating 50 years Since Apollo 11,” featuring a tightly edited selection of rare Speedmasters, the wristwatch of choice for NASA astronauts since 1965.

Worn on all six lunar landings, the Speedmaster, aka the “Moonwatch,” is an icon of 20th century watchmaking.

Among the highlights of the sale are two examples of Reference 2915-1, the first model in the Speedmaster series, distinguished by a unique dial configuration, a tachymeter scale engraved into the metal bezel, a lack of crown guards, an applied Omega logo and large “broad arrow” hour hands, powered by the famed caliber 321.

Another sale highlight is an Alaska III Prototype, a Speedmaster created in 1978 for NASA’s Space Shuttle program, designed with anti-reflective crystal and an easily legible black dial with luminous tritium and radial counters.

“We are very excited to offer a vast selection of vintage Speedmasters in our sale on the 19th, ranging from the reference 2915, introduced in 1957, to a modern example from 2008,” says Nate Borgelt, head of sale for Sotheby’s Watch Department in New York. “This broad spectrum of watches shows that the core Speedmaster was nearly perfected over 60 years ago when it was first introduced, as it has not changed tremendously in the decades since. A truly timeless classic, the varied selection on offer features examples for both the established collector as well as those just getting started.”

The 50 pieces on offer—spanning 50 years, from 1958 through 2008—will be displayed during a public exhibition beginning July 15 at Sotheby’s New York headquarters, alongside its Space Exploration auction, which takes place July 20.

The curated selection of watches, all vetted by Omega, is a window into the birth of the sports watch category.

“When the Speedmaster Reference 2915 was released in 1957, ‘sports’ watches were a small segment of the larger watch market,” Borgelt says. “The Speedmaster helped propel the segment into mainstream use. It redefined the chronograph wristwatch, and created a template that is used today—made for actual, practical use.”

“From a mechanical standpoint, the watch’s original utilitarian design was accompanied by one of the most celebrated movements in horological history, the caliber 321, which Omega re-introduced this year after 50 years,” he adds.

Bids for the July 19 Speedmaster sale can now be placed online.